For the first time ever, PBOT installed a large flashing sign on Northeast Broadway telling drivers there was a traffic death last Friday and to travel with care. 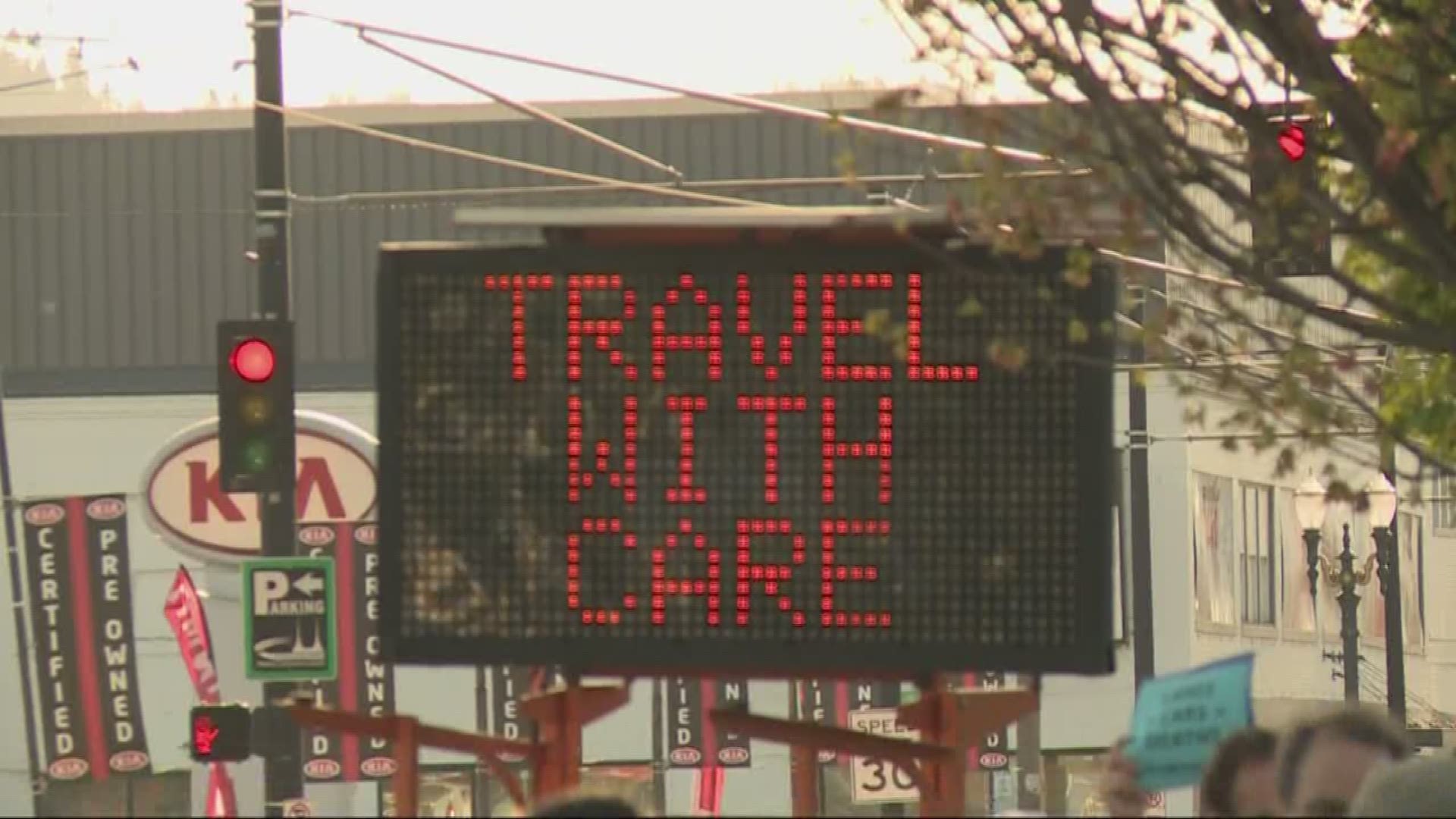 PORTLAND, Ore — Traffic safety advocates and community members are sending their message loud and clear. They want Portland city streets to be safer for everyone.

Dozens of people came together on Wednesday at the corner of Northeast Broadway and Grand Avenue. It’s where Lori Woodard died while she was crossing the street last Friday.

On Wednesday, for the first time ever, the Portland Bureau of Transportation installed a large flashing sign on Northeast Broadway telling drivers there was a traffic death last Friday and to travel with care. Dylan Rivera with PBOT said it’s part of the city’s new response from now on after traffic fatalities.

There was also a change made to the walk signal, giving pedestrians a head start so drivers see them sooner.

“Pedestrians get a walk sign while the car traffic stays with the red light,” explained Rivera.

But then, early Thursday morning Portland Police reported yet another traffic fatality.

Just before 1 a.m., police cars and flashing lights could be seen on Northeast Columbia Boulevard near the airport in North Portland. It’s where Portland Police say 77-year-old Larry D. Dills Sr., a delivery truck driver, died when he had gotten out of the truck to close a gate and a taxi cab driver hit him.

“We as citizens and activists are not willing to tolerate more people getting killed. We demand a transportation system that supports safety and equity over speed and convenience for people in vehicles,” said Kasandra Griffin, Executive Director of the Community Cycling Center.

“Bike Portland is out here to say this is enough, like these streets need to be safer,” said Caroline Crisp, the media liaison for Bike Loud PDX.

They're calling for the city to do more to protect people like Woodard.

“She was just walking across the street carrying her groceries. She should be able to do that safely. We should have a system that supports people walking where they need to go without getting killed,” Griffin said.

Rivera said the city is also starting a pilot program that will install plastic speed bumps in problematic intersections to direct cars into a wider left turn. The thought process behind the idea is that it would give drivers more time to take the turn, and help them see pedestrians sooner instead of taking a quick left turn.

This weekend the intersection at NE Broadway and Grand Avenue will get more paint and posts. More permanent changes are expected to take place within the next 1-5 years.