Teekah Lewis' mother said police are searching for a man who may have been at the bowling alley where her daughter was last seen 21 years ago. 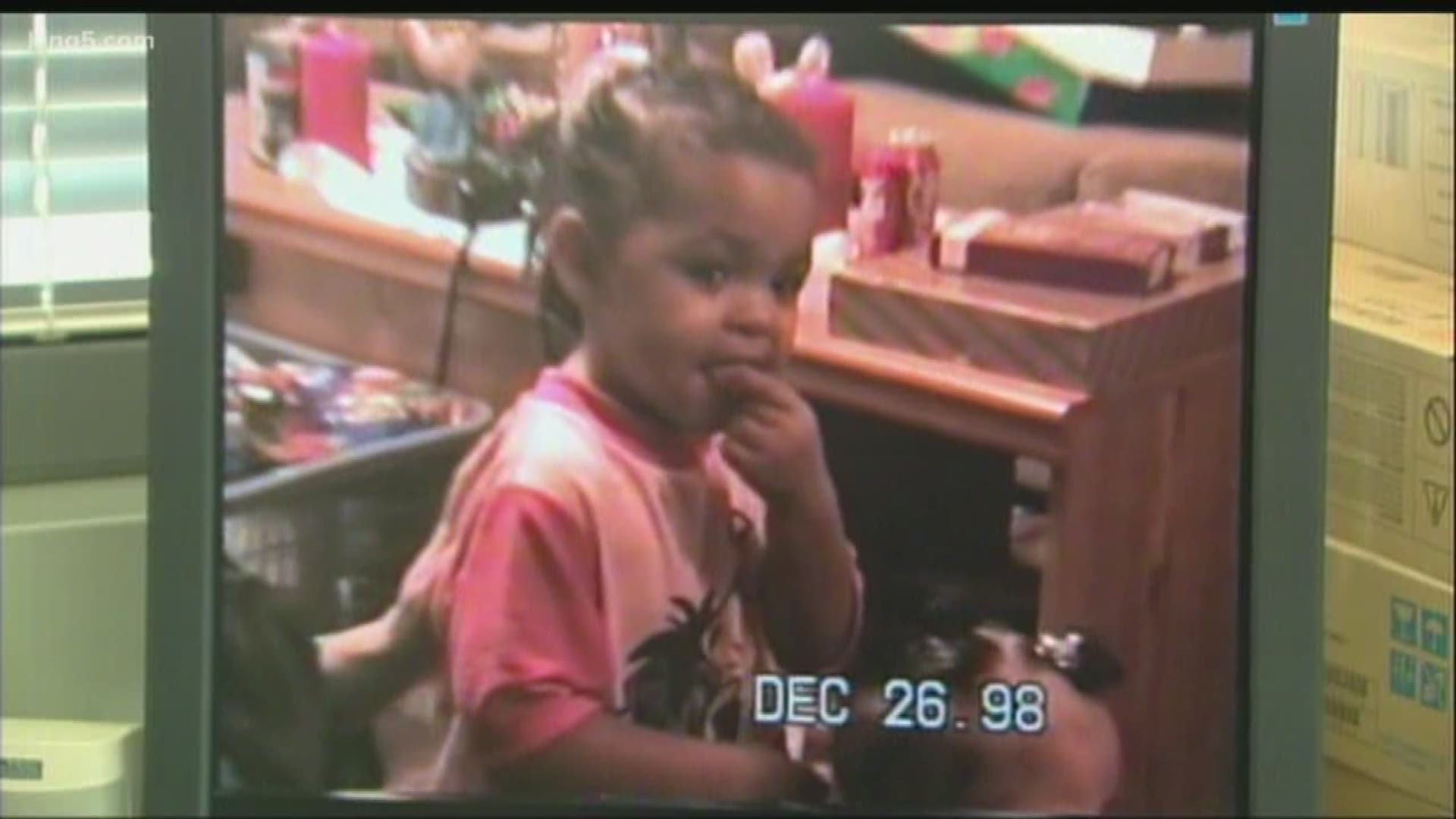 TACOMA, Wash. — Nearly 21 years after Teekah Lewis’ disappearance, Tacoma police are trying to track down a man who may have been at the bowling alley where she was last seen.

Teekah was 2 years old when she vanished from New Frontier Lanes bowling alley in Tacoma on Jan. 23, 1999.

“I went to bowl, turned back around and she was gone,” said Teekah’s mother, Theresa Lewis. “It’s like she vanished out of thin air.”

Lewis has held vigils for Teekah every year since her disappearance. She said each year, she holds out hope that Teekah will show up at the vigil.

Days before this year’s gathering, Lewis said she is bracing for bad news.

“I had to prepare myself for the worst,” she said.

Lewis said police approached her in November and showed her a picture of a man who they believe was at the bowling alley the day of Teekah’s disappearance.

“When they showed me the picture, all I could do is cry,” said Lewis. “I remembered the guy from the bowling alley, and if that’s the case, there’s no way Teekah is here right now.”

Lewis said the man was “not the kind of man you want around your children.” She described him as a white male with brown hair and a pock-marked face.

She said he follows a Facebook page that she runs that is dedicated to finding Teekah. Lewis said she is filled with both hope and fear as detectives continue their investigation.

“All I want is to know what happened to my daughter,” she said.