Four years after Shawna and Dave Randall lost their infant son, Cole Parker Randall, to spinal muscular atrophy, they continue to raise money for a cure. 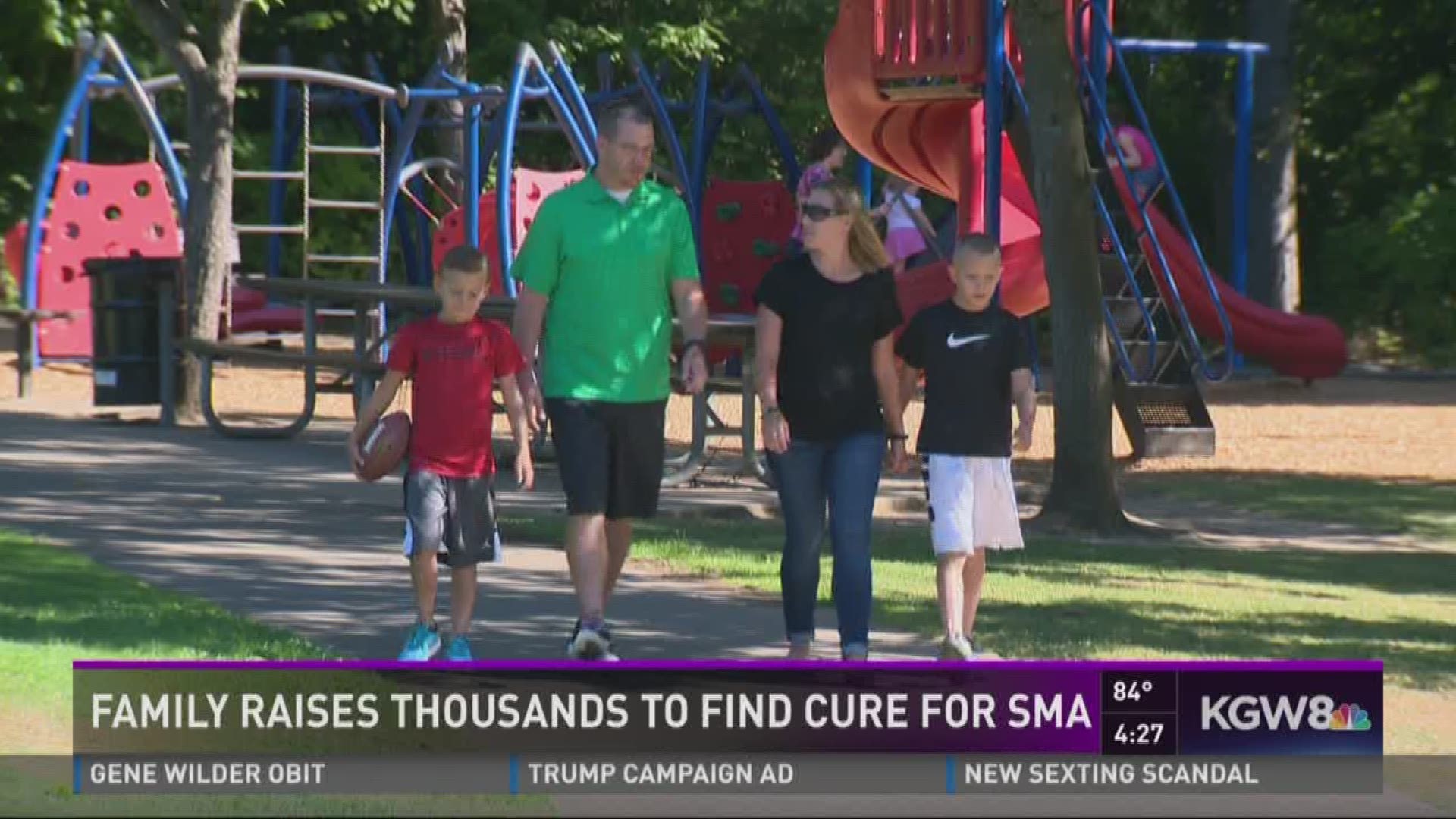 Four years after Shawna and Dave Randall lost their infant son, Cole Parker Randall, to spinal muscular atrophy, they continue to raise money for a cure.

Cole lived only about three months.

"At five weeks, he was having trouble breathing, so we took him to the pediatrician," Shawna said. "Within five minutes, he was taken by ambulance to the hospital."

His parents had never heard of SMA, a condition that affects motor nerve cells in the spinal cord. The leading genetic cause of death in infants, the condition takes away the ability to walk, eat, or breathe.

“It was described to us as like Lou Gehrig’s disease in an infant,” Shawna said.

His two older brothers, Jase and Cade, became a source of smiles for Cole.

“They would come to visit him in the hospital and he would just light up even though he had feeding and breathing tubes,” Dave said.

After Cole's death, the family, which lives in Tigard, established the Cole Parker Randall Foundation.

On Saturday, Sept. 17, the foundation will host its third annual golf tournament, dinner and auction at the Reserve in Aloha.

Said Shawna: “We want to help other families and teach our kids, good things can come from the bad in life."