For the last two summers, University of Oregon Oceanographer Dave Sutherland and a small team of researchers spent three to four weeks boating from one iceberg to another off the coast of Greenland. 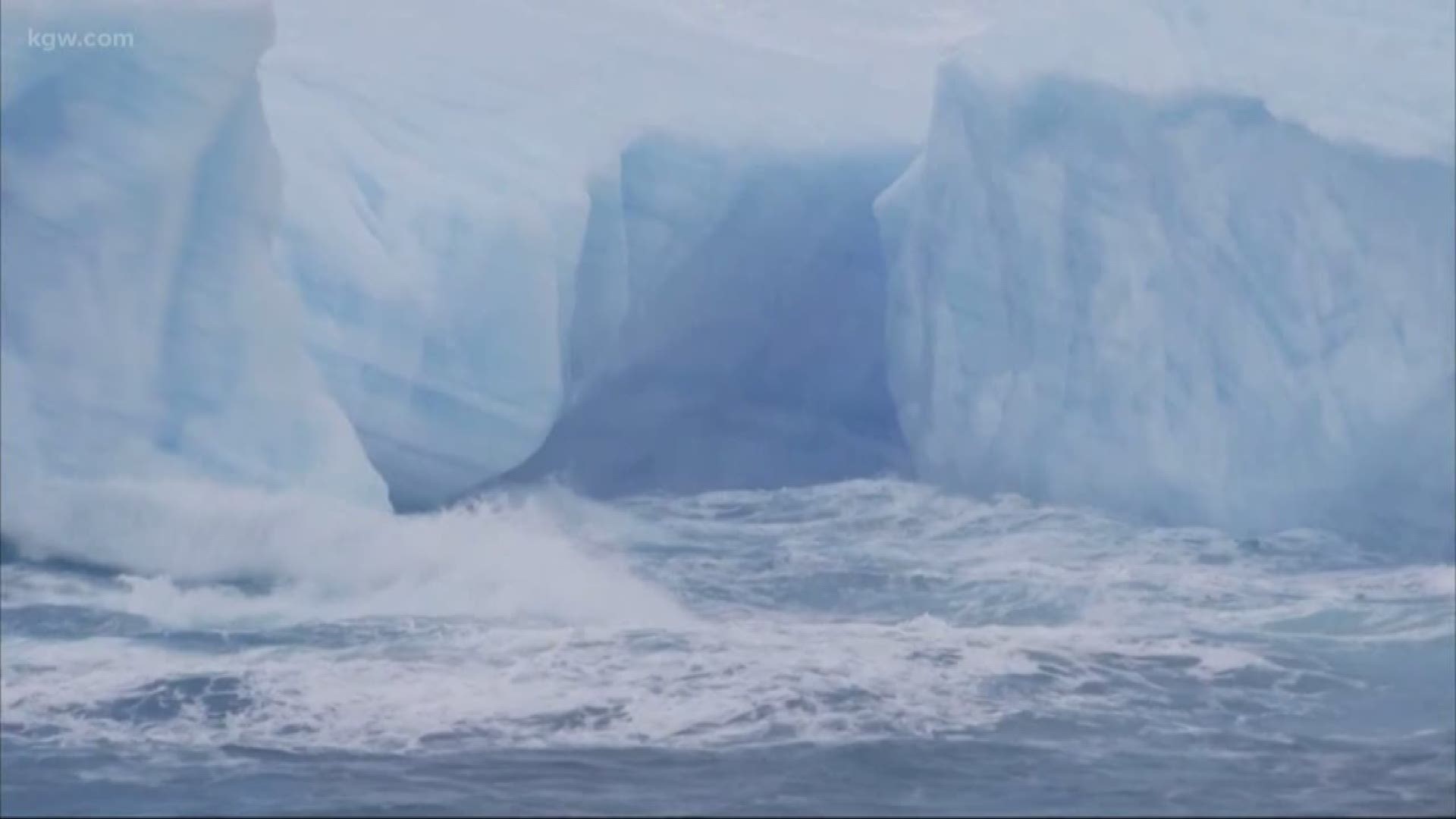 PORTLAND, Ore. — When you hear about icebergs, there's a good chance images of the doomed Titanic come to mind.

But researchers at the University of Oregon are giving us an up-close and personal look into how the massive chunks of ice are impacting not just the shipping industry, but also our climate.

They are both tracking the massive icebergs and finding out just how big a role they play in a changing climate.

For the last two summers, University of Oregon Oceanographer Dave Sutherland and a small team of researchers spent three to four weeks boating from one iceberg to another off the coast of Greenland. They set up units from LiveViewGPS on more than a dozen different icebergs.

They then tracked where those icebergs moved and how fast they melted in real time.

Here's where things get interesting:

The researchers discovered, the larger the iceberg, the faster it melted. They also discovered that instead of cooling the environment, the giant icebergs may actually be causing it to warm faster.

That's because as the icebergs melt their cool fresh water rinses to the ocean surface and creates a barrier which limits the ocean's ability to absorb and trap heat.

"Right now the oceans are basically doing us a favor, they're taking up most of the heat of global warming," explained Sutherland. "A lot of that heat is getting absorbed by oceans and we don't even realize that, and so if that becomes less effective, that extra heat in the atmosphere and on land is going to heat things up even more," Sutherland said.

Research has shown the number of icebergs in our oceans is increasing as the glaciers melt.

Sutherland and his team plan to return to the waters off Greenland this August to continue to track the icebergs and better understand how influential they are in moderating our climate.

Photos and video in story are courtesy of Dave Sutherland