When should police be present? Street Roots, other groups survey homeless about street response

Portland Mayor Ted Wheeler has set aside $500K to fund a street response team that would take care of certain calls involving people who are homeless. 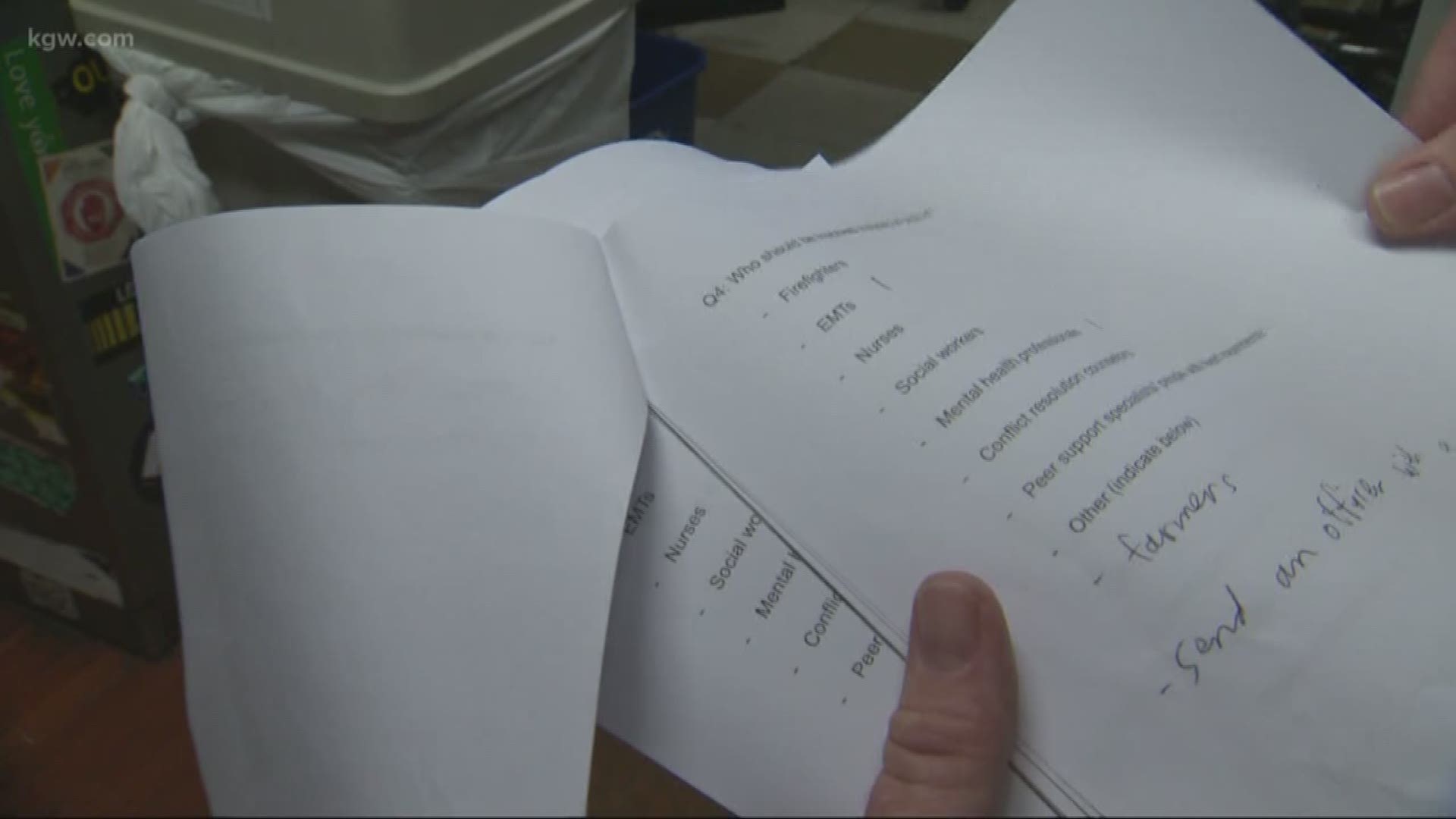 PORTLAND, Ore. — In teams of three, each including one person who is or has been homeless, volunteers combed homeless camps and shelters across Portland this week asking people questions about what they’d like to see in a new first responders program: a street response team.

“Let's get feedback, right? How do we change this system?” asked Kaia Sand to a large crowd inside the Street Roots headquarters Thursday morning.

Sand is the executive director for the Portland-based newspaper that covers homeless issues. She was also a key voice in the paper’s March op-ed, calling for Portland to implement a street response program.

One potential model, noted Street Roots staff, is CAHOOTS in Eugene, which sends city-funded teams of EMTs and peer support specialists out to calls involving housing issues, mental illness, welfare checks and others

Since that op-ed was published, Portland Mayor Ted Wheeler gave the concept a green light, setting aside $500,000 in this year’s budget to get street response teams up and running.

This week’s surveys are designed to provide guidance in how that money should be spent.

“When should police be present? When should they not be present?” said Thea Kindschuh, president of the Mapping Active Collective, as she described the gist of the survey to the crowd.

Actual questions were as follows:

Have you interacted with a first responder, and if so, what was it like? Was there anything positive about any of your experiences that you’d like to see more of?

In what situations would you like police to be present?

In what situations would you not want police to be involved?

Who should be involved instead of police?

How would you want them to approach you? What would make you feel safe?

What supplies and services would you like them to provide?

What kinds of training would you like them to have?

What other considerations would you like the Portland Street Response to keep in mind?

“It went really well. We got a good response,” said Curtis Faith. “There were a large number of people who wouldn't call the police because they're either doing some illegal drugs or they have an open warrant or something, so the fact that the police are coming scares a bunch of people away.”

Organizers estimate they surveyed at least 100 homeless people, and they anticipate compiling the results from the survey will take a few weeks.

They expect to have those results, along with plans for how the street response team could run, ready for Portland City Council in November.

“What I'm hearing is just a real desire to do this and the fact that this is needed,” said Sand. “And so we just need to make sure we keep the pressure on.”