'You don't want to get this': COVID-19 survivor, Oregon Health Authority urge people to be careful as cases climb

OHA said people 20 to 29 years old now make up the largest percentage of cases since the pandemic started. Social gatherings add to the spike in cases as well. 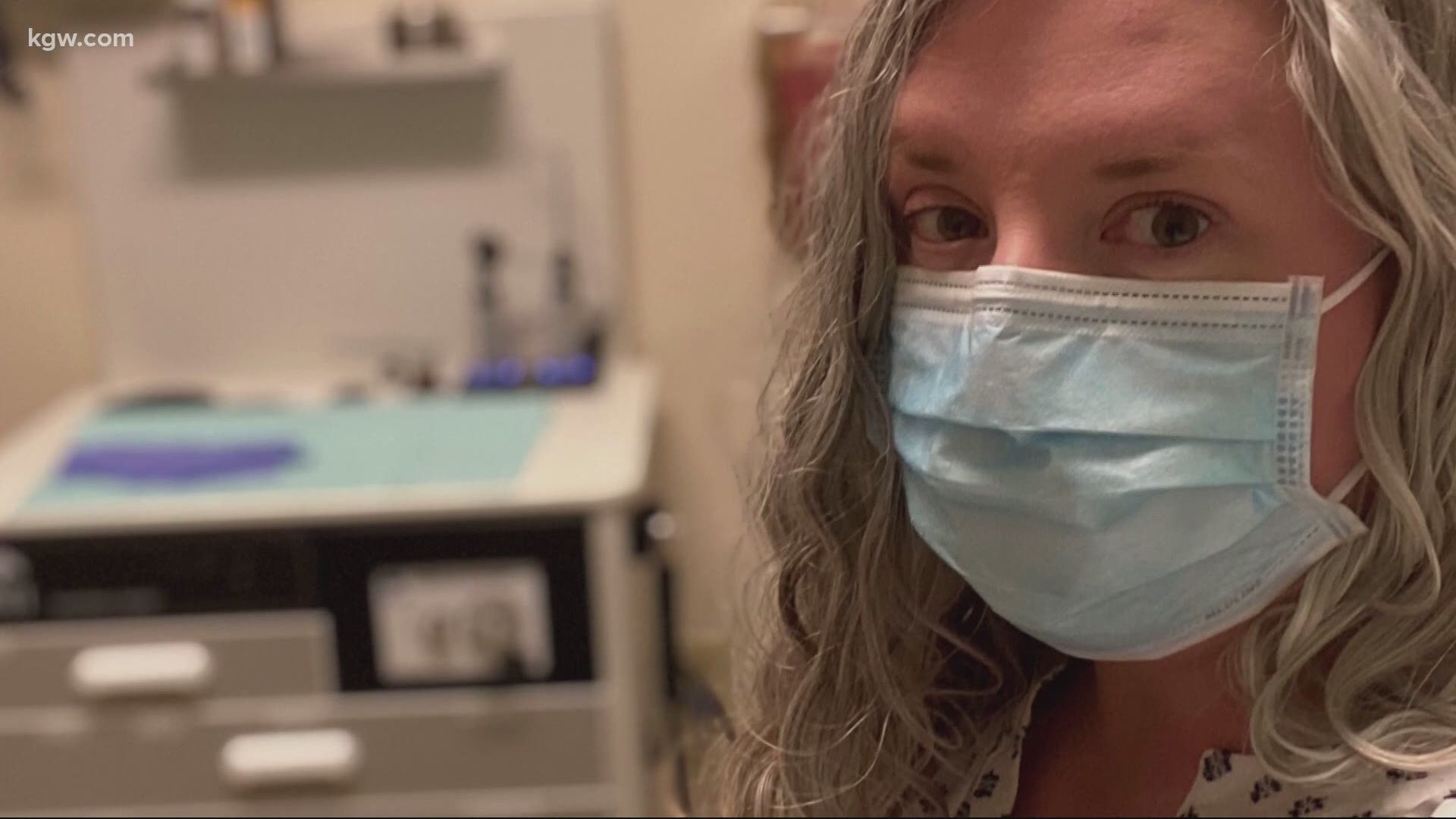 PORTLAND, Oregon — On Friday the Oregon Health Authority reported nine more people died from COVID-19 - the highest number of deaths in a single day since the pandemic began.

The number of daily cases and hospitalizations has been trending upward over the last two weeks, but steadying out a bit more in recent days.

Amy Watson has spent 132 days with a fever and fatigue because of COVID-19.

KGW's Morgan Romero first interviewed her in late June and since then nothing has changed.

"It's like a bad dream, I just keep waking up to every day, basically," Watson said. "You don't want to get this. If it lasts a couple weeks you're lucky. But now, one in 10 can have a long recovery. Months - I'm months into this."

A preschool teacher in Portland, Watson misses the way things were. She misses the joy her kids brought; she misses their smiles, hugs, running around on the playground and laughing with them.

Watson won't get back to that any time soon, especially if Oregon stays on what the health authority calls a "troubling trajectory."

"It's sad because I know there are just going to be more and more long-haulers like me who could potentially have life-long health conditions," she added.

The Oregon Health Authority (OHA) said Friday people 20 to 29 years old now make up the largest percentage of cases since the pandemic started.

Social gatherings add to the spike in cases as well, but officials hope new mask mandates will help slow the spread.

OHA Director Pat Allen said Friday Oregonians are fighting back against the virus and we're starting to see some "hopeful signs" people's actions are stemming the spread of the virus.

"It is too soon to say we’re getting a handle on COVID-19's latest surge in Oregon," he said in a media briefing Friday morning. "It takes a few weeks for the impact of the governor's recent mask requirements and other orders to show up in the data. That means the coming weeks are pivotal. They will determine what school is like for students and educators and how we sustain reopening Oregon."

If transmission rate decreased by 10 percentage points from current rates:

If the current transmission rate continues:

If transmission rate increased by 10 percentage points from current rates:

Right now the health authority says hospitals can handle the surge in cases but that could quickly change.

"We have a choice based on these projections: Do we want to work together to get COVID-19 under control, or do we want to keep watching the numbers rise and see our state move toward uncontrolled spread?" Oregon State Health Officer Dr. Dean Sidelinger said in the media briefing. "For health of Oregonians the choice is easy. Let's work together to put the virus in the past to fade out. Don’t help it gain strength and claim the lives and livelihoods of more Oregonians."

Watson is very much in agreement with that message.

"It's exhausting, literally, to be sick. And I'm sick of being sick. Please be careful!" she urged Oregonians.

Allen says we're starting to see signs that nationwide shortages in supplies and collection kits are having an impact on the state's testing. Currently he says there are fewer than 1,000 tests backlogged in labs in Oregon.