Some restaurants are reopening slowly while others say they are going to keep their doors closed a while longer. 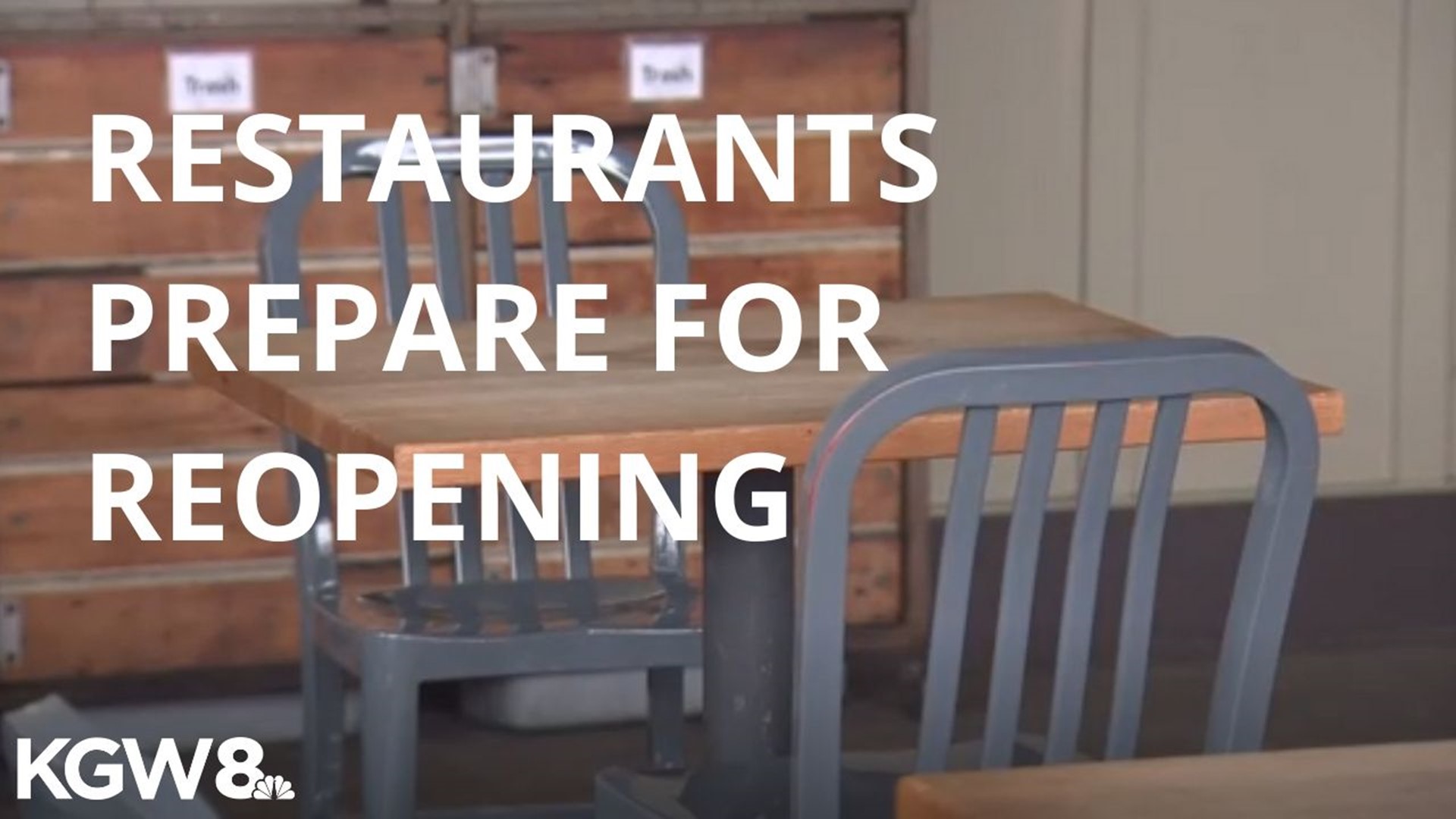 YAMHILL COUNTY, Ore. — Yamhill County is home to some of Oregon's most popular restaurants.

Friday, under the governor's "Phase 1" reopening plan, some will re-open, including Red Hills Market in Dundee.

She and her husband/co-owner Jody Kropf spent Thursday measuring and moving tables 6 feet apart to get ready for guests to once again eat inside.

The popular cafe and market closed its dining room in early March.

It was one of the hardest days Jody has had in a while.

"I walked out of the kitchen when we were closed down and it was a warm Friday afternoon and no one was here," he recalled. " It was pretty emotional for me. I just sat here for a moment taking it all in."

The couple has used recent weeks to revamp their restaurant.

They've resurfaced their floors to be easier to clean and added arrows to them to encourage one-way flow.

"Tomorrow's the day," he said.

"We're hoping for people to be ready to get out and get away from being locked up in the house," he said. " So I think we'll have some good business."

Stiller is leaving his tables where they are in his restaurant, but when he opens his dining room, he'll be seating only half of them.

But just because Yamhill County restaurants are allowed to open their dining rooms, not all are.

In fact, the majority of the restaurants we talked to are opting to wait.

Some plan on opening next week.

Others, like Jory in the Allison Inn and Spa, won't start seating diners until next month.

"Since the news came out the phone has been nonstop," said managing director Pierre Zreik.

The restaurant will open at the same time the hotel and spa does.

"At this point, we're not planning on opening the doors until June 4," said Zreik. "There's so much training to be done prior."

No question, there's going to be a lot of caution when it comes to reopening.

In many cases, it'll be a slow-go.

But moving forward is exactly what these restaurants need right now.