'The president cannot take this country to war': Oregon Sen. Ron Wyden on aftermath of airstrike

Wyden said he will work to make more information about the attack public and plans to challenge some statements about it by the Trump administration. 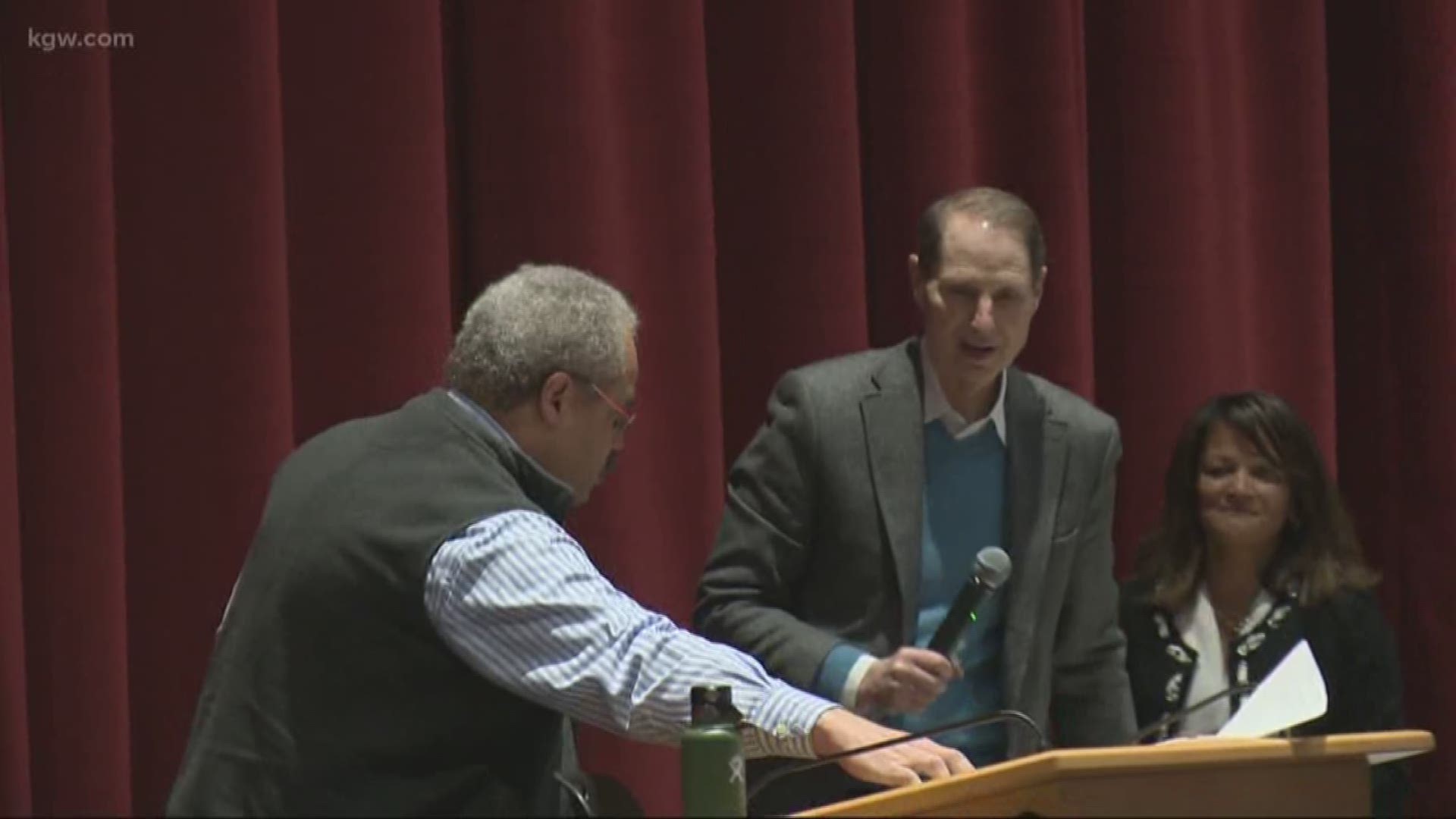 PORTLAND, Ore. — Concerns about the escalating situation in Iran were on the minds of those who attended a town hall Sunday afternoon help by U.S. Senator Ron Wyden.

“It has been an extraordinarily dangerous 24 hours for Americans and American troops,” the Democrat  told the crowd at Roosevelt High School in North Portland.

Wyden said he has heard from parents of soldiers in the region who are worried for their safety and that he questions what was done to protect American lives before the attack that killed General Soleimani, saying it is time for congress to take action.

“I think what is important now is for the Congress to draw a line in the sand and make it clear that the president cannot take this country to war with Iran without the consent of the Congress,” he said.

Senator Wyden said he will also work to make more information about the attack public and plans to challenge some of the statements made about it by the Trump Administration.

“The rhetoric has really I think mushroomed in a dangerous way and some of it has just been factually wrong,” Senator Wyden explained. “For the vice president of the United States to say the Iranians were responsible for 9/11 is factually untrue.”

It is that kind of rhetoric that has people like Goudarz Eghtedari worried. Eghtedari is a community activist and helped found the American Iranian Friendship Council. He is one of thousands of Iranian Americans living in Oregon.

“So, once you are from the south or looking middle eastern you are the target,” Eghtedari explained. “I personally, was interviewed numerous time by FBI in Portland, just the way you guys found me, social media, or on press releases, they have seen my name and want to talk to me, so I met with them.”

He said many Iranian Americans faced discrimination after 9/11 and he worries the same will happen again as tensions escalate with Iran.

“So there are these harassments, there are this kind of intimidation that it's not fair for a person that, I've been in this country for 30 years, I'm a U.S. Citizen, I have not been back to Iran since 1992, it's like 28 years that I haven't seen that country,” Eghtedari said.

Eghtedari hopes local government officials will speak up on the issue so Iranian Americans know they have a place to turn for help if something happens.

RELATED: VERIFY: Amid escalating tension and violence with Iran, could there be a draft?