Cowlitz County sheriff's deputy Justin DeRosier was checking on a complaint about a motorhome blocking a driveway near Kalama when he was shot. 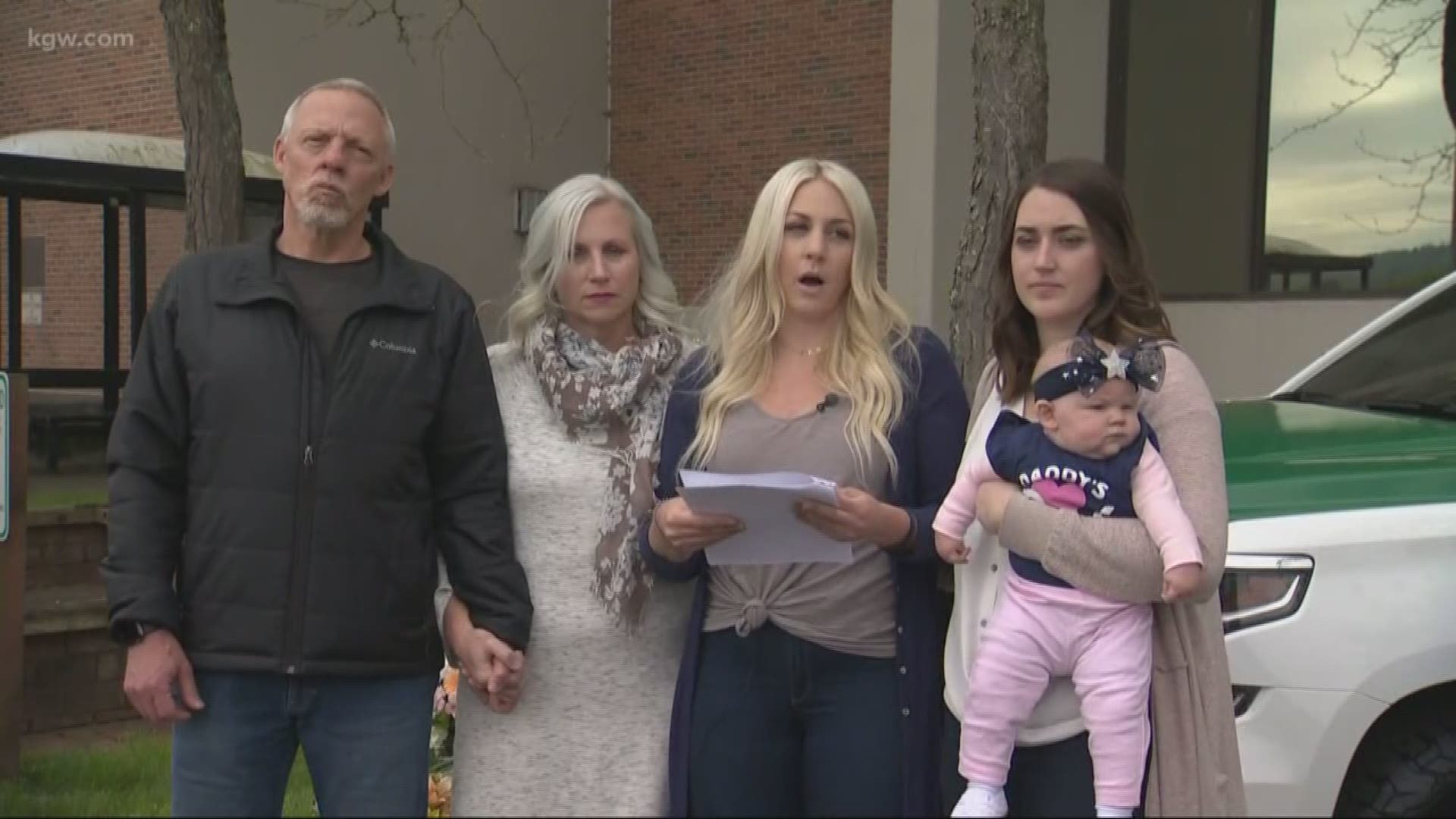 LONGVIEW, Wash — The family of slain Cowlitz County sheriff's deputy Justin DeRosier spoke to the media for the first time since he was fatally shot in the line of duty on April 13.

DeRosier was checking on a complaint about a motorhome blocking a driveway near Kalama when he was shot. He died early in the morning of April 14. His suspected killer was shot and killed by police later that night.

“Katie lost her husband, the love of her life. Their daughter Lilly lost her daddy,” said DeRosier’s sister, Jenna DeRosier, who read a statement on behalf of the family. “Words fail to describe that loss.”

DeRosier’s killing left a hole in the community he served and grew up in. His family thanked everyone for their support.

“Justin always wanted to be a cop and he was the best one I knew,” Jenna DeRosier said. “Justin loved going to work every single day. Law enforcement was more than just his job, it was Justin's calling.”

A calling his family thinks he would have accepted even if he knew it would have cost him his life that day.

“We truly believe, had Justin known that that call was his last he would've still gone. He was that kind of man,” Jenna said.

As Jenna spoke about her brother, the family was surrounded by a line of law enforcement and other women who have lost their husbands in the line of duty.

“This was a symbolic show of support,” said Cowlitz County Sheriff Brad Thurman. “We got them surrounded and protected.”

The community is surrounding them as well, leaving flowers, a handmade wooden badge and balloons next to his patrol car.

“We feel your hearts, prayers, and goodness surrounding us and it gives us great comfort and courage during this incredibly painful and difficult time,” said Jenna.

DeRosier’s memorial will take place Wednesday, April 24, at the Chiles Center on the University of Portland campus.

Cowlitz County and U.S. Bank have opened a donation account for the Deputy Justin Derosier Memorial Fund, which will be used to help cover memorial expenses. Remaining funds will go directly to the DeRosier family.

For anyone wishing to donate, the U.S. Bank account information is:

Donations may also be completed in person at the Cowlitz County Administrative Building, or checks may be mailed to: