Woman who save little boy's life: 'Guardian angels were looking over us'

A woman jumped into a canal to save a 2-year-old who had crossed Highway 97 and fell in. 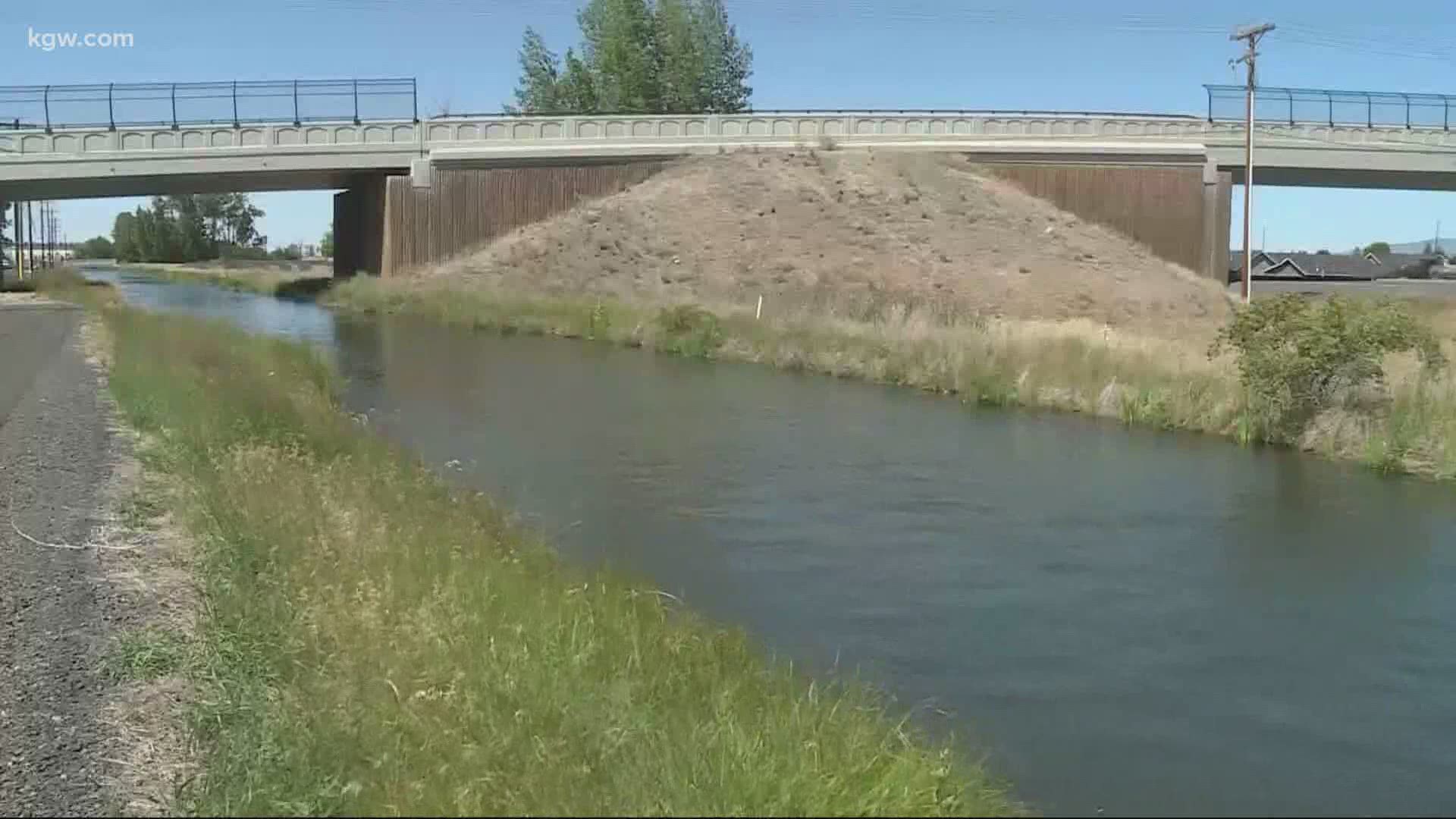 REDMOND, Ore. — A Central Oregon woman isn’t calling herself a hero, after saving a toddler from drowning.

She said guardian angels were looking out for her and the little boy when she ran across a busy highway to pull him to safety.

Bailey Vardanega spotted the boy’s father trying to stop traffic along Highway 97 in Redmond after he saw his 2-year-old son run across the highway during rush hour. He was walking back home when this all happened.

Vardanega said she immediately pulled over and called 9-1-1 and minutes later saw the boy fall into a canal that runs along the highway.

“I get out of my truck, I look to the left a line of cars to make sure I don't get hit and he drops in," said Vardanega. She then ran across the highway and jumped into the water.

She said she was running while on the phone with dispatchers and said she saw him trying to swim. It took her a couple of minutes but finally got to him and was able to pull him out.

Redmond Police say the boy was being babysat by his grandmother at a home nearby. They said she didn’t realize her grandson was missing. 51-year-old Jodie Ewing was cited for second-degree child neglect.

Police say the little boy was transported to a nearby hospital for evaluation but was later released.

RELATED: You can host a sleepover at Volcanoes Stadium in Keizer