'We had no choice but to jump': Witnesses, survivors recall deadly fire at NE Portland apartment complex

A fire at the Heidi Manor Apartments left two people dead and several others injured. Some residents had to jump out of upper-level apartments to escape the flames. 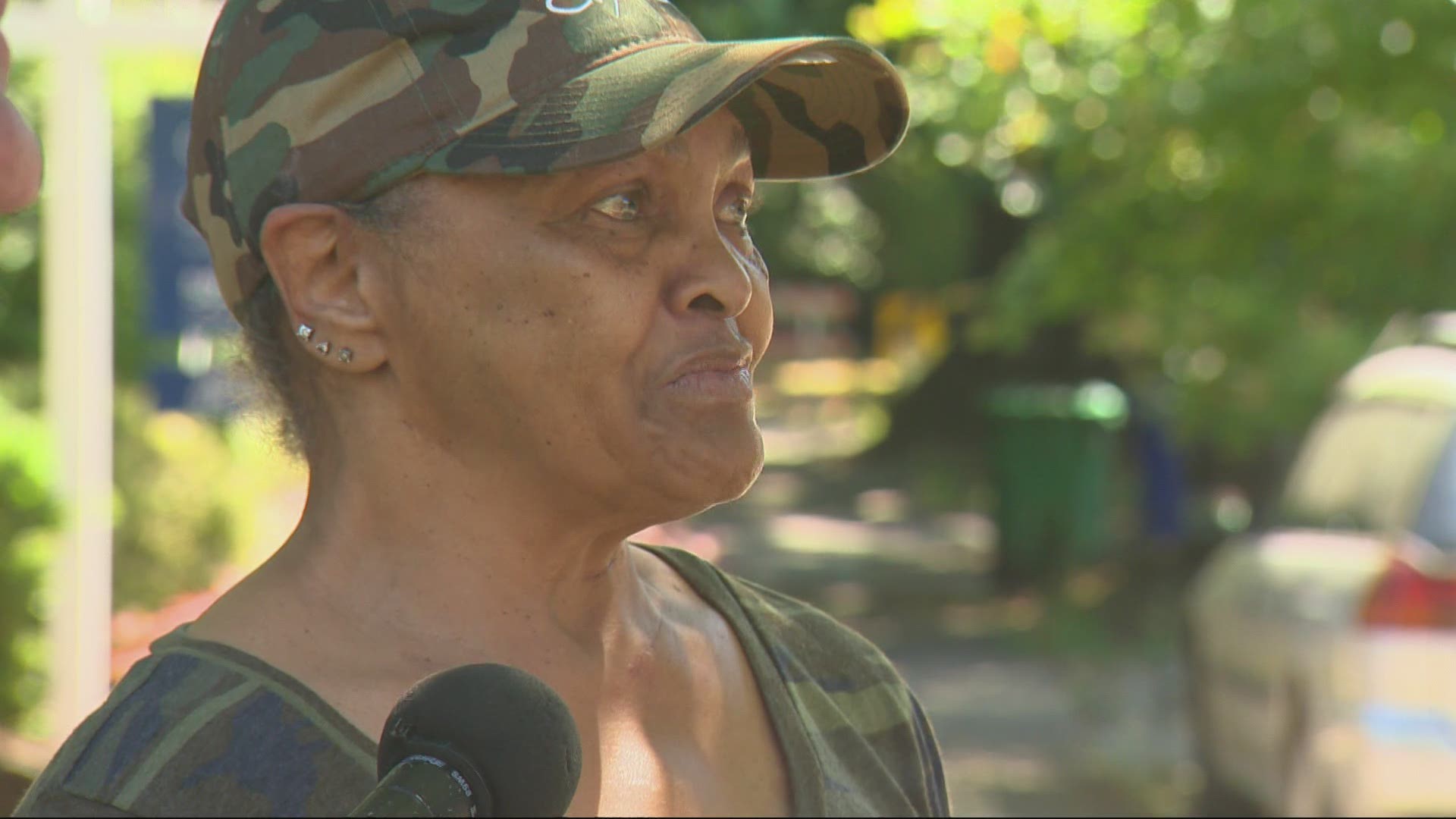 PORTLAND, Ore. — It was about 3:30 a.m. on the Fourth of July when two apartment buildings burned in Northeast Portland. Two people died and several others were injured, as 120 firefighters tried to put out the blaze and save lives.

Fire investigators are still determining the cause. They've heard from several neighbors who said fireworks were going off before the fire started.

Barbara LaMorticella was housesitting across the street when she saw a glow coming from the Heidi Manor Apartments near Northeast 22nd Avenue and Weidler Street.

“I phoned 911 and by the time the conversation was over, the whole thing went up like a torch," she said. "It was so fast, it just blazed so fast.”

LaMorticella evacuated with the help of Portland police, but not before she saw a man who was burned and half-clothed, laying in the driveway of the apartment complex.

"This image will always be in my mind of what happened with him. He started to roll very slowly, and I think now he was trying to get away from the heat,” said LaMorticella.

She said first responders performed CPR on the man before he was taken away by ambulance.

Inside the apartments, residents were trying to escape however they could. Among them was 64-year-old Patricia Patterson and her 19-year-old granddaughter Andrea.

“She just moved here from Philadelphia to live with me and this happens,” Patterson said, with tears in her eyes.

There are three buildings that make up the Heidi Manor apartment complex. Patricia and Andrea's place was in the one building that was not completely destroyed.

But they were on the top floor, trapped by fire.

“I told my granddaughter, I said, 'Babe there's nothing we can do but jump.' When I looked out, all of this was flamed out," Patterson said. "There's only one way in, one way out. We had no choice. We had no choice but to jump.”

Patterson, who came back to the fire scene with a relative on Monday, said her granddaughter jumped first, breaking a bone in her foot.  The grandmother went next with help from neighbors.

“I saw this guy come out his apartment and I was just yelling, 'Help, help!'. He came over and another neighbor came, and they broke my fall [with their bodies]. Once I realized someone was there, I just let go," she said.

Patterson suffered a sprained ankle and was badly bruised, but she and her granddaughter will be OK. Patterson said she's hoping there may be something worth saving in their apartment.