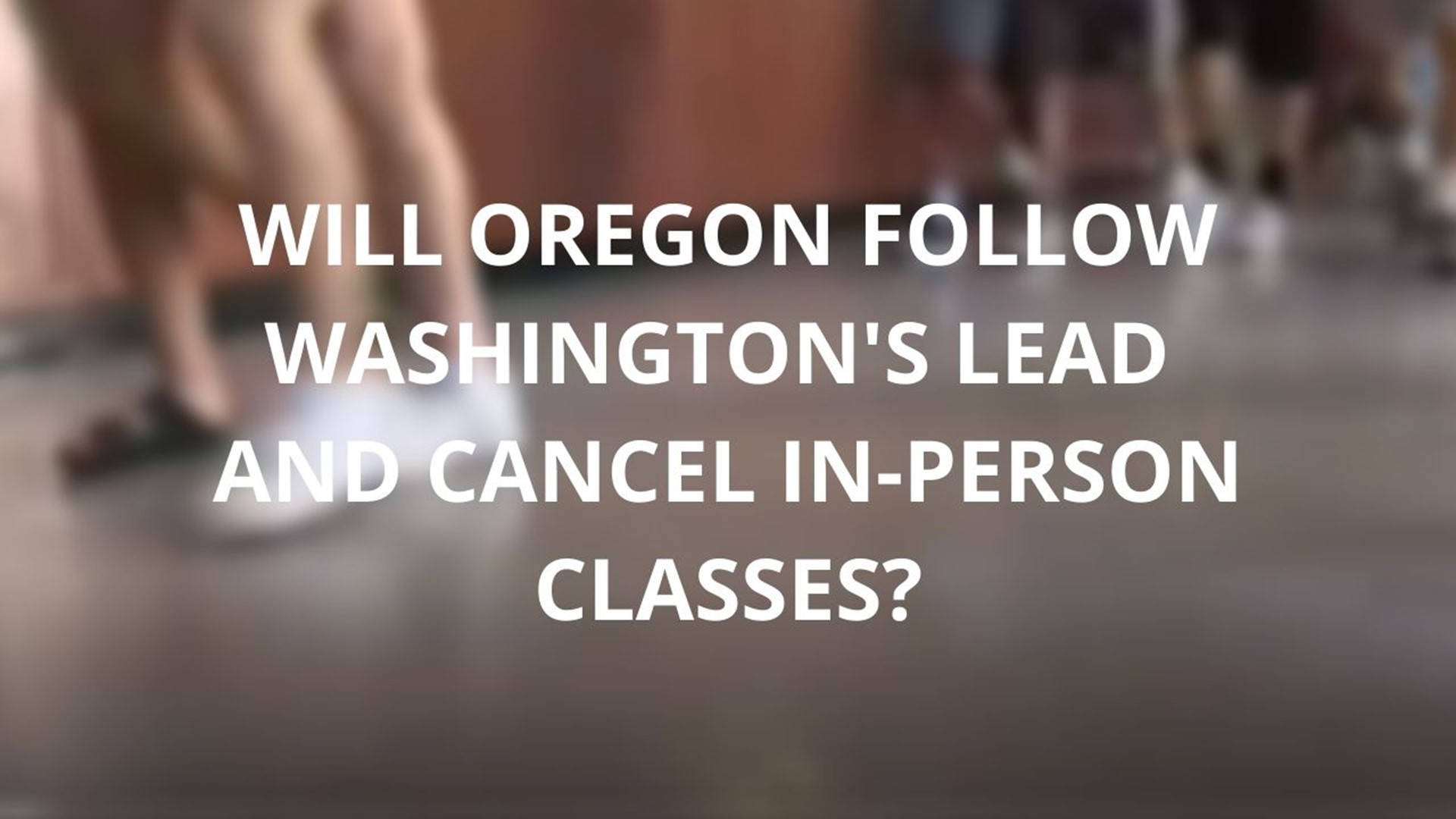 PORTLAND, Ore. — Now that Washington has made the call to cancel in-person classes for the rest of the school year, hundreds of thousands of parents and kids are wondering if Oregon will do the same.

About 560,000 students normally fill the classrooms of Oregon’s schools. They are taught by 63,000 teachers.

But now, the buildings are empty. Everyone is home wondering if school will open again.

“It’s been difficult because we kind of feel like, 'Yeah, let’s make a decision.' But we also know there are a lot of other factors at play beyond just what is happening in our school buildings,” said Lillian Govus, Communications Director for Salem-Keizer Schools.

With 42,000 students, the district is the second largest in the state. It’s also one of the poorer districts. Roughly 70% of the students qualify for free lunches because of their parents' low income.

But there are several other problems to overcome, including the fact that 1,200 students are homeless. Others are not connected.

Washington Governor Jay Inslee, worried about a rebound of the coronavirus, announced Monday that schools will remain closed through the end of this school year.

“This unprecedented health emergency demands that we take this step,” Inslee said.

It's disappointing for many students. But at least they know. Oregon’s top education official, Colt Gill, has refused to talk publicly about Oregon’s plan.

I wanted to interview him today, to ask about the criteria used to open the schools or keep them closed, and to ask when that decision will be made.

But a spokesman told me Gill was not available. The spokesman referred me to a statement from last week that mentioned a strong possibility Oregon schools would stay closed.

It's April and in Oregon that means its just two months from the end of a normal school year.

This year is anything but normal, and everyone feels it.