Jonathan Swanson captured video of two tundra swans, which are common winter species, but are normally seen in larger habitats rather than urban settings. 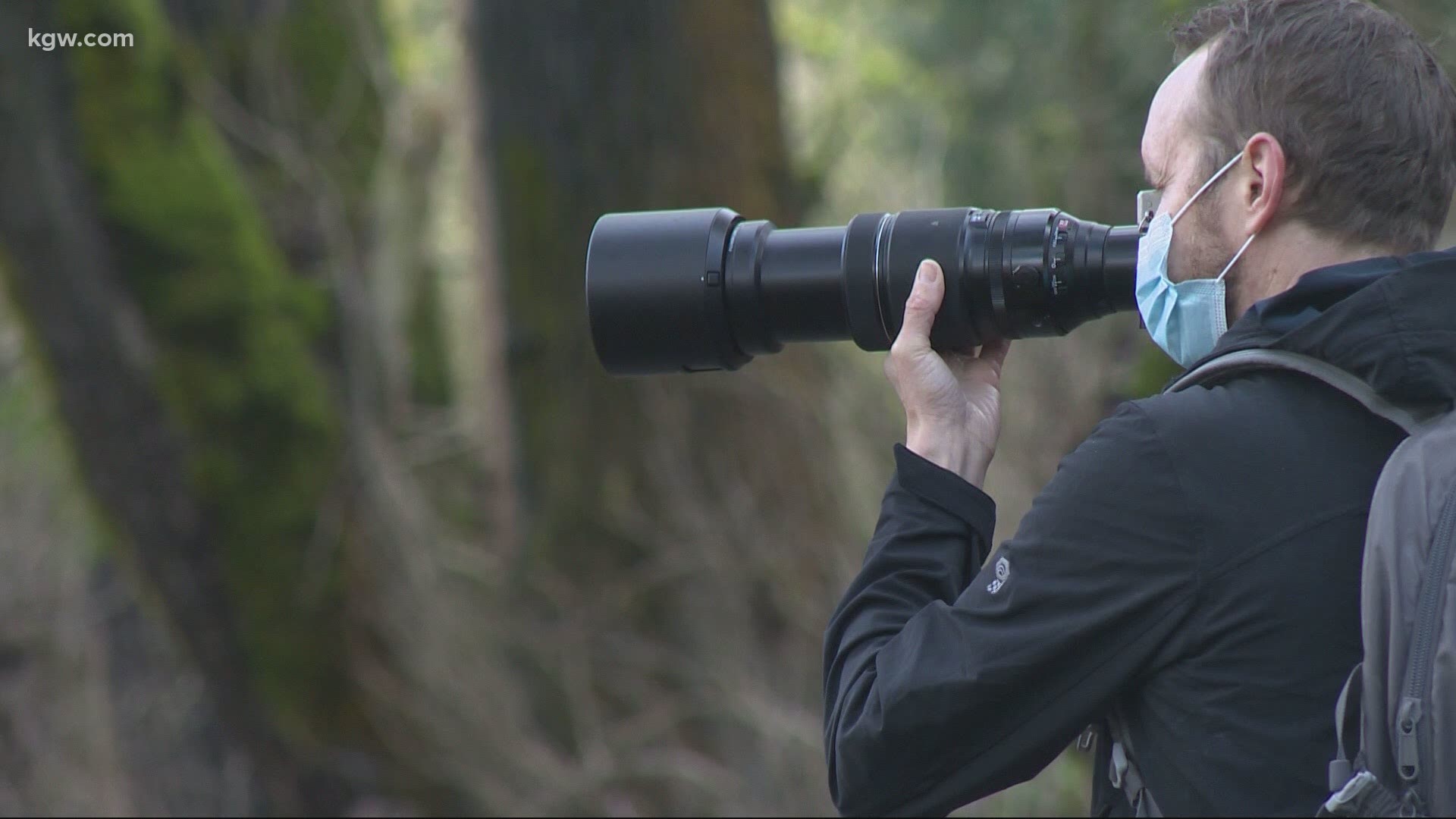 PORTLAND, Ore. — As he often does, nature photographer Jonathan Swanson loves to stroll through the Oaks Bottom Wildlife Refuge. Swanson tempers the calm surroundings with his excitement of what he may find.

“My favorite part is just the beautiful scenery,” he said. “I think everybody needs to experience nature.”

The distractions from daily life are the very things he focuses on out here.

Swanson touts the diversity of the refuge, but seriously undersells his photography skills. The shots he takes, he loves to share.

“To give people something to see that might distract them or give them some kind of balance or peace,” he said.

Very familiar with most of the birds at Oaks Bottom, something he saw last week made him do a double take. Two tundra swans had made their way to the refuge, presumably for a pit stop on the way to more open spaces. The birds are a rare sight in an urban setting.

“It was just a very graceful interaction,” Swanson said. “I observed them almost dancing, and they kind of synchronized their movements and they sing and whistle. It was almost like a ballet.”

“I was able to photograph him. I made a little video and I put some music to it, some of my own original piano music,” he said.

Brodie Cass Talbott is an educator for Portland Audubon. He also compiles a weekly rare bird alert for area birdwatchers. He says tundra swans are a common winter species, but prefer larger habitats like Sauvie Island.

“These birds are breeding in the Arctic and along the coast of Alaska, so it's pretty cool that they flew probably a minimum of 1,500 miles to be here," he said. "They can live up to 25 years, which is an eternity for birds. And they mate for life, which is also unusual.”

“Actually, my parents have been together almost 70 years, so I thought there is some symbolism with that,” Swanson added with a smile.

Turning his place of escape into inspiration, Swanson hopes the captured moments help others retreat to their own place of refuge, wherever that may be.

“I've seen different bird species sharing the same space,” Swanson said. “And for the most part, they all get along. And I thought, well, that's something that we can certainly learn.”

RELATED: Woodburn pig rescue running out of room and asking for help

RELATED: OSU study looks at the connection between kids and dogs