Wildfire season 2021: What to expect this summer

Oregon, and much of the Pacific Northwest, is heading into fire season very dry. 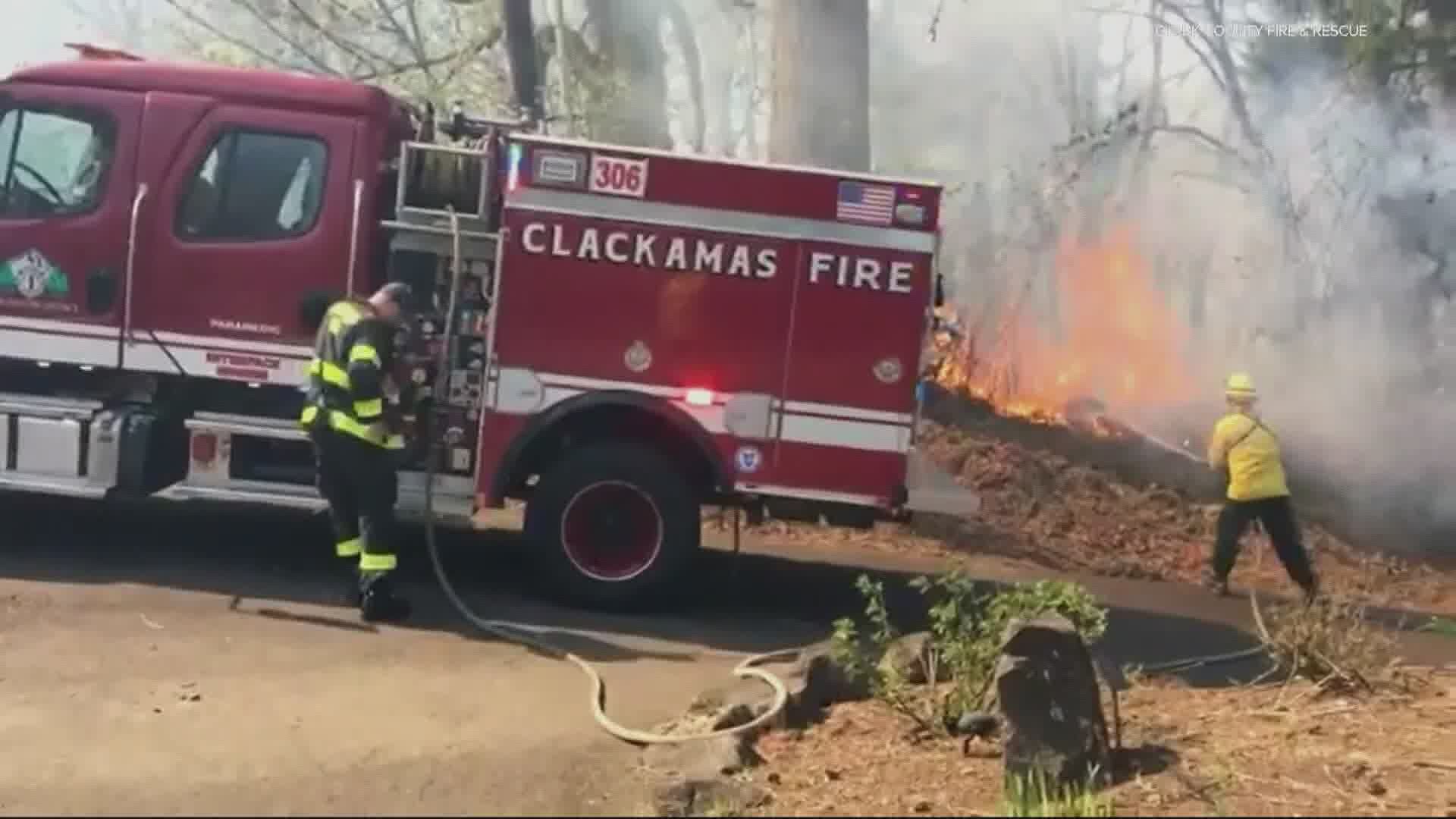 PORTLAND, Ore. — Summer is still a couple of weeks away but we’re already in wildfire season here in the Pacific Northwest. Just last week we saw a fire break out it in the Columbia Gorge. Luckily, it was quickly contained.

So what can we expect to see over the next couple of months when we really see our temperatures start to warm up? Crews are already expecting this year to busy.

Oregon, and much of the Pacific Northwest, is heading into fire season very dry. In fact, we just saw the driest meteorological spring on record. That goes from March 1 to May 31. Because of the lack of rainfall, we’re expected to see an active season, according to Eric Wise, a fire meteorologist with the Northwest Interagency Coordination Center.

“We are expected to have an active season, this is due to the extreme drought conditions that pervasive across the northwest states going into this season,” said Wise.

RELATED: Firefighters from dozens of agencies take part in wildfire training in Molalla

Wise said the early start to our warm weather that we saw in April and May is why we’re going to see a big risk across the state. Remember how great our snow pack was this past winter? In mid February, Timberline had a base of 154 inches and the snow down in Government Camp was measured in feet.

That snowpack that melts off and keeps our streams and rivers running in the summer, quickly evaporated when temperatures started to warm up over the last couple of months. Wise said he’s expecting the west side of the mountains to be above normal for the threat of fire danger.

The big concern this summer is going to be along the east side of the state, where they’re currently seeing extreme drought or an exceptional drought, especially in parts of Southern Oregon.

But it’s not just how dry things are over on the east side of the state that is a concern heading into the summer months. Crews will be paying close attention to storms coming up from an active monsoon season, where storms could produce severe thunderstorms that could lead to wildfires.

RELATED: All evacuation orders lifted in the Columbia Gorge after wildfire