The Fir Mountain Fire started Saturday in a slash pile at a logging operation. 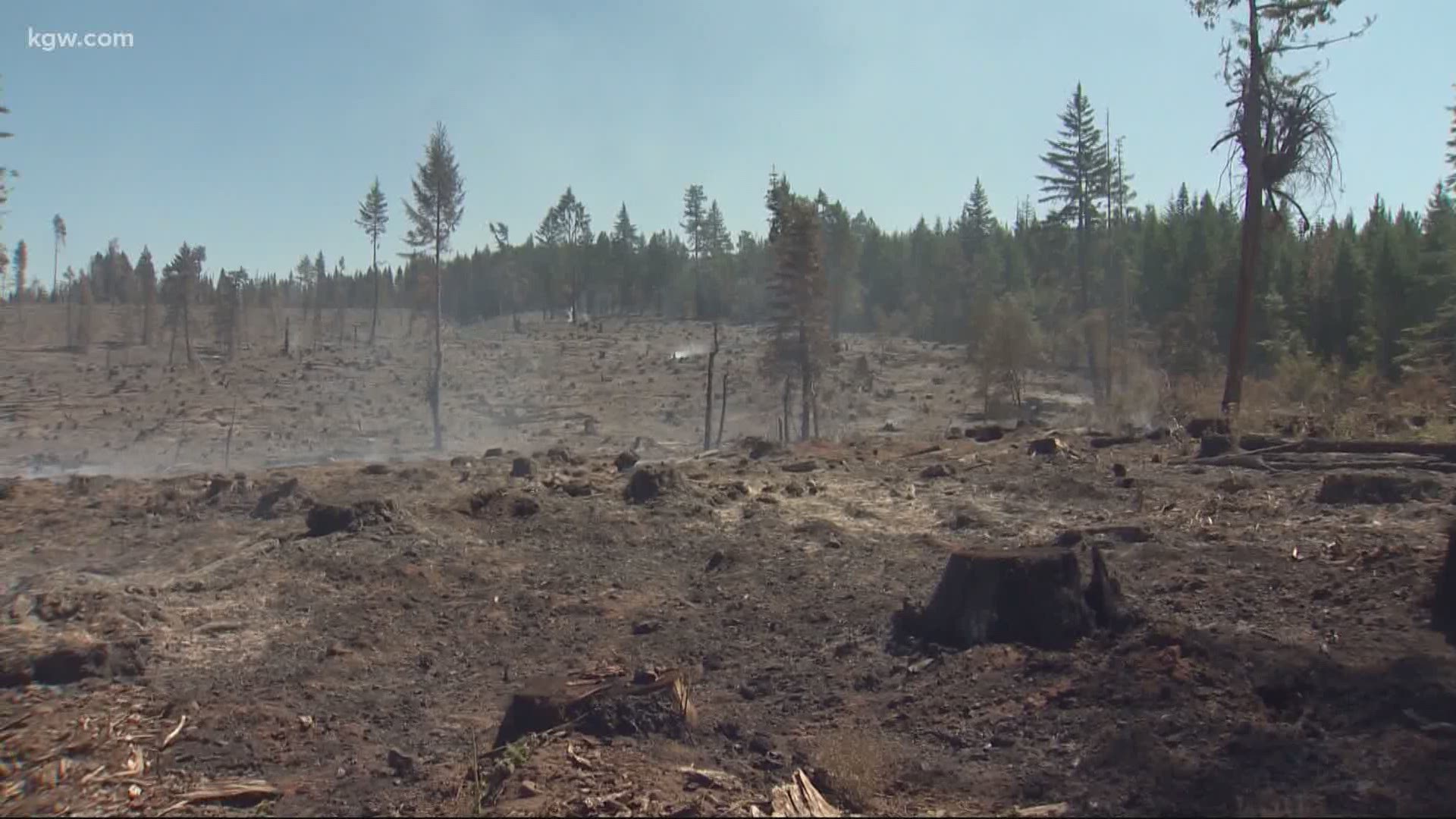 HOOD RIVER, Ore. — A wildfire burning 8 miles south of Hood River is about 313 acres in size. The blaze, known as the Fir Mountain Fire, is 60% contained, fire officials said Friday.

The fire is located 8 miles south of Hood River and is burning on private forestland and land owned by Hood River County.

The fire started in a slash pile in a logging operation Saturday night. The cause of the fire is under investigation.

There are about 200 firefighters working the fire.

At around 11:55 p.m. Saturday, a web camera in the area showed flames rising from a bluff along the Columbia River.

Credit: Courtesy Columbia River Gorge webcams
A webcam photo captured flames from a fire that was reported on the east side of Hood River on Aug. 1, 2020.

Satellite imagery showed the fire burning between Pine Grove and Parkdale, according to Meteorologist Chris McGinness.

The National Weather Service - Portland tweeted that its weather station between those two cities was likely the best gauge for wind and relative humidity related to the fire.

This weather station ( https://t.co/mKSxVHsb7H ) on the top of Middle Mountain between Parkdale & Hood River should be a good proxy for winds and relative humidities experienced by the fire... #pdxtst #orwx https://t.co/Y5pvBQLw9A

"It's an interesting year, mother nature's given us a break so far on lands protected by Oregon Department of Forestry, we've had 73 fewer lightning fires as of August 3," said Jim Gersbach, a public information officer with ODF.

Gersbach says human caused fires are up 11% this year compared to the ten year average.

"It's just so easy for a spark or an ember to get away from a campfire that's left unattended or not fully put out. We've had a lot of reports for that," Gersbach said.

The Oregon Department of Forestry tweeted Saturday that fire danger in this area was extreme.

Fire Danger is EXTREME in Central Oregon District. Fire prevention restrictions are in place across the District. MH-4 in The Dalles (Hood River County) is moving to IFPL 3 Aug. 1st. https://t.co/Y8mt45Xeq1 pic.twitter.com/YzXWMfGOnY

"August is always a month in Oregon where you'll see, because of the fuels drying out, the grass, the brush, the forests are dry in August. It's one of our driest months," said Gersbach.

This is a developing story. Check back for the latest information as it becomes available.