They’ve been referred to as the 'Hillibilly Brigade' or the 'Molalla Militia.' But they are reluctant to be called heroes. 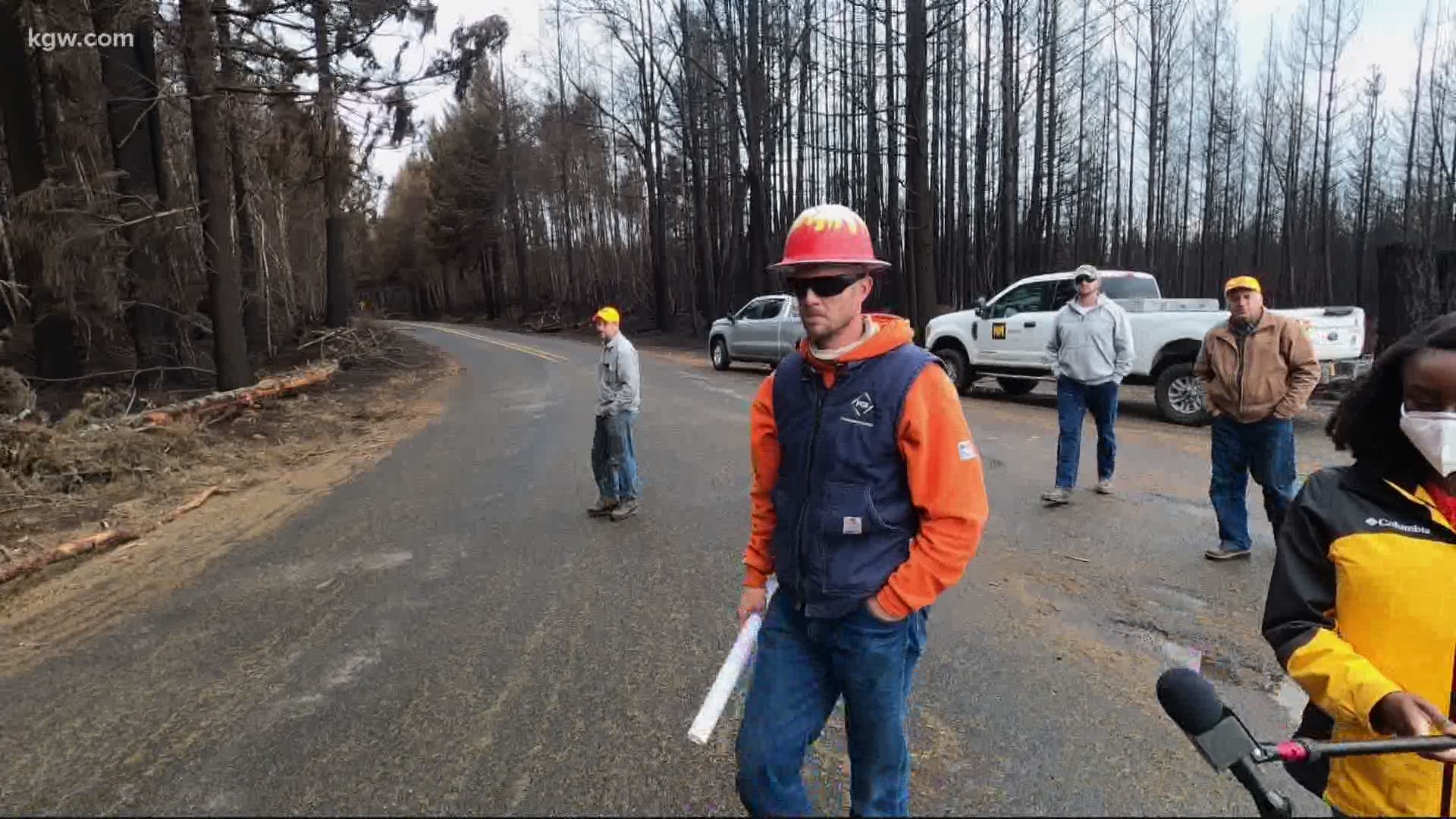 MOLALLA, Ore. — A community in Molalla can now get some sleep because local volunteers stayed awake to combat the fire.

When the fast-approaching Riverside Fire prompted a Level 3 evacuation in Molalla on Labor Day, the volunteers quickly moved their loved ones to safety.

"There was a group of guys that said no, there is still family property that we’ve got to protect," explained Matt Meyers, a lead organizer for the group. "At that point they were was no other support."

At the time, resources were deployed to other places.

"We weren’t going to sit around and watch everything our ancestors have done up here just burn to the ground, so we just attacked it head-on," said Brock Ellis.

A grassroots movement of neighbors and family members came together.

Donations of equipment followed and local landowners and loggers just started showing up. They had close to 80 volunteers help out on these hills outside of Molalla.

"We were punching fire lines, people were doing it by hand, with equipment whatever it came down to," said Nicole West "and they would go out and scout out and see where it needed to be so it wouldn’t come back down the valley and take all the homes and lands."

Most of the volunteers were born and raised on these hills and have an intimate knowledge of the roads.

"It was paramount to have that knowledge of how these roads connect, how the topography of the ground comes together in order to get fire lines cut where we needed them and send resources when we needed them," said Meyers.

They believe they saved hundreds of homes. The community is thankful for their work as shows of gratitude can be seen around town. It's no surprise to Meyers to see the community bend together.

"It’s surprising for most of the state, but for me living here, it’s not a surprise these are guys that I played with in the mud these are the kids that I played football with those guys over there were my mentors in life."

They’ve been referred to as the 'Hillibilly Brigade' or the 'Molalla Militia.' Though they are reluctant to be called heroes. "It's a solid group of people and I would just encourage everybody to get to know your community," said Meyers

The Oregon Department of Forestry has taken over operations but the group says they are monitoring the area and are ready to step in if need be.