Volunteers step up to help people in need during Oregon's fires 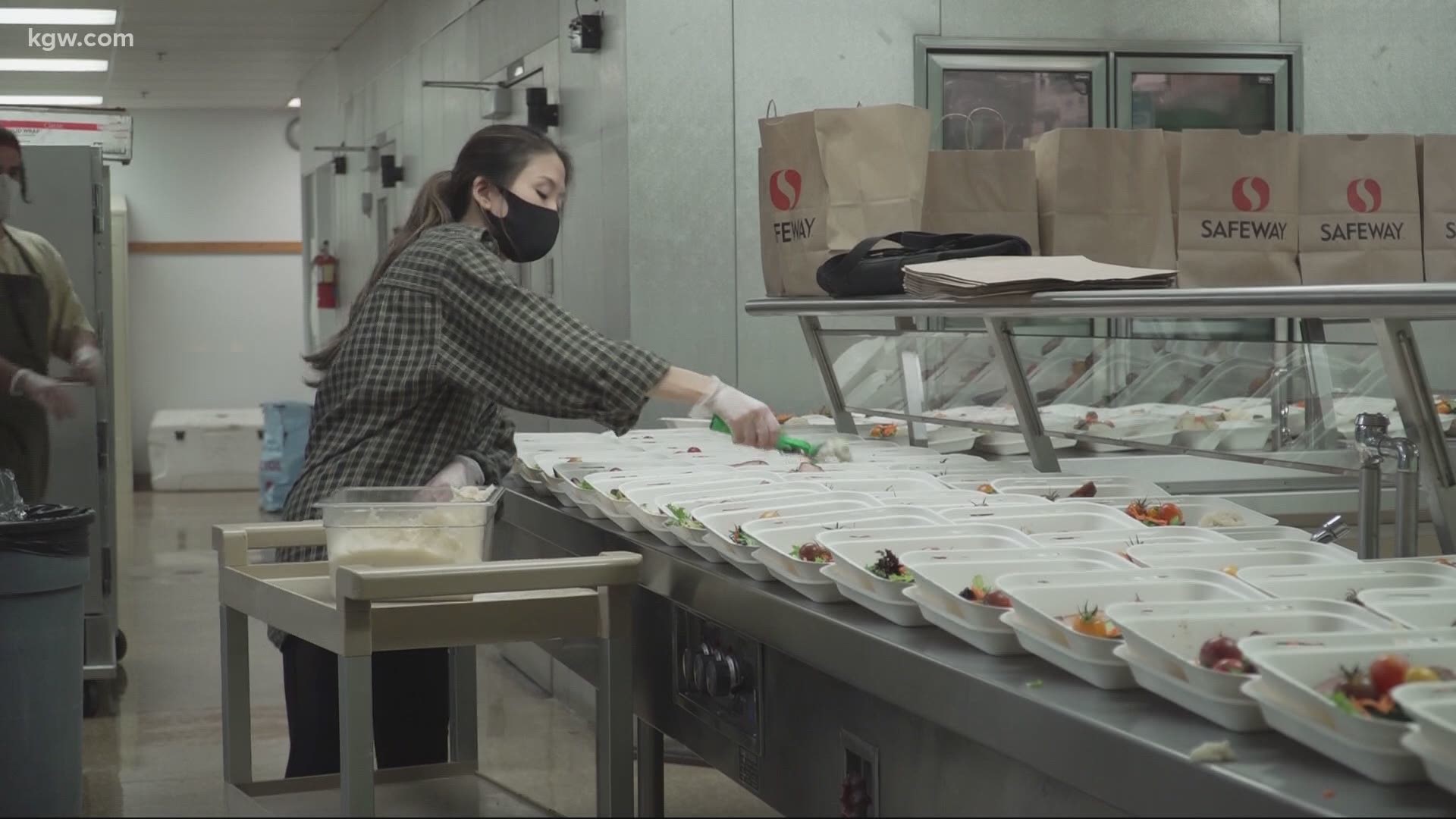 NEWBERG, Oregon — It's busy in the kitchen at Newberg's Mountain View Middle School this weekend.

Volunteers making meals for people who need them.  This started with one restaurant in Newburg, Ruddick/Wood, turning to social media and offering meals to first responders and others.

“We just wanted to make sure people were taken care of, take a little stress off their plate and provide some support for people in this time of need,” said Ruddick/Wood owner Paul Losch.

They have volunteers, kitchen space and a smoker donated to use. Stores, restaurants and farms in and around Newberg all stepped up to help.

“All the cooks and farmers converged to make it happen. Everyone's cooperating really well," said Cody Drew of Renegade catering.

They're preparing more than 300 meals a day in cooperation with World Central Kitchen.

The volunteers making the meals say they’ll keep cooking until there is no longer a need.

Not far from Frog Pond Farm in Wilsonville, they're doing what they can to help.

“It was a really quick pivot offering refuge for animals displaced by the fire.  Up to 145 animals and six families seeking refuge here as well,” said Frog Pond Farm’s Justin Timm.

They've taken in mostly llamas but they're offering shelter to goats, sheep, donkeys and other animals.  For the families staying here, it offers some comfort and peace of mind.

Matt Rumgay and his family had to leave their Mollala home Tuesday.  He says usually he's the one giving.

“It's been kind of a humbling experience to be on the receiving side of things,” said Rumgay.

He says his home is fine so far.