After Oregon's catastrophic wildfire season in 2020, the state has already started preparing for the worst. 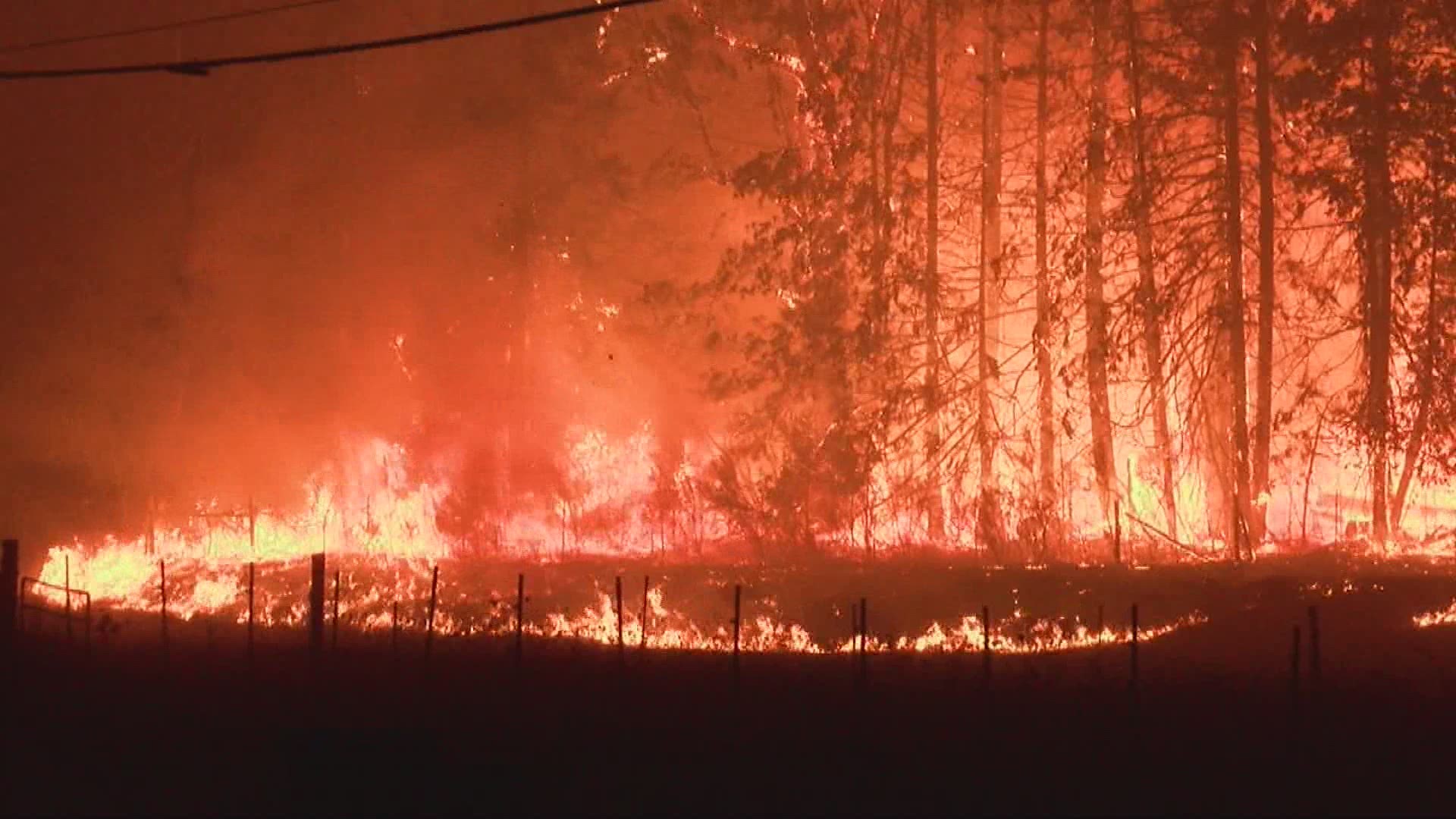 Portland General Electric (PGE) did this for the first time ever last summer, cutting power to an area near Mt. Hood in response to the extreme fire danger and high winds forecasted for Labor Day.

It seemed to work. No fires broke out in that area.

But that certainly wasn't the case for other parts of Oregon. In 2020, more than a million acres burned statewide.

Fire victims sued Pacific Power, claiming the power company kept their powerlines energized despite being warned about extreme fire weather. Those lawsuits are still working their way through the court system.

In Lane County, fire victims are also suing two utility companies over last summer's Holiday Farm Fire that broke out east of Eugene. They claim tree branches sparked when they touched powerlines, and that grew into a massive fire. The official cause is still under investigation.

Lawsuits like these are something utility companies want to avoid in the future.

In anticipation of another potentially bad season in Oregon, the state has set some regulations around preemptive power shutoffs.

According to temporary new rules, utility companies will have the final say on whether they will cut power, but they will have to notify the public – especially vulnerable populations that could be impacted by an outage. They also must report any fire that sparks from their equipment to the state.

Planned power shutoffs have become more frequent in California as its wildfire seasons have gotten worse in recent years.