A Level 3 evacuation order remains in place for Estacada and other areas in and around the Riverside Fire, which has burned more than 134,000 acres. 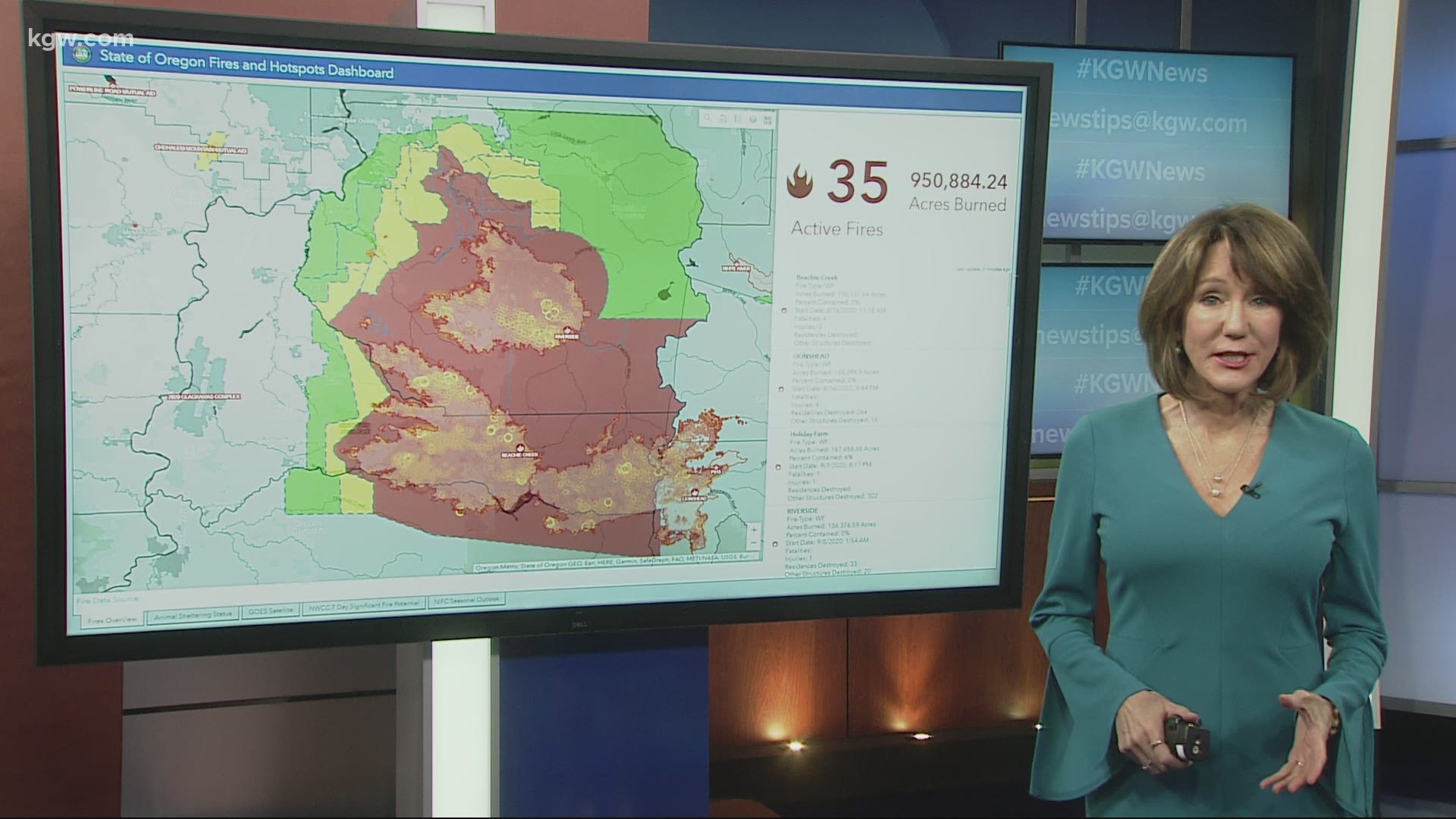 CLACKAMAS COUNTY, Ore. — County officials reduced evacuation levels for some areas in Clackamas County on Monday even as the Riverside Fire continues to threaten the town of Estacada and other communities.

A Level 3 evacuation order remains in place for Estacada and other areas in and around the Riverside Fire, which had burned more than 134,000 acres and was 0% contained as of Tuesday morning, according to InciWeb.

Credit: AP
Aaron Cleys holds a jug of water he was using to douse hot spots at a home destroyed by the the Riverside Fire, Friday, Sept. 11, 2020, in Estacada, Ore. (AP Photo/John Locher)

On Monday, Level 3 (Go Now) evacuation orders were reduced to Level 2 (Get Set) in the following areas:

Level 2 (Get Set) evacuation orders were reduced to Level 1 (Be Ready) in the following area:

On Sunday, the town of Molalla was dropped to Level 2.

"The current combination of winds, record dry forests, and a lack of natural holding features in the Table Rock Wilderness and surrounding areas mean it is still possible the fires could burn together in the coming days. Based on current weather, it is anticipated that a future merger would not result in dynamic fire behavior as seen in the last week," officials said.

The county is also dealing with unhealthy air quality because of the smoke created by the fires. Sarah Present, public health officer for the county, said earlier this week that the region has the worst air quality in the world.

"The air is not just unhealthy, it’s in the hazardous range," Present said. "Everyone can have health effects from this smoke and it’s especially dangerous for our most vulnerable populations."

Those most at risk include those with underlying lung and heart disease. The more vulnerable populations also include the elderly, pregnant women and children.

Nancy Bush, Clackamas County disaster management director, asked residents to limit water use because of some issues with pressure in some of the systems. Bush said they have been working with water providers and firefighters.

GALLERY: Your pics of smoky skies in Oregon