PGE shuts off power near Mt. Hood due to wildfire danger

The move was a first for PGE. About 5,000 customers may be without power through the weekend. 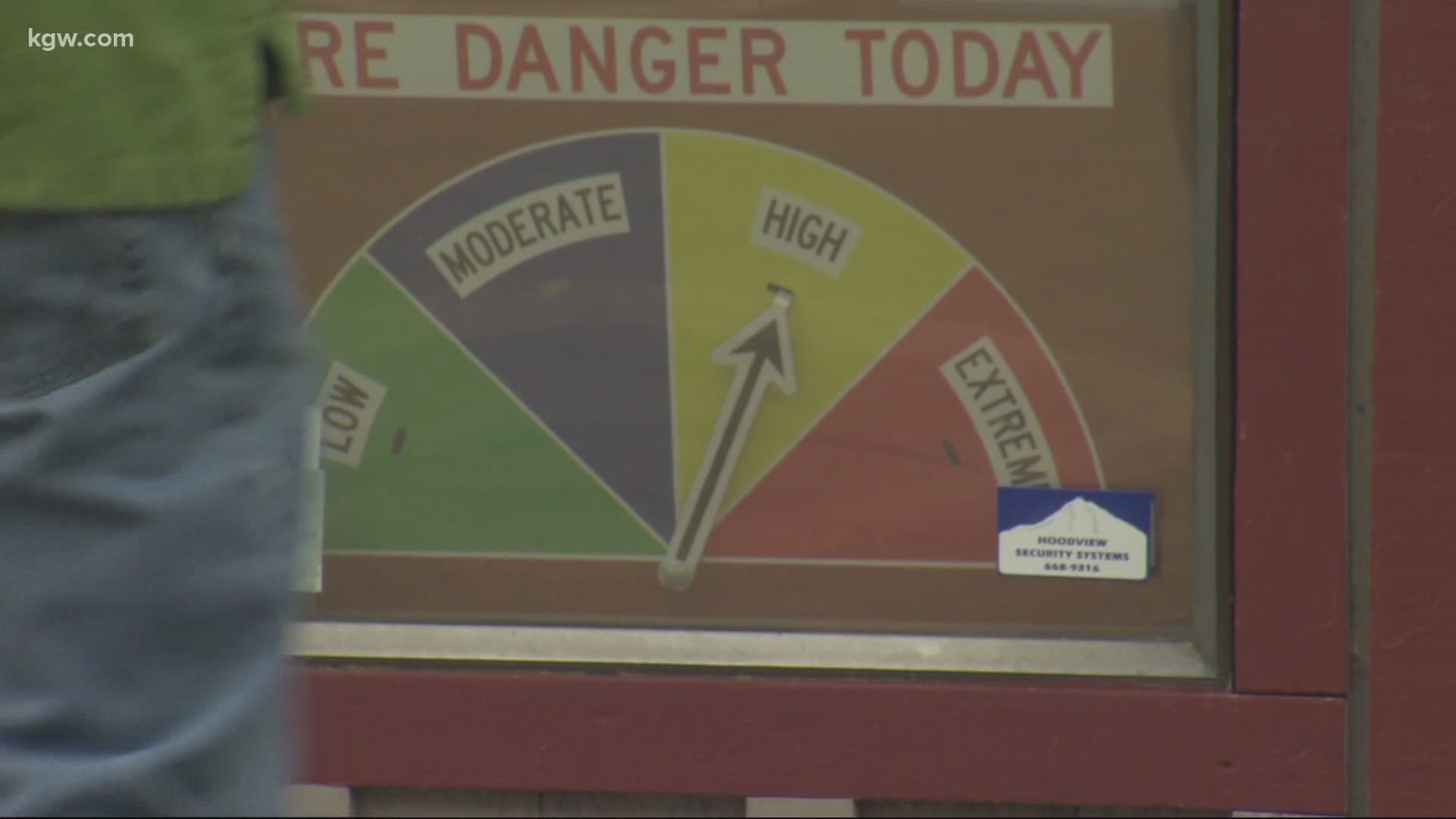 PORTLAND, Ore. — UPDATE (Sept. 9) - PGE said power for the 5,000 customers in the Mount Hood area may be off through the weekend.

Portland General Electric (PGE) has cut the power to 5,000 residents in a "high-risk fire zone" near Mt. Hood. The move is a first for the electric company. It is taking the precaution as a "last resort" to help protect people and property as high winds hit the area.

PGE anticipates the outage may last between 24-48 hours. The utility company began shutting off power for communities along Highway 26 from Alder Creek and Brightwood to Government Camp around 7:30 p.m.

The Oregon Department of Forestry says all state forests will, or are, already in Extreme Fire Danger. The agency urged Labor Day campers to go home early. "Campers are encouraged to leave on Monday and visitors should consider delaying their trip until conditions moderate," said Jason Cox, ODF Public Affairs Specialist.

Strong winds, higher temperatures and extremely dry conditions moved. Cox says dry conditions in late summer have historically resulted in some of the largest wildfires. “When you add in the wind coming from the East like we are expecting to see on Monday and those are going to be pretty strong winds, it really is a potential opportunity for a bad time."

Campers should also expect significant restrictions. There are already off-road vehicle bans and a ban on any campfires at some popular spots. Cox encourages people to know and check fire restrictions before heading out.

Because of the conditions, PGE made the move to proactively shut off power in certain areas in order to reduce the potential for wildfire.

“If loose tree limbs or other kinds of debris blow into power lines or electrical equipment and set off sparks, that can touch off a wildfire,” said Steven Corson with PGE.

The NWS predicts the strong east wind will continue through at least Tuesday night.

People can see if their home or business is impacted by searching the PGE website.

RELATED: Watch: How to defend your home from wildfires