Forestry officials say acreage burned so far is down, but the number of human-caused fires is up as we begin the warmest and driest weather of the year. 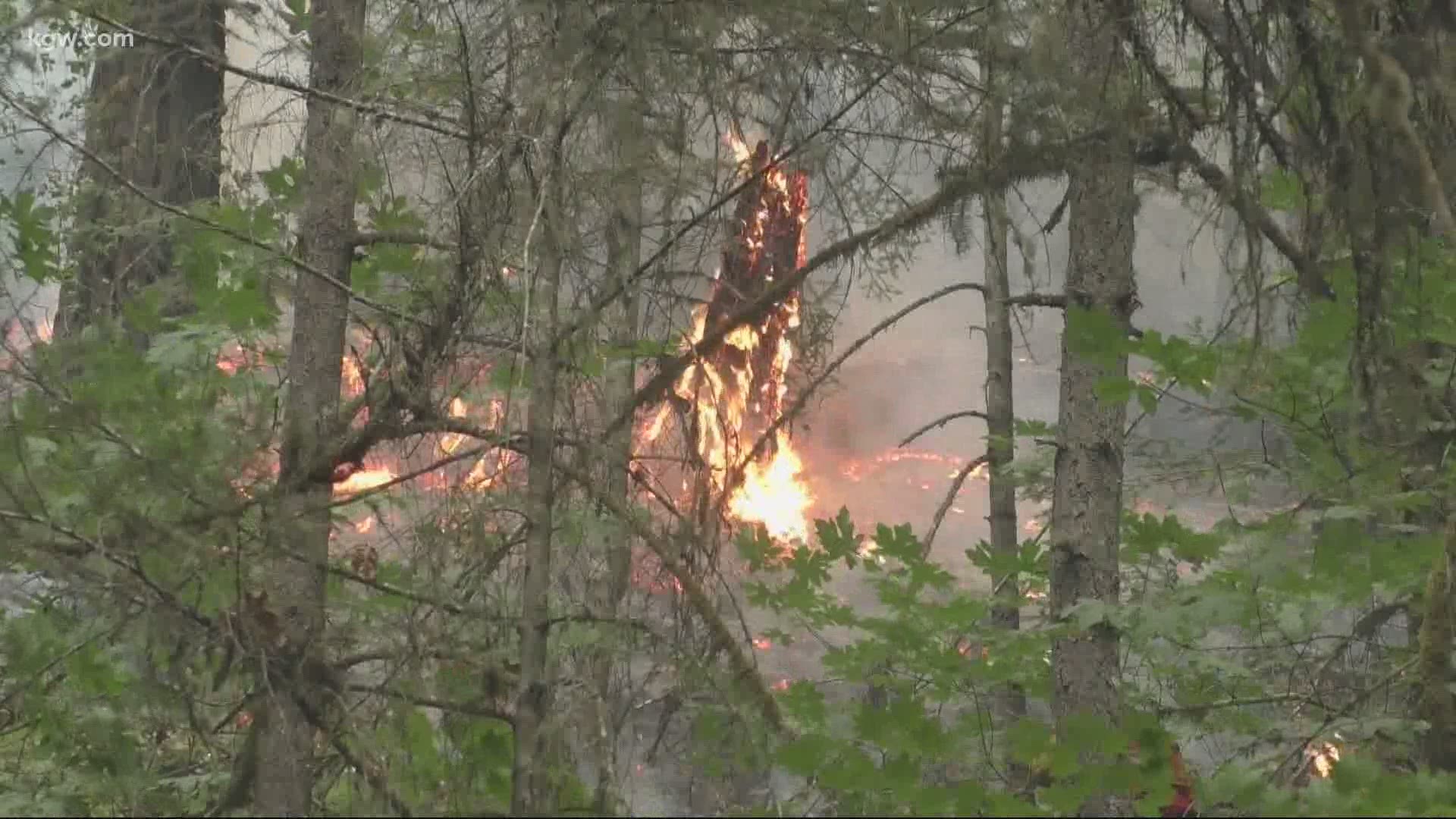 PORTLAND, Ore. — Fire season hasn’t made big headlines in Oregon yet, but that can change in a flash. Oregon Department of Forestry (ODF) officials said they've got more tools at the ready, but more challenges too.

ODF land alone has seen 316 human-caused fires this year, compared to an average of 297 by this time. Acreage burned is way down, thanks in part to lack of lightning-caused fires, and to quick response.

Just this past weekend a nearly 400-acre blaze ignited near La Pine. Firefighters got a quick jump on it. Despite the wet late spring, much of the region is in a prolonged rainfall deficit, leading to drought conditions across much of the state. And now, it’s warming up.

"So the brush and the grass and the weeds, and even to the trees, it's going to dry all that out," said Jim Gersbach, spokesperson for ODF. "And so any stray Ember from a human-caused fire of whatever kind can easily catch fire and quickly spread."

They’ll need that extra help, because fire crews will also been trying to protect themselves from COVID-19. Following a long list of safety protocols, including more sanitation, more PPE and social distancing.

"A fire crew, maybe a 10-person crew, they work as a unit and they don't mix with other units at that fire camp the way they might normally," Gersbach said. "So rather than everyone getting together for dinner or meals, they might simply pick up a box lunch and take that back and eat that separately in their own area."

As the weather warms and drys, be careful with anything that can throw a spark. Drying fuels can spark a large blaze quickly.

RELATED: Spread of wildfire near Mansfield slows as crews work to put out hot spots