The complaint says the company did not shut down its power lines despite warnings of imminent historic winds and extremely high fire danger. 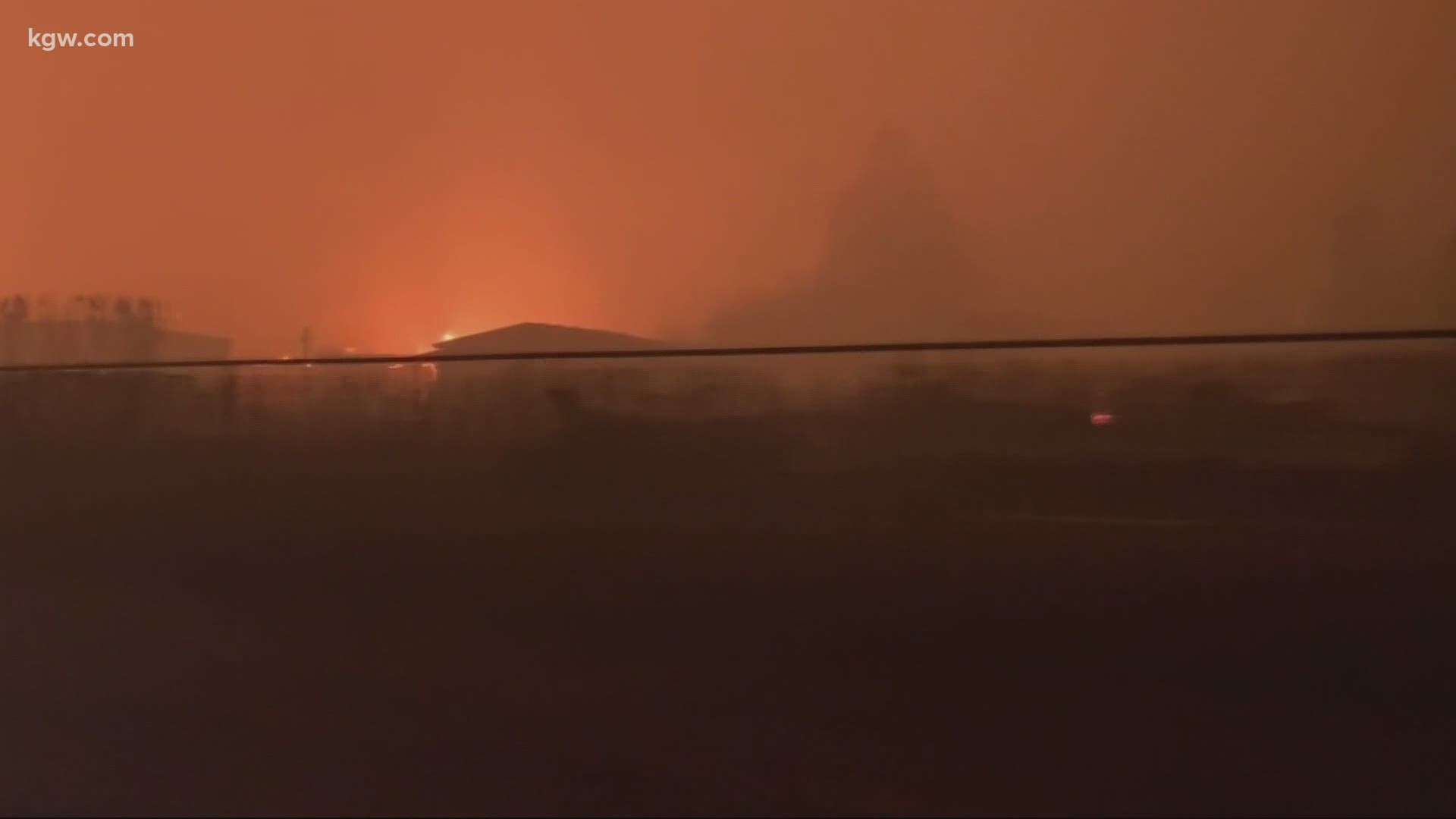 PORTLAND, Ore. — A Linn County couple who lost their home in the state's devastating wildfires last month are lead plaintiffs in a class action lawsuit filed against the Pacific Power utility and its parent company.

A PacifiCorp spokesman says the company does not comment on pending litigation. Fire officials have not yet cited a cause of Oregon's wildfires. They destroyed several thousand homes and killed at least 9 people.

According to the lawsuit, plaintiffs, Jeanyne James and Robin Colbert lost their home, four cars and everything on their Lyons property in the Beachie Creek Fire. That fire has burned 192,000 acres, destroyed more than 1,300 structures and caused five deaths.

The lawsuit states in part, "Despite being warned of extremely critical fire conditions, defendants left their powerlines energized. Defendants' energized powerlines ignited massive, deadly and destructive fires that raced down the canyons, igniting and destroying homes, businesses and schools."

By phone, the plaintiffs' attorney, Dan Mensher, talked about the lawsuit.

According to the lawsuit, the Northwest Incident Management Team concluded the fires that destroyed the plaintiff's home weren't caused by a wildland forest fire, but rather, fires caused by a series of downed powerlines. The lawsuit cites a key part of the incident management team's report which says, "…originally named the Beachie Creek Fire, it has been renamed the Santiam Fire acknowledging that the Beachie Creek Fire no longer was the main cause of rapid fire growth and was instead fed by a series of small fires largely caused by downed power lines and other ignition sources throughout the area."

On Friday, Oregon's U.S. Senators Ron Wyden and Jeff Merkley sent a letter to the U.S. Forest Service and the Oregon Department of Forestry. They asked for an analysis of the role power lines played in the cause and/or spread of the Beachie Creek Fire.

Oregon Governor Kate Brown's office is also inquiring. "There will be a thorough investigation to determine the exact cause of these fires, including any role that downed powerlines may have played, as well as any responsibility utilities may bear," said Charles Boyle, Gov. Brown's Deputy Communications Director.