Approximately 250 boats were docked in the lake and had to be removed over the course of two days. 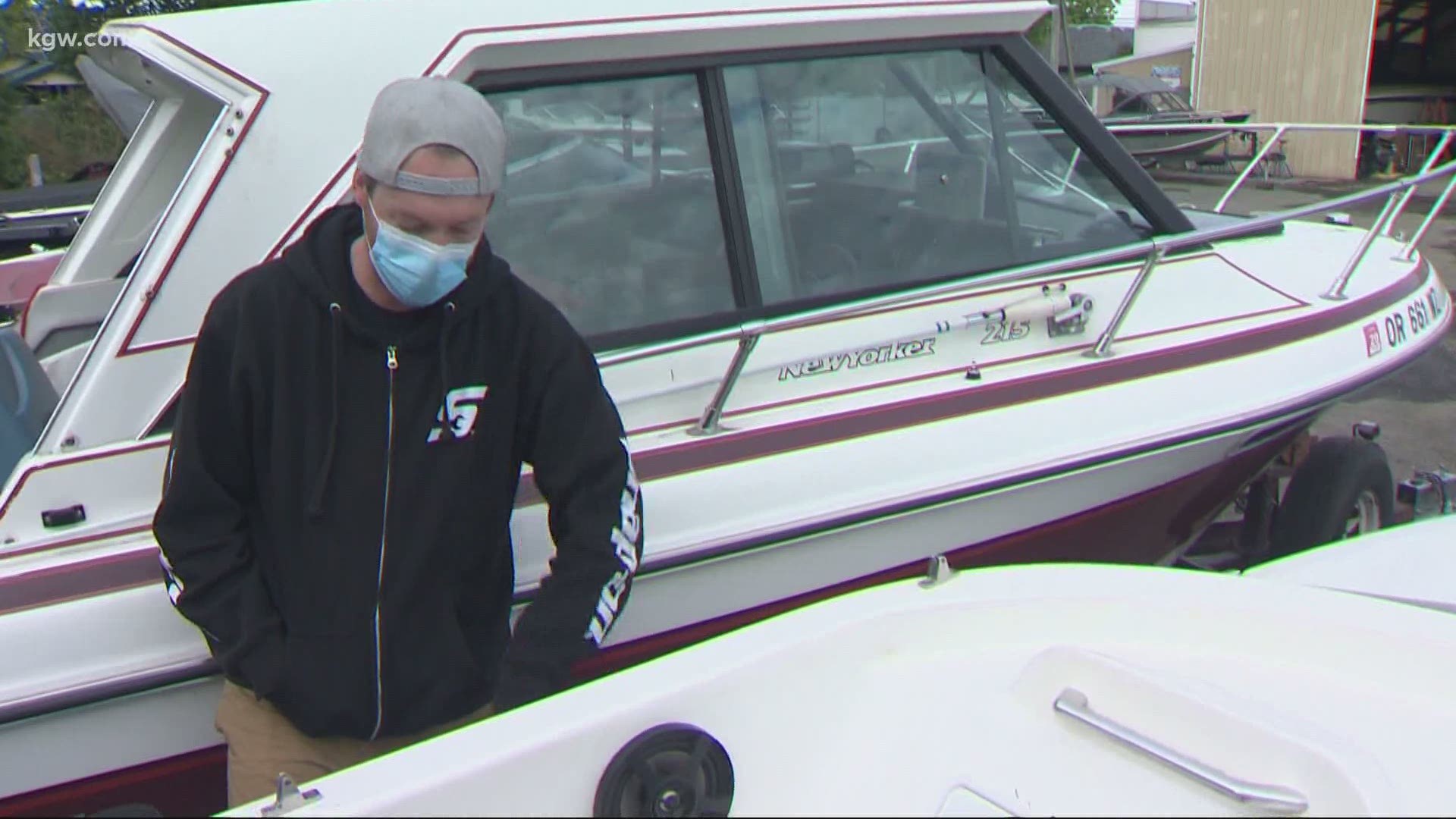 SALEM, Ore. — Behind Dave Power Automotive and Marine in Salem, employee Henry Claeys is storing his 25-foot power boat. Claeys has had the boat only a month, but he is already looking at significant repairs.

"A lot of interior damage, smoke damage," he said. "It smells like an ashtray."

Claeys' boat was docked at Detroit Lake when the Beachie Creek Fire ripped through the area. A lot of homes were decimated, but boats were damaged, too.

"I don't want to be someone who complains," said Claeys. "I don't know what it would feel like to not have a house, to lose something you can't get back. This is a boat."

Some 250 boats were in Detroit Lake and had to be removed over the course of two days. It was quite an undertaking. All of the boat owners were notified and told to stage in groups of 15. They were then escorted to the lake where a bunch of people were waiting to help.

"My home is gone, can't change that," said Dave Power of Dave Power Automotive and Marine. "It's therapeutic to help those who still have something to save."

Power said he saw boats covered in ash and others with wind damage. Then there were some that needed a lot of TLC.

"We've put new ignition switches in some," said Power. "Some we've used jumper wires to start and so forth to keep the ball rolling."

Most, if not all, of the boats were eventually removed from Detroit Lake, including Henry Claeys'. He plans to get his boat cleaned up and serviced ahead of the next boating season.

"Detroit Lake is still beautiful," he said. "It'll be OK."

This time of year water levels at Detroit Lake drop about a foot a day. This boat removal operation was a race against the clock. At one point a marine deputy was so worried that he went around to all 250 boats and lifted the outboard motors in case water levels dipped to unsafe levels.