RV donated to Detroit couple living in hotels after wildfire

The Becks' lives changed dramatically on Sunday when they received a donated RV from Be Bold Street Ministries. 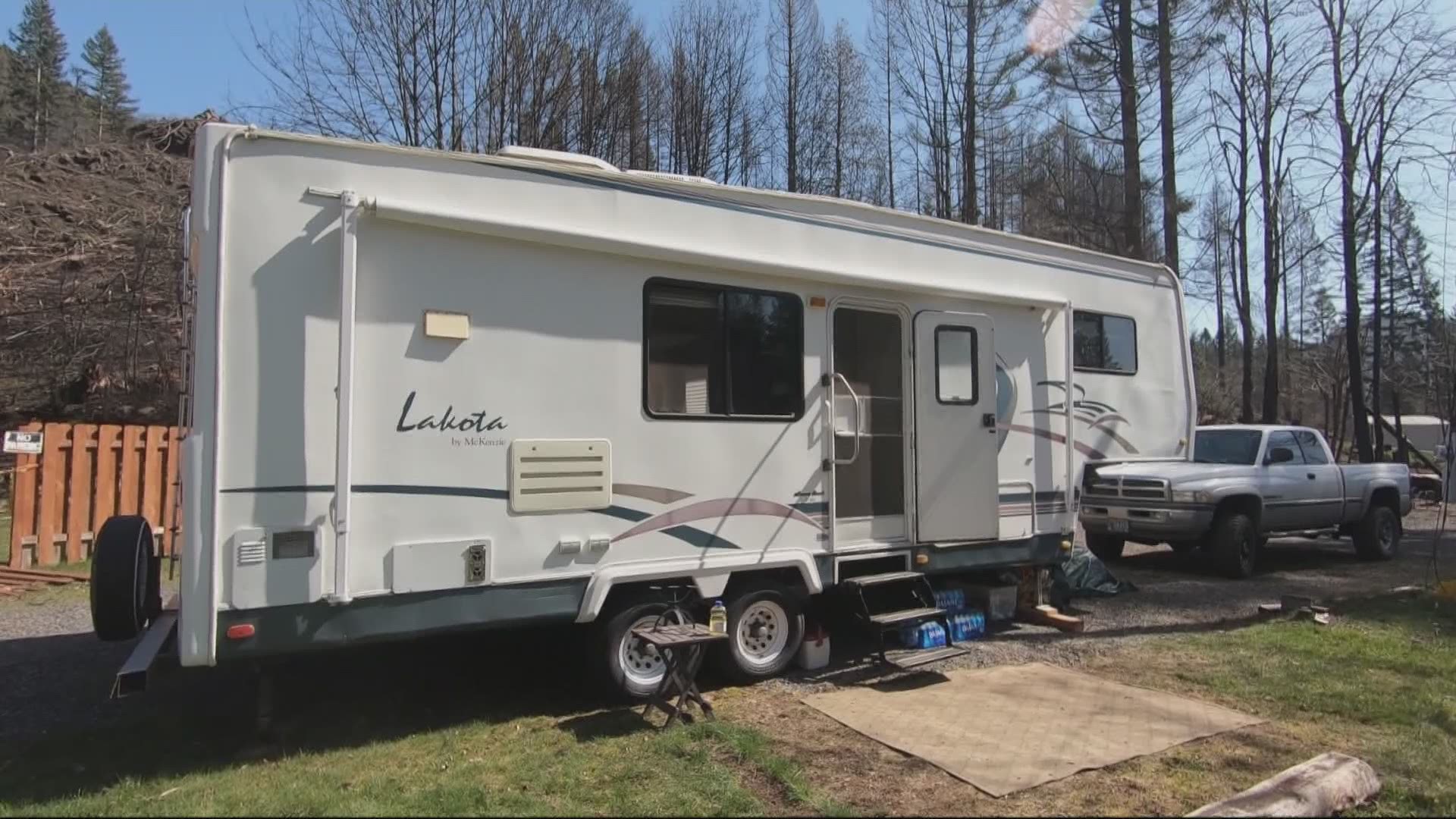 DETROIT, Ore. — Right now, there are still people who are living in hotels after their home burned in the wildfires back in September. That was the case for Charles and Linda Beck who KGW spoke with a couple weeks ago. They’d been forced to live in hotels after the fire burned their RV.

But their lives changed dramatically on Sunday.

“We got here early to make sure the spot was ready for them and when they come pulling in, we took one look at it and I was like, ‘Whoa look at that.’ I was jumping up and down [saying], ‘Over here! Over here!'” Charles Beck said.

“We’re just thrilled to death. It’s such a beautiful RV,” he said.

That excitement is understandable after the Becks lost almost everything in the fire that tore through the Santiam Canyon. Still, the Becks feel fortunate they were able to get out of the canyon alive after being woken around 2:30 a.m. with hillsides around them on fire. But now, they’re feeling even more fortunate after Be Bold Street Ministries gave them an RV.

Credit: Christine Pitawanich/KGW
The Becks in front of their new RV

“We were able to, this last Sunday, deliver their new home to them up in Detroit,” said Matthew Maceira, executive director of Be Bold Street Ministries.

“It literally was about a two-day conversation between the United Way, and Matthew, and I," said Josh Lair, chief operations officer for the organization.

“Within a week of all of this, we were able to make that happen,” he said.

Charles said they were also given a $300 gift card to Winco and his truck’s gas tank was filled up as well.

Be Bold Street Ministries worked alongside the Santiam Canyon Wildfire Relief Fund, Santiam Service Integration Team, and the United Way of the Mid-Willamette Valley to make it happen.

“Next thing you know, United Way opens up her vehicle and starts hauling stuff out. All brand new pots and pans, dishes, glasses,” said Beck.

“They literally don’t have to worry about a thing. They can move right in and have bedding, kitchen items, everything will be ready for them,” said Elizabeth Schrader, chief development officer of the United Way of the Mid-Willamette Valley.

Credit: United Way of the Mid-Willamette Valley
Some of the donated household items

Schrader said the organization is a regional hub for a program called Good 360, which makes connections with area big box stores like Bed Bath and Beyond and Amazon to get household goods donated for people in need.

She said the United Way of the Mid-Willamette Valley has also given away about 20 RVs so far. Those RVs were also fully stocked with household goods from donors both at big box stores and local stores.

In the Becks' case, the effort to find an RV has been in the works for a while. It wasn’t until recently, in the last couple weeks, that there was progress.

While the Becks are grateful to be back in Detroit with a new RV, they’ve got a lot of work to get done with all the cleanup. At the time of the interview, they still didn’t have running water, so they’re hoping that gets restored soon too.

Credit: Christine Pitawanich/KGW
One of the 17 RV spots in the Detroit RV Park

On Friday, the Becks received another surprise. Be Bold Street Ministries said they’d be giving the Becks a 2009 Ford Focus to replace their other car that also burned up in the fire. Maceira said the organization has partnered with Roberson Motors in Salem to make sure safety checks are conducted and that it’s in working order before being given to the Becks. Both Charles and Linda found out about the surprise while watching KGW News and were floored by the generosity.

“We don’t have the red tape that sometimes comes along with different things, so we’re always trying to figure out how to better support our community, better support people in need,” said Lair.

The Becks and their dog Brandy are thankful for all the help they've received.

“Just want to thank everybody involved. God bless you all,” Charles Beck said.