With only a broom, shovel and 2 fire extinguishers, Oregon man saves homes from wildfire

As the flames of the Holiday Farm Fire moved in, many different heroes raced to save the Leaburg Hatchery. But not all those heroes were trained firefighters. 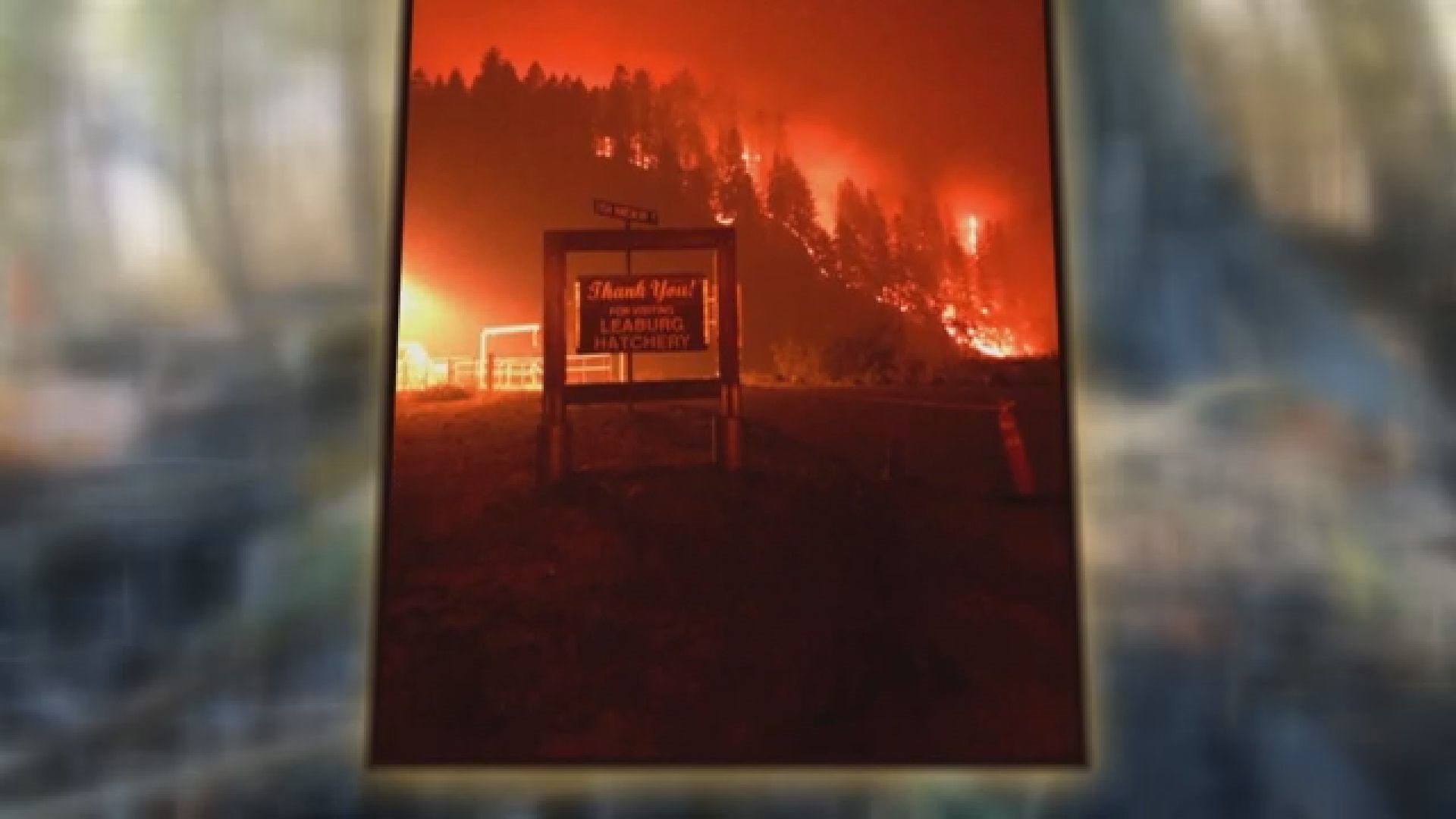 "I did the best I could to keep the advancing fire way from these structures," Maris said as he walked through the hatchery homes pointing to the scorch marks on the buildings and ground.

"I was just some random resident," he said.

But on the night of Sept. 8, Maris was anything but just a random resident. He was a hero as he battled back the flames of the Holiday Farm Fire burning along the McKenzie River east of Eugene. He was fighting to save homes. And he was doing it all by himself.

Three weeks after the fire swept through the area, he met KGW at the hatchery to show us what he did.

His memory of that night was as bright as the fire.

"The forest over here was lit up," he recalled. "I was using my arm while running to try and block some of the heat from the blaze."

Maris' initial plan was to knock on doors and warn people of the encroaching fire. But when he found nobody inside and saw the flames closing in, he picked up the only tools he could find, a shovel, broom and two fire extinguishers, and started to beat back the flames.

"It was like a funny scenario of whack-a-fire," he recalled. "For about three and half hours, it was chaotic running from spot fire to spot fire."

It was a close fight. But in the end, Maris kept the flames from the homes and then left a note explaining what he'd done.

As for why he did it? He said it was because of all the time he'd spent there growing up. The hatchery held a special place in his heart.

"Some of my very first memories of fishing as a really young child were being on the river here," he said.

In fact, anyone who lives along the McKenzie River likely knows the Leaburg Hatchery well.

"This place is a huge extension of why we call this home," Maris said.

It's a sentiment Erik Withalm shares. Withalm is the hatchery manager and lives in one of the homes Maris saved.

"I evacuated out around 2 a.m.," Withalm recalled.

He knows how close that fire got. He saw it crest the hilltop as he and others raced to save the hatchery's fish. Working in smoke-choked air, staff released more than a million Chinook, steelhead and trout into the McKenzie River.

"Our water supply was already taken away and we needed to get these fish out there as quickly as possible," he said. "This is unprecedented... we've never released this many fish at one time."

It was four months early but just in the nick of time.

"Right when when we were in the vehicles heading out, I looked back and the flames started coming over," he said.

All the ponds were empty except the sturgeon pond. Those fish couldn't be released. But when word got out they were in trouble, more heroes stepped in.

Because along the McKenzie, the Leaburg Hatchery is more than just a place for fish, it's a place worth fighting for. It's a place people will go above and way beyond to save and then offer a quick thanks or leave a simple note just because.

"I don't know if that will sink in fully," said Maris. "But it feels good."