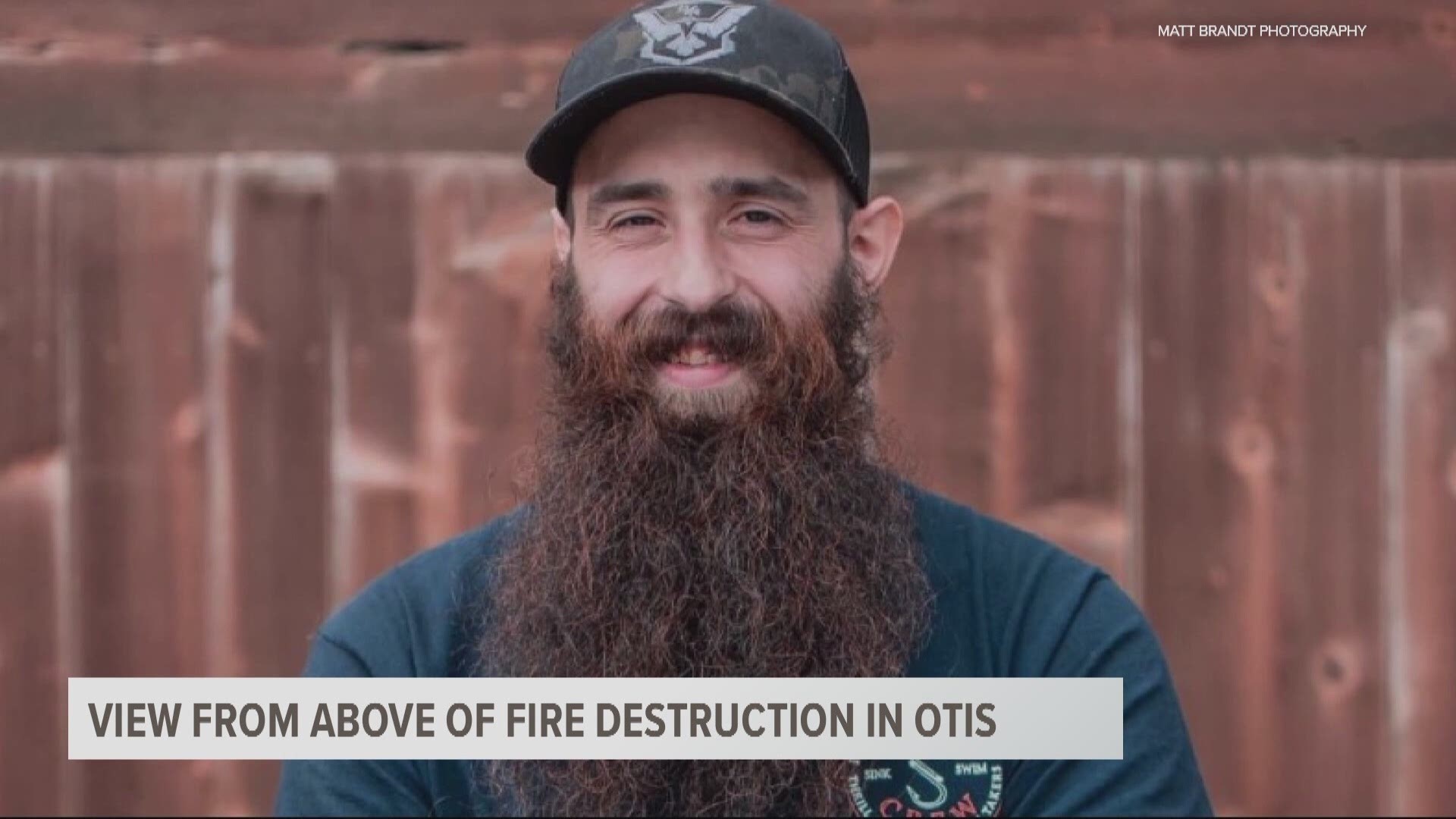 LINCOLN CITY, Oregon — Matt Brandt is a professional photographer who often captures happy events. This past week, he documented a tragedy.

“This is one of those things, I felt like it needed to be captured in a photo, in a video; people need to see what’s happening here,” said Brandt.

The longtime Lincoln City resident was able to fly his drone over the neighborhoods in nearby Otis. The Echo Mountain Complex fire took dozens and dozens of homes there, burned to the ground.

“It was a pretty emotional moment. I had already had those moments where I was crying with people and talking with them about those things and then to zoom out and to see the whole scale, it was too much," Brandt said.

Brandt had spent time on the ground in Otis, too, donating individual aerial pictures to people who wanted them. The images capture the loss residents had suffered earlier this month.

The 2,500-acre fire is now fully contained, however it burned more than 1,200 structures, including nearly 300 homes.

But there are homes still standing in the midst of the destruction. Like one on a half-acre, belonging to Brandt's good friend. Nicole Clarke works at the local newspaper, The News Guard, in Lincoln City. She and her family are still out of their house in Otis, but it’s still standing. Most of their friends and neighbors lost everything.

“I don’t know if they’re going to come back. I have no idea so a lot of it is that, and being there and being OK that our house has made it,” said Clarke.

Brandt shared a before and after picture of one section of a neighborhood that really brought it home.

Credit: Matt Brandt Photography
Otis neighborhood before and after fire

But the special thing he's seen is that in their loss, this tight-knit community has come together even more.

Amazingly, nobody died in the Echo Mountain Complex Fire, despite having to flee at a moment’s notice when the fire swept through.  But the losses are otherwise huge. If you’d like to help, donations can be made to the nonprofit organization Echo Mountain Fire Relief fund.