With only minutes to spare, Christine Core and her husband evacuated their home along the McKenzie River. It was a home they had planned a lifetime for. 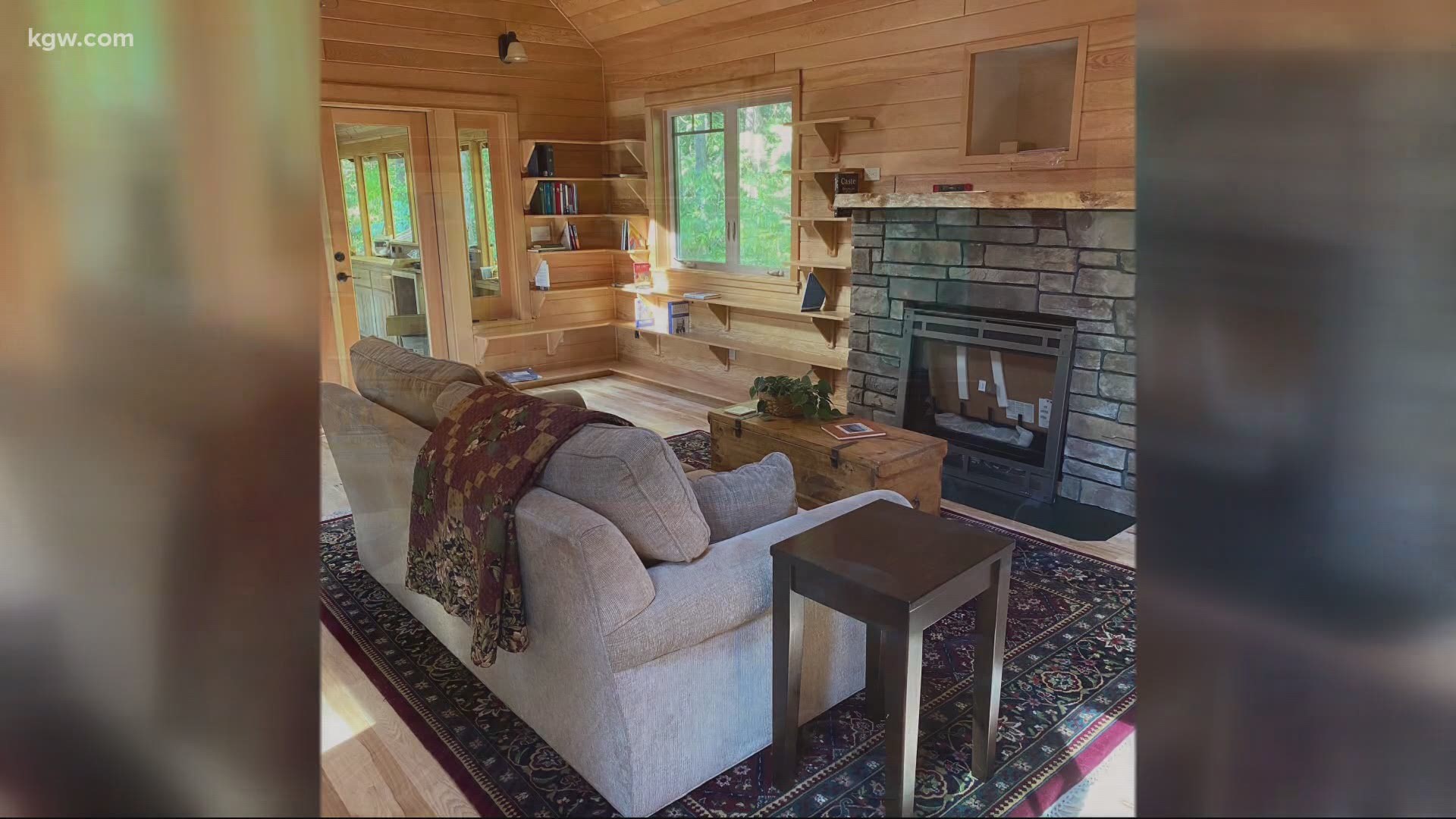 LANE COUNTY, Ore. — As E.B. White famously wrote, "there is often a rather fine line between laughing and crying." It's a fine line Christine Core knows well.

"Oh yeah, the gamut of emotions is just all over the place," she said.

But these days, she is choosing to laugh. On Tuesday, it was over a Facebook post joking about a car for sale in fire-ravaged Blue River.

"That car is going to sell in a hot flash," she laughed. "What are you going to do?"

It's that attitude that has helped Core get through the last week. The Holiday Farm Fire forced her and her husband John to evacuate their home on the McKenzie River.

"It was an inferno," she recalled. "It was scary."

They made it out with only minutes to spare, all thanks to a knock at their door.

"Kenny, the volunteer firefighter, knocked on our door saying we're evacuating... you have to get out," Core said.

The couple grabbed their dog and two of Core's most precious mementos, her grandmother's ring and locket, and left.

"As I was backing out, I saw the fire creeping toward our house through the underbrush," she said. "I saw the crowning of the trees."

It would be the last time they'd see their home, a home they had been expanding and remodeling. It was what they called their dream home.

"It was perfect, the perfect retirement, peaceful serene and it is no more," she said.

Still, Core is grateful because she knows amidst all the loss there is still so much she has. Friends offered the couple a condo to stay in. Family has bought them new clothes. And they are thankful for every bit of it.

Core wants to make sure those who truly need help, get it. She knows there's a lot of those folks out there who probably haven't laughed for days but could use a smile right about now. Sometimes, she said, laughter really is the best medicine.

"Out of these ashes, where is the joy?" Core wondered. "That's really what we're looking for."