The Mosier Creek Fire has destroyed 31 buildings and is still threatening hundreds more. 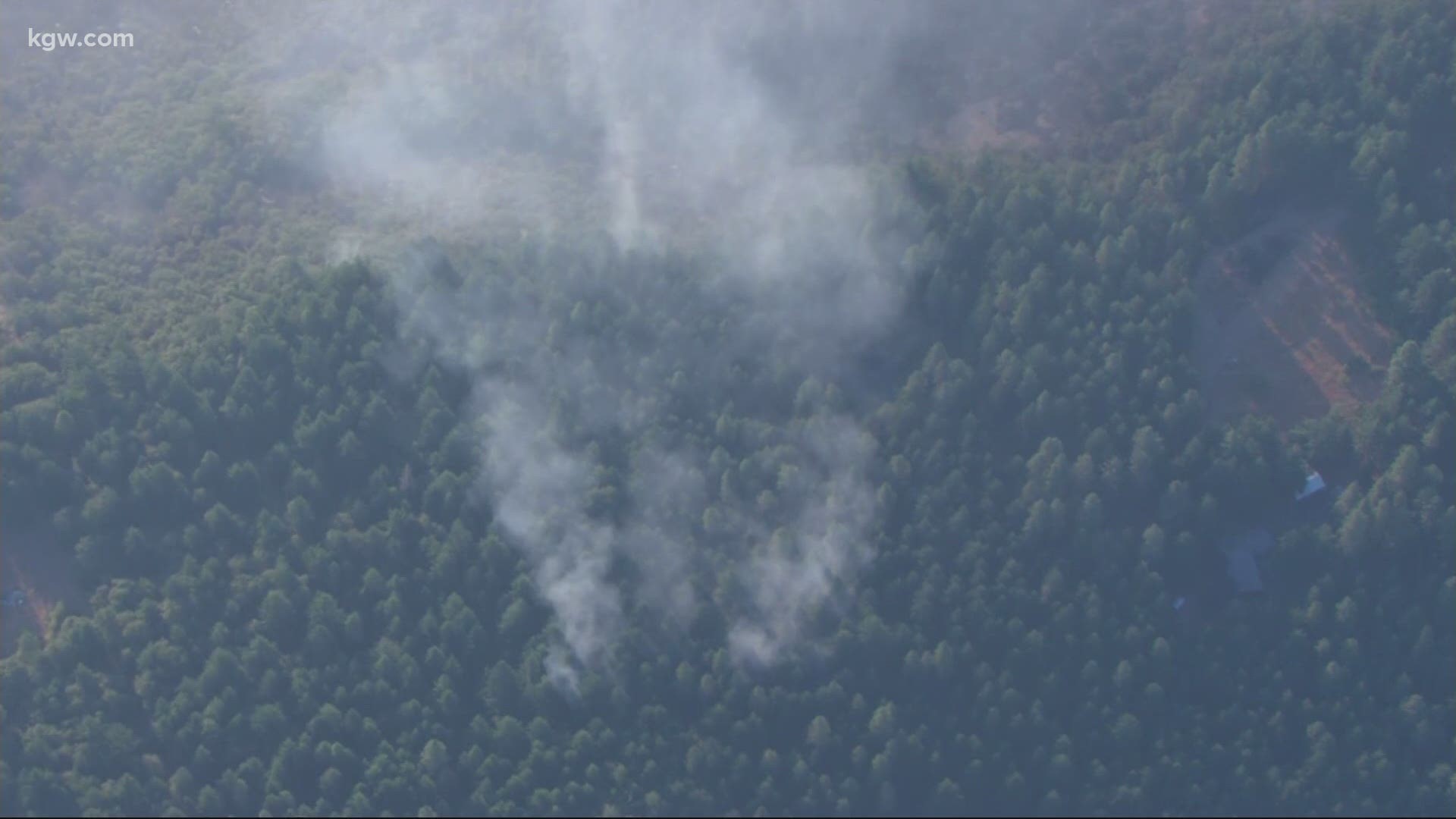 The fire which broke out Wednesday is now 45% contained according to Inciweb, which tracks active fires across the country.

“All four sides of the fire were well covered by crews and we are happy with current staffing levels for the job," said Oregon State Fire Marshals office Operations Chief Scott Stutzman. Nearly 750 personnel are battling the fire.

The fire has burned 985 acres and destroyed 31 structures, according to the Oregon Department of Forestry. That includes 11 single-family homes.

More than 500 homes remain under evacuation and the fire threatens more than 650 total structures.

The fire is human-caused, according to officials.

On Thursday afternoon, FEMA clarified that about 900 people total were being evacuated from 415 homes.

"People really need to be paying attention and be mindful of the sheriff's evacuation orders," said an ODF spokesperson. "They need to be looking ahead at that and be prepared to leave at a moment's notice."

On Wednesday night, the sheriff's office said people should avoid the area of Mosier Creek, Carrol Road, State Road and Dry Creek Road. Mosier is located east of Hood River and west of The Dalles.

Credit: KGW
Map of the wildfire burning near Mosier in the Columbia River Gorge

WCSO said the Shilo Inn in The Dalles was available as a shelter location for all those evacuating.

RELATED: 'I got everything that I could ': Evacuees recount scary night as Mosier Creek Fire spreads

The Oregon Department of Forestry (ODF) said it became aware of the fire, which has been named the Mosier Creek Fire, between 4:30 p.m. and 5 p.m. on Wednesday. An official with the agency said as of 6:45 p.m. Wednesday the fire was about 50 acres; by 10 p.m., it had grown to 500 acres.

Gov. Brown invoked the Emergency Conflagration Act, meaning resources from around the state can be used to help contain the fire. The Oregon State Fire Marshal assumed command of firefighting operations at 8 a.m. Thursday.

A health liaison and two medical responders certified as EMT or higher will also be at the fire to ensure COVID-19 safety measures are in place, according to the state fire marshal's spokesperson.

"I ask Oregonians to remember that preventing wildfires is critical this year, especially as we have fire crews on the front lines during this pandemic," Brown said in a statement. "Be cautious and honor all burn bans, and keep our fire crews in your thoughts as they fight to protect our communities and the landscapes that surround them."

Live Satellite imagery from the University of Washington shows smoke from the Mosier Creek Wildfire: