For four hours on Monday night, McKenzie Stage Stop Restaurant handed out burgers to firefighters and the community to say thank you. 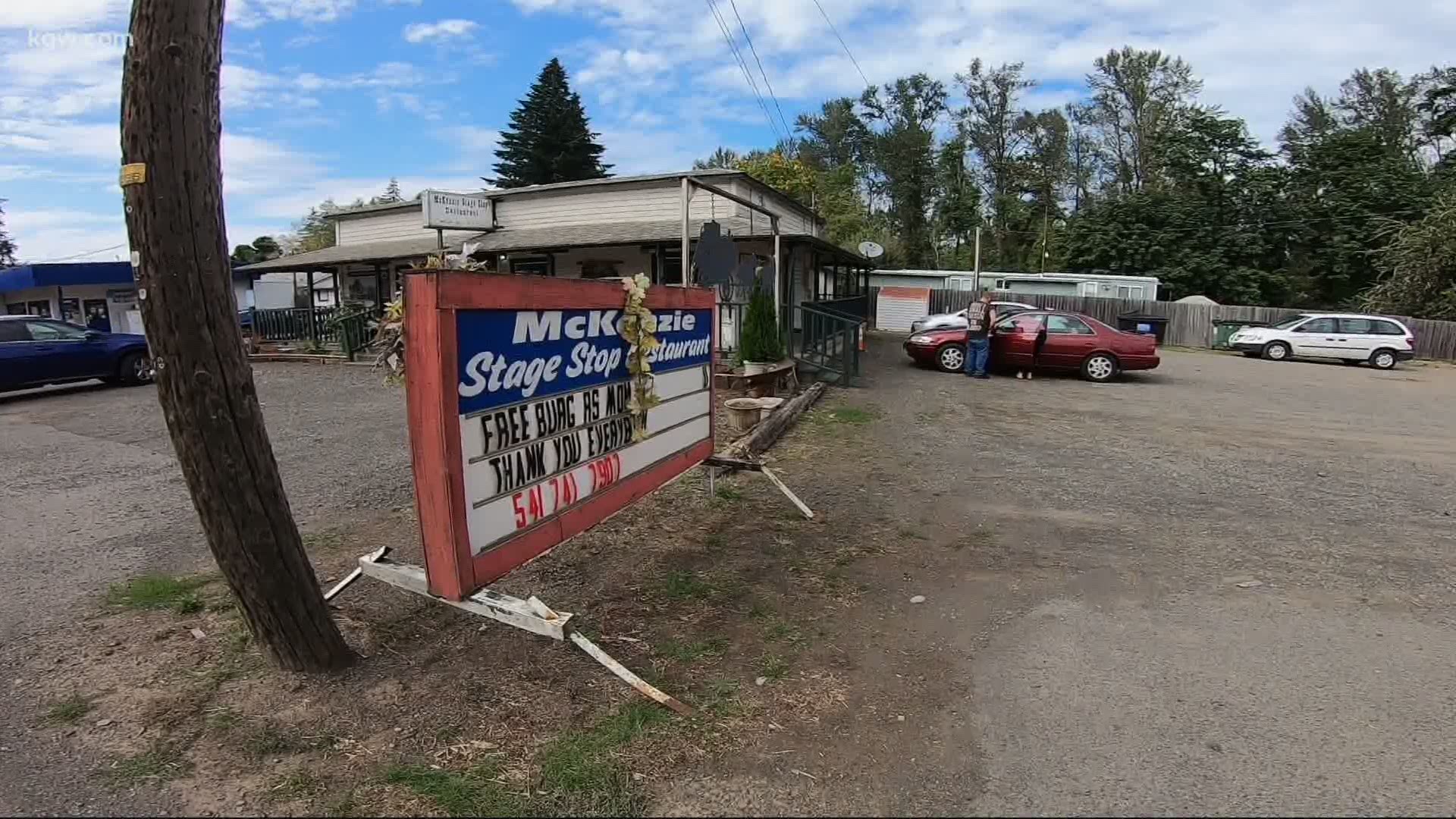 SPRINGFIELD, Ore. — Situated along the McKenzie Highway, there are two words that are a common sight along Highway 126 just east of Springfield: Thank you.

Signs thanking firefighters, first responders and crews helping contain the Holiday Farm Fire dot the highway, attached to poles, gates or even at the lone gas station in Cedar Flat.

At the McKenzie Stage Stop Restaurant, owner Dale Wilson and his wife have a sign outside their restaurant that reads, "Free burgers Mon 3-7, thank you everybody."

"We're giving away free cheeseburger baskets to everybody. Everybody that stops. As long as they last," Wilson said.

The cheeseburger baskets were a token of thanks for everyone in the McKenzie River area. The Wilsons have owned the restaurant off and on for 20 years, they said, and this is one way to give back.

"It's part of the community. Helping your neighbors, a lot of them without homes. No way to cook food if they had food," Wilson said.

The restaurant was in the evacuation zone and Dale said they had to leave for nine days. When they were finally able to reopen, they had to throw away a lot of their spoiled food.

The cheeseburger thank you the Wilsons are serving is their way of giving back to the firefighters that helped save their home and the community that has continued to support them.

As a way to say thank you to fire fighters and the community as a whole, EVERYONE gets a free cheeseburger basket at McKenzie Stage Stop Restaurant from 3-7 today while they last.#HolidayFarmFire pic.twitter.com/M9SMj6WaS2

The Holiday Farm Fire has burned more than 170,000 acres and destroyed more than 700 homes and outbuildings. One person has died.