There are nine large fires burning across the state, according to the governor. The largest, the Bootleg Fire, has burned nearly 390,000 acres in Southern Oregon. 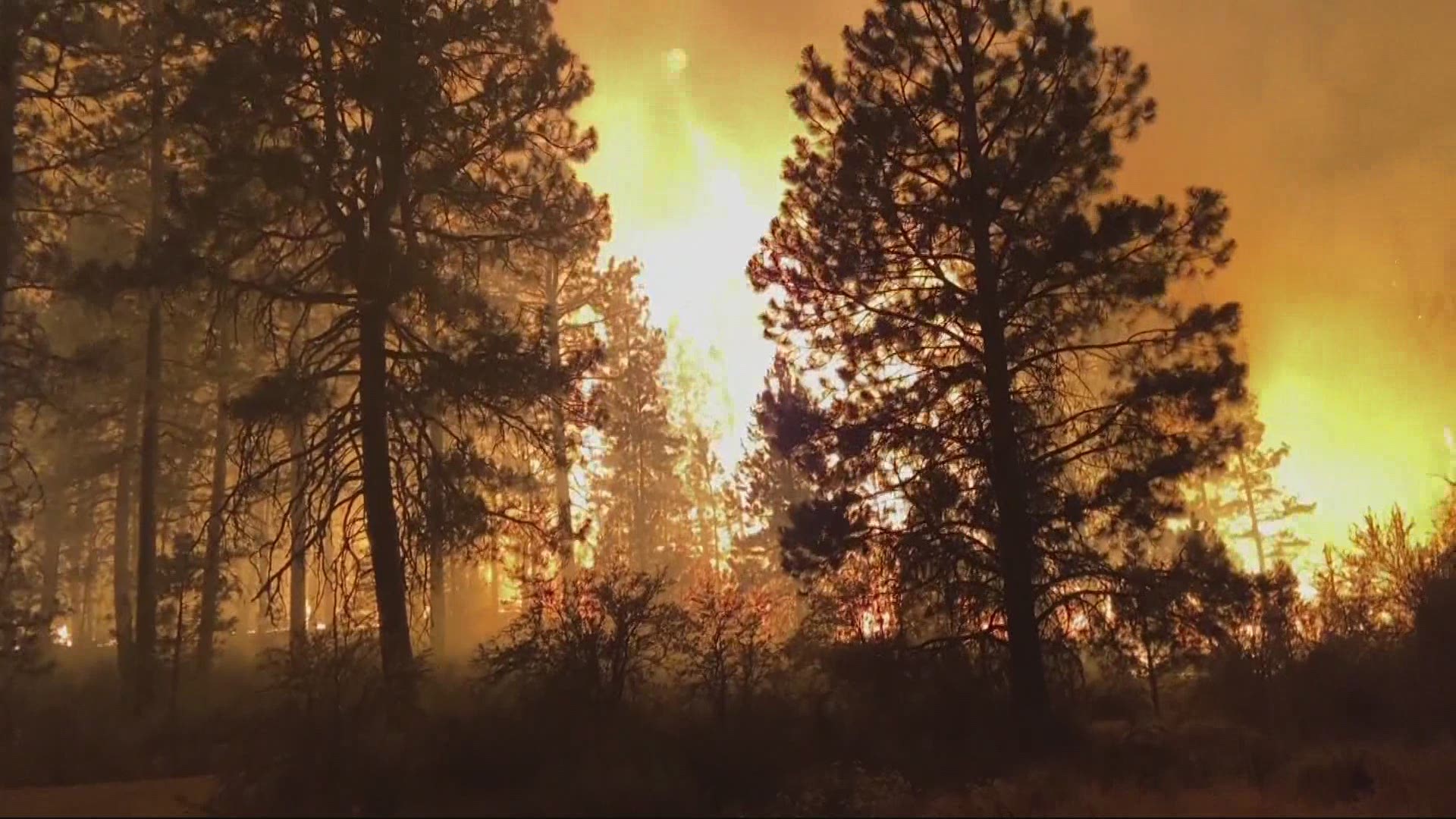 SALEM, Ore. — Gov. Kate Brown and other state leaders spoke about Oregon's response to wildfires burning across the state during a briefing Tuesday. The primary message of the briefing was that Oregon residents must be prepared for what Brown said is "shaping up to be another difficult wildfire season."

Brown advised everyone to make a plan with their family so they're ready to evacuate if necessary, and to sign up for local alerts at oralert.gov. The governor said people can find more information about the state's wildfires at wildfire.oregon.gov.

"We must be prepared, each and every one of us," Brown said. "Last year's historic fire season taught us that being prepared can truly be the difference between life and death. ... Get two weeks ready. And when you're asked to evacuate, please just do it."

The governor said there are nine large fires burning across the state. The largest, the Bootleg Fire, has burned nearly 390,000 acres in and around the Fremont-Winema National Forest in Southern Oregon. The fire is larger than the city of Los Angeles and is the fourth-biggest wildfire in Oregon's modern history, according to the Associated Press.

At least 2,000 homes have been evacuated and another 5,000 threatened during the fire. At least 70 homes and more than 100 outbuildings have gone up in flames, the Associated Press reports.

State officials said the fire season started so early because of the extreme level of drought across the state and historic heat conditions from earlier in the summer. Doug Grafe, the chief of fire protection for the Oregon Department of Forestry, said 90% of the state is currently in exceptional, extreme or severe drought conditions.

"To see that level [of drought] is really the foundation for why we're at the condition we're at today," Grafe said. He added that the historic high temperatures from late June propelled the state into late-August fire conditions more than a month sooner than typical.

"The remainder of the season continues to look above-normal dry and above-normal temperatures," Grafe said. "This is not going to return to normal anytime soon. We're facing a long, difficult fire season."