For seven hours they thought they might not make it out alive. But they did thanks to hope and a little song. 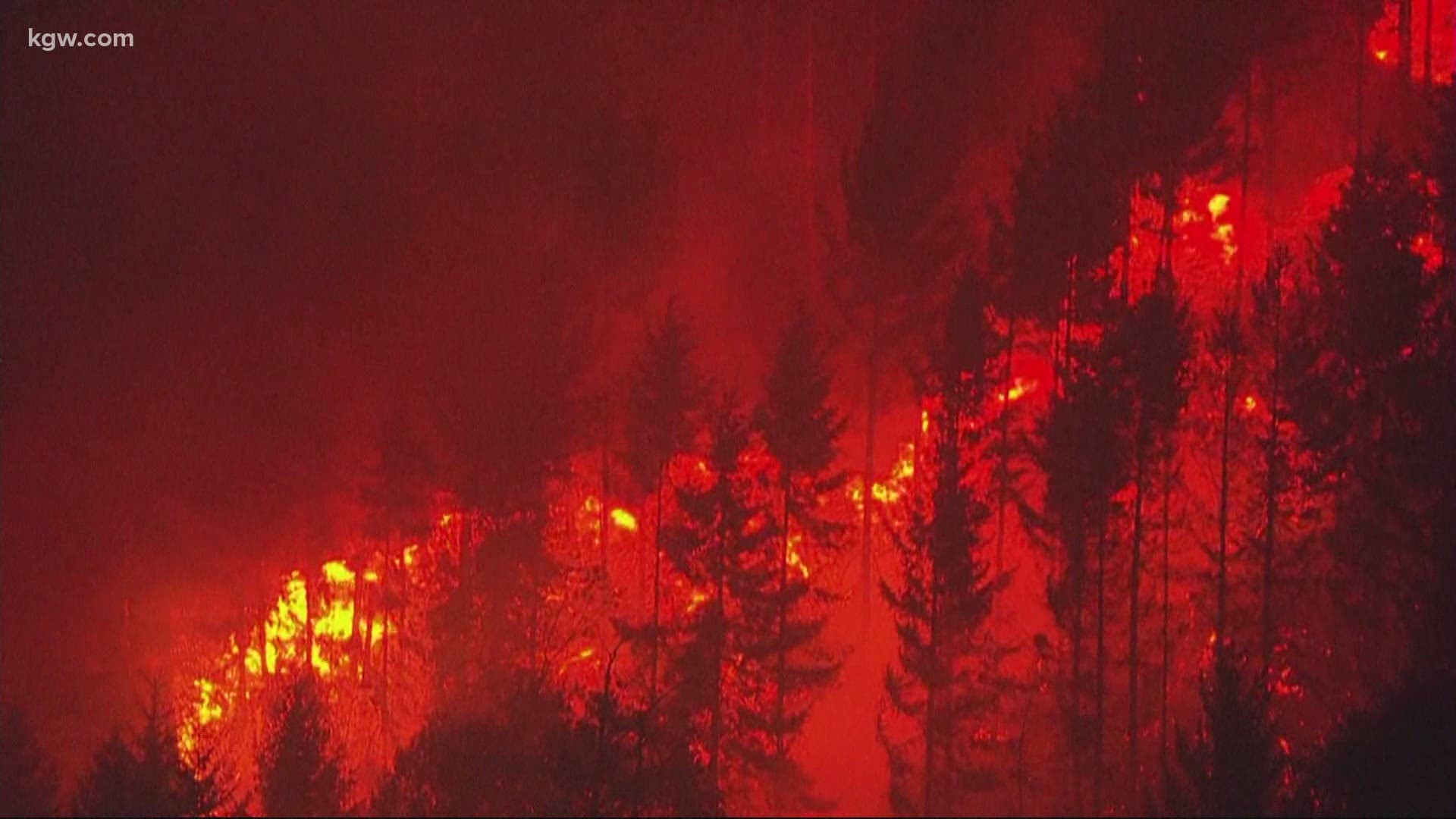 GATES, Ore. — For musician Scott Sky Johnson, rivers have always been a source of inspiration and hope. It's not surprising he wrote most of his music at his home perched above the Santiam River. A home he, his wife Marybeth and their cat Tuku shared. A home filled with happiness and often song.

"It was on a 50-foot cliff overlooking the Santiam and it was the most gorgeous, amazing place you could imagine," said Scott.

But in the early hours of Tuesday, Sept. 8, the music stopped. The couple woke to an orange glow outside the window. The wildfire was racing toward them.

"I even grabbed the keys thinking I could drive the car," Scott said. "But the minute I stepped out the door it was a wall of flames."

They knew they had only one place to go.

"We thank that river every day," he said.

The couple grabbed Tuku and ran down a 30-foot embankment through the flames to the Santiam River below.

"We're looking up and down the river as far as we can see...on both sides it was raging 40-foot wall of flames," Scott recalled.

With fire all around them, the Johnsons and their cat stayed on a log in the frigid water for seven hours. They passed the time by singing a song. They sang as they watched their home, studio and all their musical instruments burn.

"Our land is unrecognizable, a moonscape pile of twisted metal," he said.

It was what most of the Gates community looked like.

Yet, Scott doesn't dwell on what he's lost. He's celebrating what he gained.

"That is the unrealized miracle of all this... just how much love is out there for us and that we have for other," Scott said.

"We just kind of lived our life in this way of giving what we could when we could," he said. "It feels like it's all coming back. It's so beautiful."

A beauty expressed by the countless thoughts and prayers of others and a life-saving river that continues to inspire.