KGW spoke with several people Monday who evacuated and ultimately lost everything to the fire but manage to find some hope. 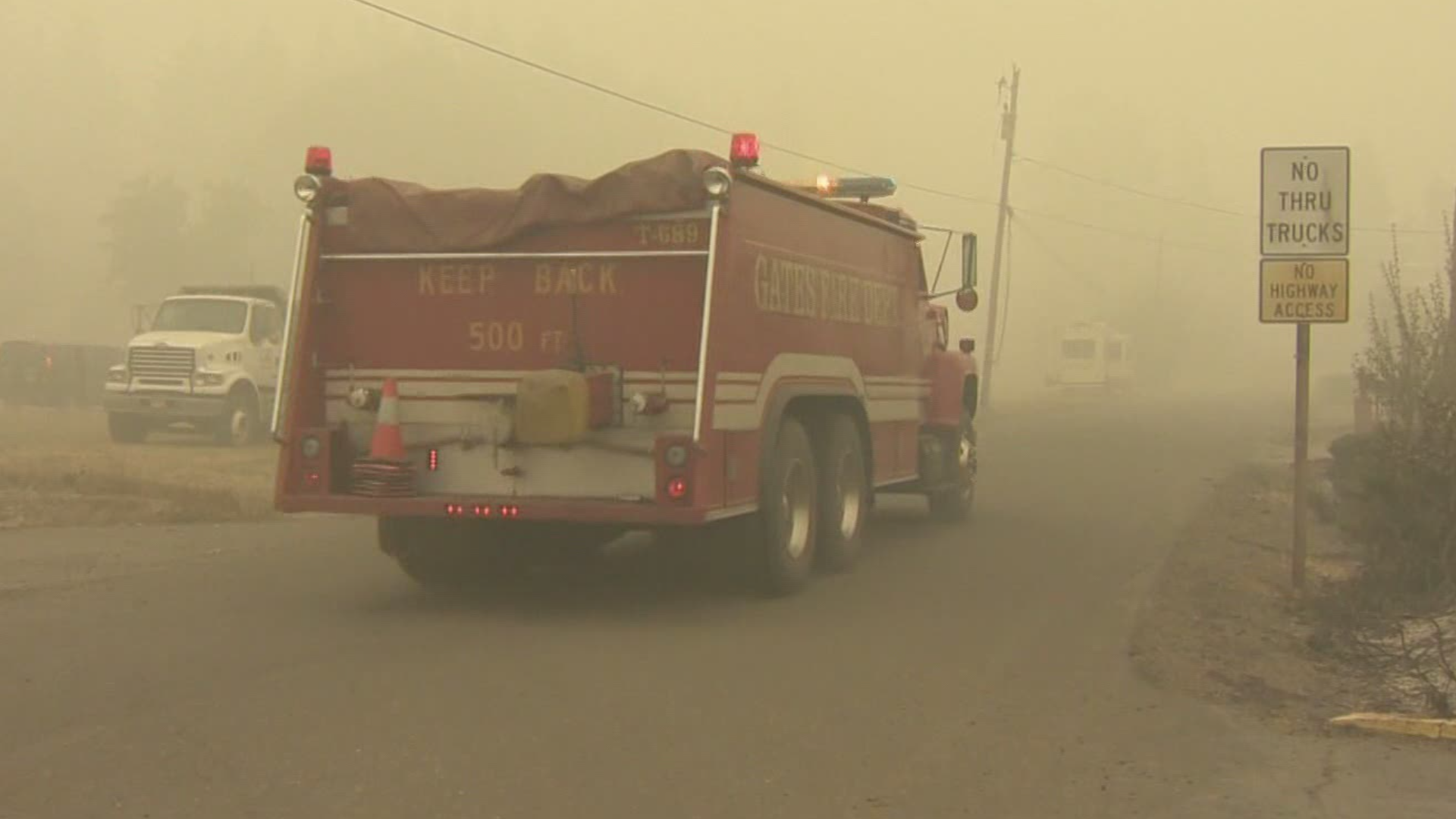 MEHAMA, Ore. — The Beachie Creek Fire, burning mostly in Marion County, has scorched more than 188,000 acres and is not at all contained.

It hasn’t grown much since the same time on Sunday but continues to burn about a mile away from the Riverside Fire in Clackamas County.

Behind the barricade on Highway 22 at Mehama, towns up and down the road and in the surrounding area in both Marion and Linn counties are still under Level 3 evacuation orders.

While tens of thousands of people are under Level 2 and 3 evacuation orders, Marion County removed several cities from the list entirely including Stayton, Sublimity, Aumsville, Mt. Angel and Silverton.

Because of the thick smoke inversion we've been dealing with for a week it's been too unsafe to get air resources up to drop retardant or water on the Beachie Creek Fire.

It started almost a month ago in a remote area in the Santiam Canyon west of Detroit. Last Monday, historic winds picked up and fanned flames and threw embers, causing the fire to run uncontrollably and spark more and more spot fires that ultimately connected. We still don't know how the Beachie Creek Fire started; officials say they’ve been focused on saving lives and property.

KGW spoke with several people Monday who evacuated and ultimately lost everything to the fire but manage to find some hope.

Brandon Kirk is one of those people. He owned a sanctuary of a home along the Santiam Canyon overlooking the Little North Santiam River.

“That was our rock; whenever we had a bad day or were stressed we just got to go look out over our river and take a walk in the woods,” Kirk said. “So we're anxious to see what's left.”

After the Beachie Creek Fire tore through the Kirks' neighborhood last Monday and Tuesday, nothing is left. Their beautiful plot of land is now charred.

“I sent my wife down the mountain at 1 o’clock and I stayed and tried to cut brush and push water but we lost our well,” Kirk said through tears. “It was one of most helpless things I've ever felt, not being able to do anything. And then we got the pictures on Wednesday of our house gone - it was even more depressing.”

Kirk says they had time to pack a bag and their two German Shepherds.

“I honestly thought we were coming back,” he said.

After evacuating their home in Elkhorn they were on the run from flames, seeking a safe haven in one place - only to have to leave again.

“We couldn't get away from it!” Kirk said.

He wants to see what's left with his own eyes.

“I've been just trying to get home since Monday to see what happened to our house,” Kirk said through tears. “But we can't because they won't let anybody up our road because they keep finding people that didn't make it. Yeah, that's the toughest part.”

More than 500 people from around the country are assigned to the Beachie Creek fire, including full-time and volunteer firefighters from neighboring Aumsville.

Firefighter mechanic Chris Lorenz says they initially got called out to a commercial fire in the town of Gates, but when they showed up they were immediately re-assigned.

“There were multiple incidents going on at the time when we got up there so we got deployed elsewhere and I don’t think anybody realized how big that scene was and what was going on,” Lorenz said. “When we got up there, there was more fire than anyone really knew.”

Born and raised in the area, Lorenz has deep ties to the towns now ravaged by fire.

As he fought the flames, much of his family in Lyons and Gates were running from them.

“It was pretty hard,” Lorenz told KGW. “You are trying to focus on the task at hand and you know someone else out there is taking care of them.”

Like so many around Oregon, Aumsville firefighters have been running on empty. They’re now taking shifts sleeping in a donated trailer in their parking lot because they don’t have sleeping quarters.

They’re extending deep gratitude to people and businesses in the community, including Amazon, that have donated supplies to firefighters. He also said residents impacted by the fire are lending trucks and bulldozers and even fighting the fire themselves.

Crews continue working to build and reinforce containment and control lines around the perimeter of fire, particularly on the west, northwest and southern flanks of the fire, while others mop up and assess damage.

Aumsville firefighter and EMT Connor Lane has been up in Detroit searching for homes and structures still standing.

“[We’re] putting out spot fires or anything that’s still burning close to those houses to try to keep them from going up. We’re saving the houses that are still there,” Lane said. “This is the worst I’ve ever seen personally, unfortunately.”

The Kirks - and Oregonians all over the Santiam Canyon - are so thankful for that work.

“I’m glad everybody got out when they did,” Kirk said. “First responders, Marion County has done an excellent job doing what they can to help out. And all we can do is rebuild and go from there.” 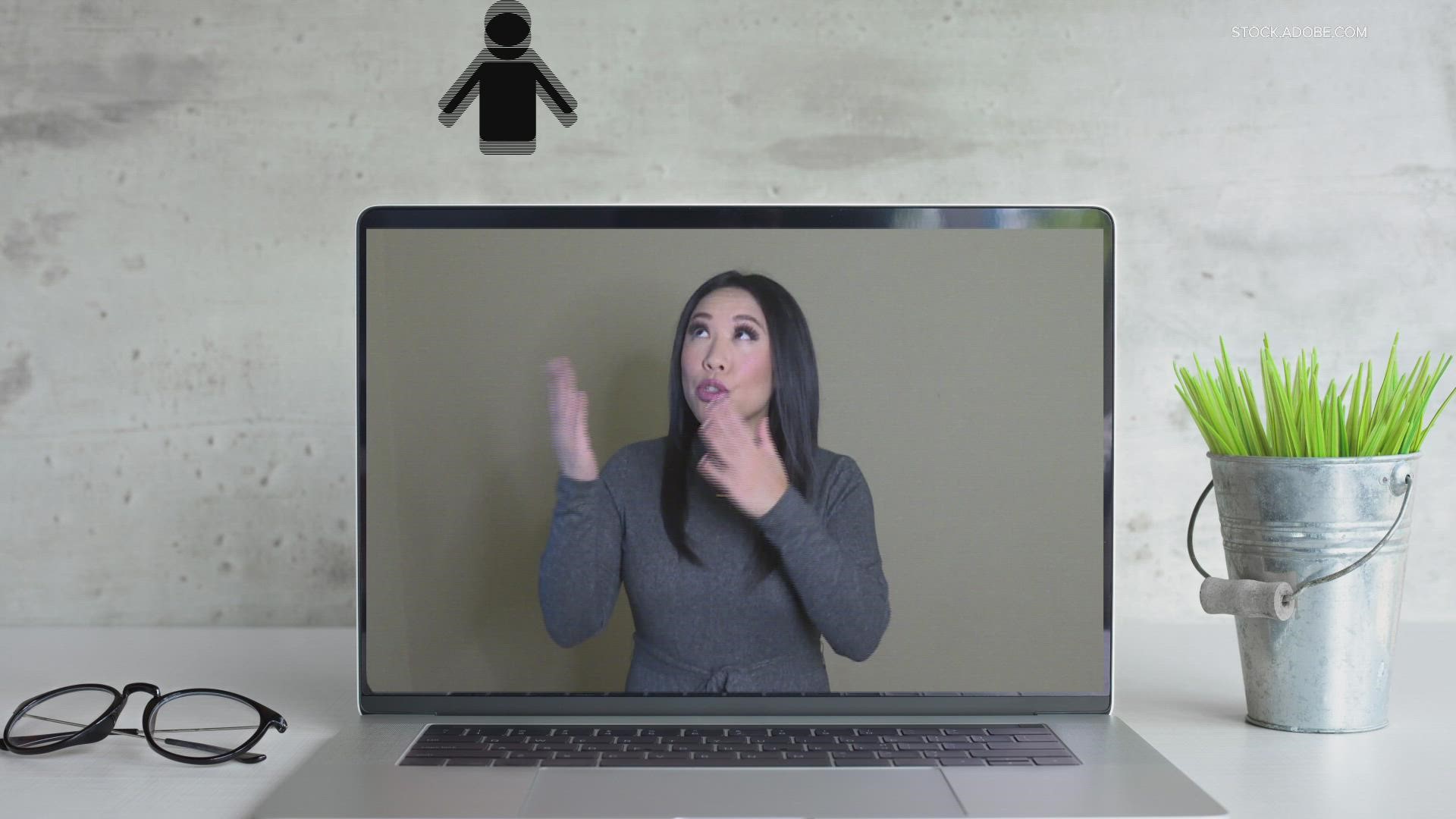