“[The flames] were probably an eighth of a mile away from [the station],” the General Manager said. 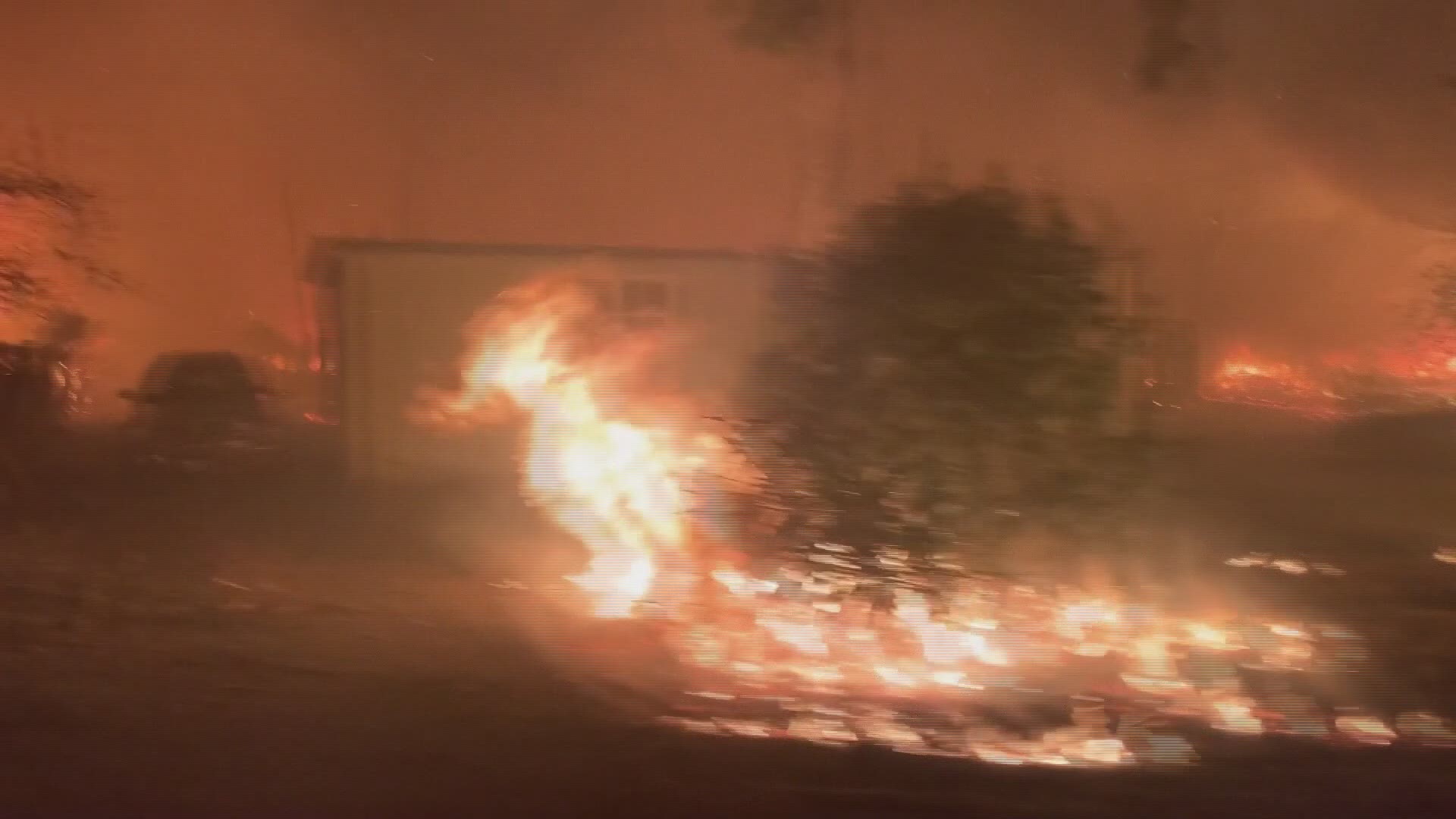 MILL CITY, Ore. — Late last Monday night, Ken Cartwright and his wife packed up belongings and, like so many of their neighbors in Marion County, fled their homes.

Unlike so many neighbors, the couple then separated.

“I sent my wife to Stayton to stay with a friend of ours who invited us there,” he said in an interview a week later. “And I headed to the station and broadcast until two o'clock emergency evacuations.”

Cartwright is the general manager, news director and broadcaster at KYAC, a non-profit community radio station based in Mill City.

Founded six years ago, it’s dubbed “The Voice of the Santiam Canyon.”

“The communities that we serve, Gates, Mill City, Lyons, Mehama, North Fork … They depend on us for information,” Cartwright said. “And because we partner with Marion County Emergency Management, it's our duty to make sure that people on the highway, as well as within our communities, are informed about any emergencies.”

Cartwright stayed on the air for hours that first night, finally signing off and cutting the station’s signal around 2:15 a.m. Tuesday morning.

For the next 24 hours, he assumed the station was burning to the ground.

Wednesday, he learned just how lucky KYAC was.

“[The flames] were probably an eighth of a mile away from [the station],” he said. “The antenna was a little closer. I believe he said it was within six feet.”

Cartwright got back to work and put the station on autopilot, playing music and pre-taped programming. He, meanwhile, focused his attention on posting emergency updates on Facebook.

Monday morning the lifelong broadcaster and music-lover, who also makes money building and repairing instruments, was back on the air.

He’s been averaging four to five hours of sleep per night. Much of that is due to what’s happening outside the station.

“We lost our home in Gates as many people did, but we have many arms and many hearts wrapped around supporting us,” Cartwright said. “And my first job is still to be here at the station broadcasting information to the community.”

The home, which he and his wife just renovated, was insured, he added.

He’ll deal with it eventually. For now, people are listening.

“I was a radioman in the Navy, and you don't leave the ship until you send the last signal,” he said. “So that's my motto here at the station … you're the last person to leave after everyone's warned.”