It's wildfire season, and Google is working on a project to help keep people up-to-date when they’re in harm's way. 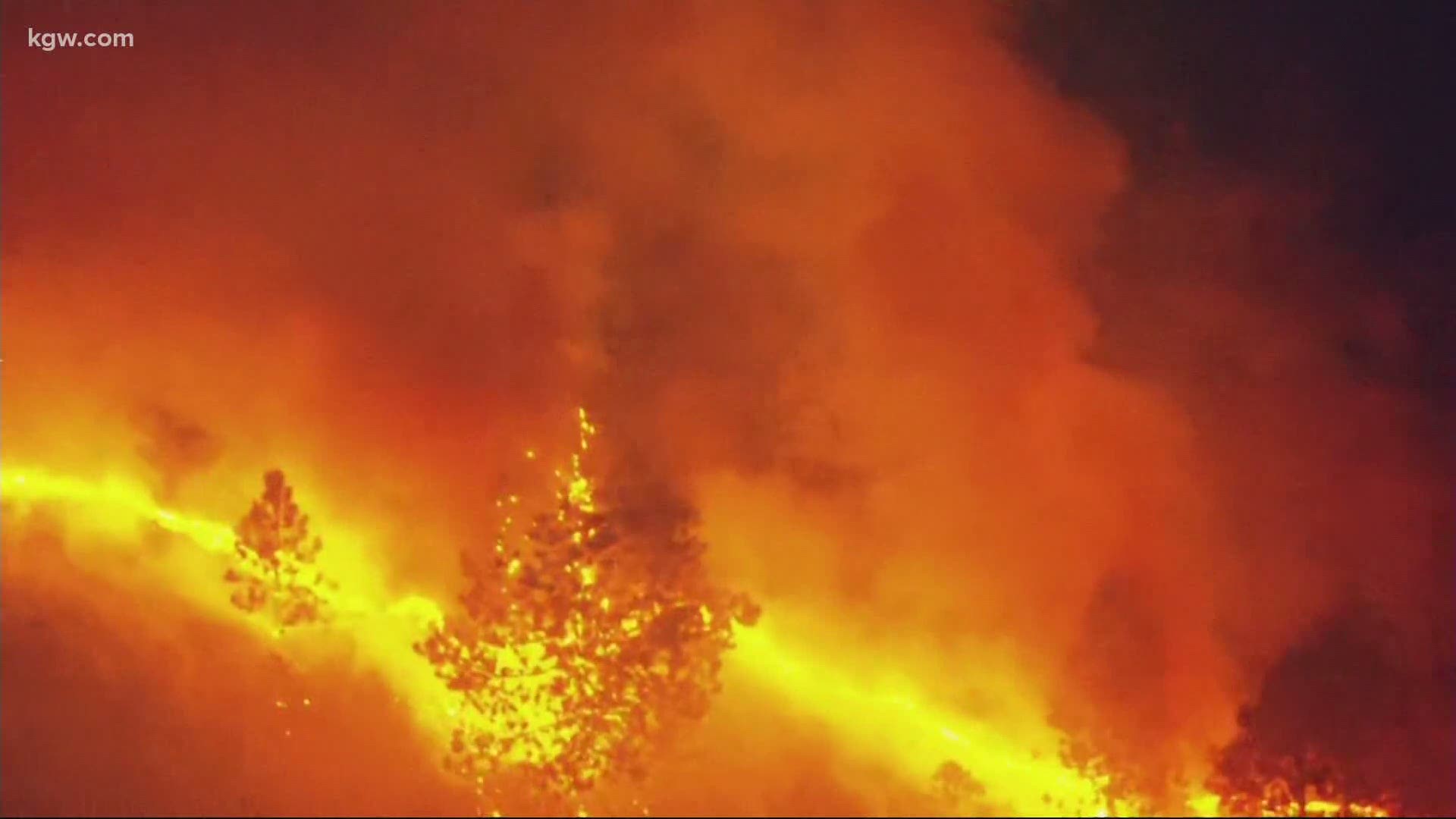 When the Mosier Creek Fire broke out on August 12 between Hood River and The Dalles, it was the latest reminder of what the summer heat and dry conditions can do.

“Wildfires are one of those that have been getting markedly worse,” said Ryan Galleher. “We’ve looked at Google Trends data that shows a year-over-year, constantly increasing spike in global searches for wildfires, not just in the United States.”

Galleher is a crisis response program manager at Google. His team has rolled out a wildfire mapping feature on Google Maps that has expanded to include Oregon.

“Right now, we aren’t launched for every single fire,” he said. “It depends on where you are first of all, so if you’re near the fire and you search for ‘wildfire plus Bend’ or ‘wildfire plus Portland’ you would get the local alert we launch for that region.”

The Google S.O.S. alerts include links to help and information, top news stories, and social media accounts for local fire and police. Also included is a fire boundary feature.

“That would be a thumbnail showing a snapshot of the fire, from there you can click into Google Maps.”

“They have a satellite constellation called GOES and they sit over the equator looking over North America and they are equipped with infrared and optical sensors,” Galleher said.

Those sensors refresh about every five minutes and can detect if there’s heat coming from the ground. Google takes the data and runs their own analysis of the map’s “hot pixels.”

“And we draw a boundary around it and make it a more user-friendly experience,” he said.

The goal of the map feature is to provide timely and actual information to people who might be in the area of a wildfire. It also works as a tool for friends and family to keep tabs on conditions.

“People who aren’t near the fire can search for that ‘Portland plus fire’ and get that exact same alert,” Galleher said. “None of this is to take away from our partners in local governments that we work with. The folks on the ground who are fighting these fires, they are the ones doing the actual physical work and we are just trying to act as a megaphone for them.”

Galleher says it’s a bittersweet project. One they wish they didn’t have to do, but they also realize it’s necessary, to protect people and their homes.

“We’re grateful that we were able to get this product ready and launched in time to address the needs of folks on the ground,” he said. “And we hope to keep growing it, and expanding it, and make it even more useful for those that need it most.”