Fire investigators think the North Maple Fire, which was burning southeast of Kelso, Washington, started from a small burn pile that got out of control. 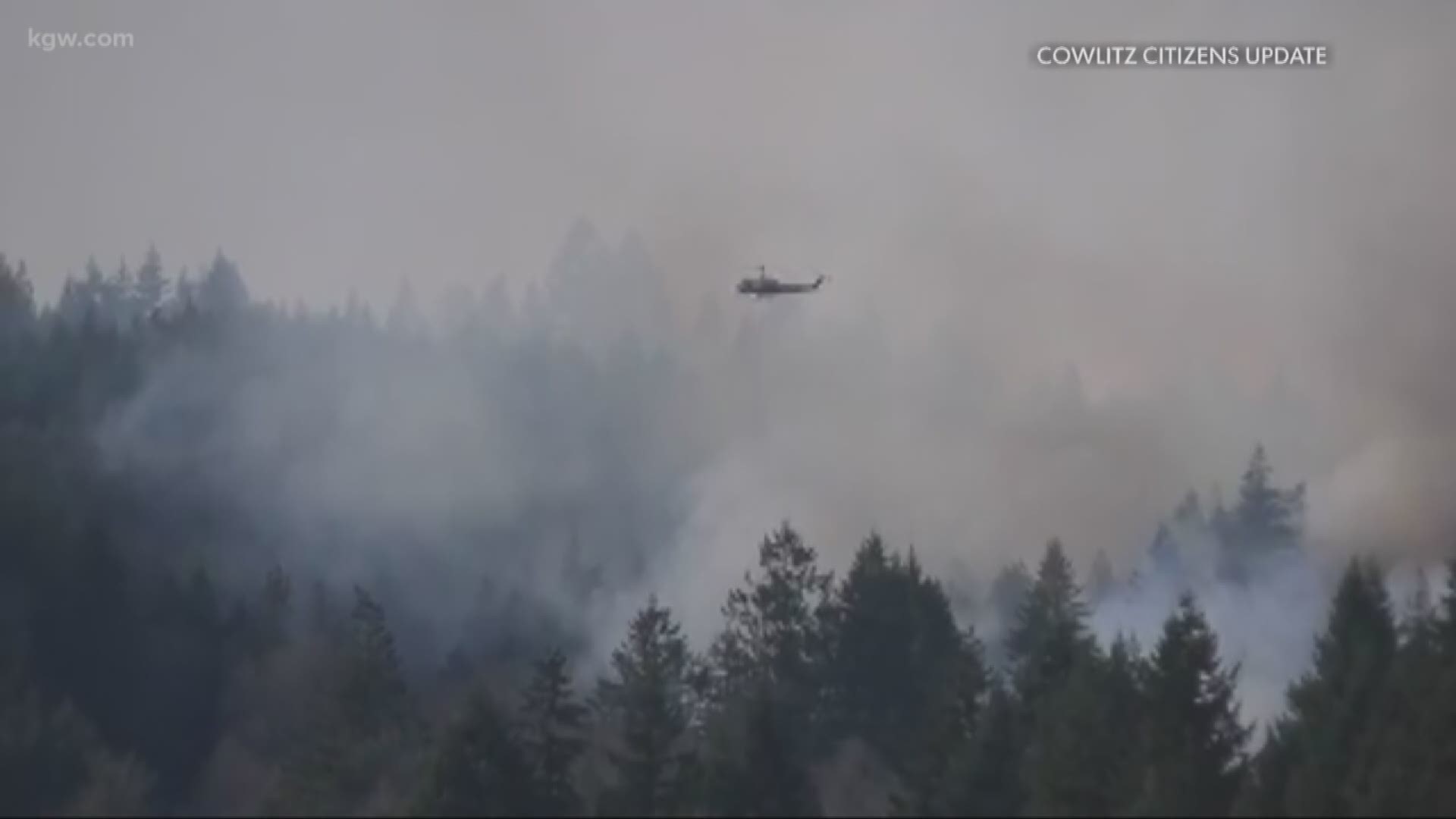 KELSO, Wash. — A fire that burned about 23 acres in Cowlitz County is fully contained and state resources used to fight the fire have been demobilized, fire officials said on Saturday.

Fire investigators think the North Maple Fire, which was burning southeast of Kelso, Washington, started from a small burn pile that got out of control.

Firefighters said the fire started right after an emergency burn ban was put into place on Wednesday in Cowlitz County. The burn ban was lifted on Saturday.

Level 3 (Go!) evacuation orders were put into place hours after the fire broke out. Those orders were downgraded to Level 2 (Be ready) on Thursday and lifted on Friday, according to Cowlitz 2 Fire and Rescue. A temporary evacuation shelter was established at the Kalama High School gym.

The fire burned about 23 acres, officials said on Friday.

Firefighters on Thursday said they were absolutely exhausted after responding to several fires throughout the week. Firefighters from across the area assisted with the containment process.

KGW spoke with a man who lives in the area that was under evacuation orders. He never actually felt he had to leave, but he was ready just in case. He said it sounded like a war zone, with all the helicopters filling the sky. But when he walked around outside he saw what they were dealing with.

"It just looked like a wall of flames. You really didn't want to be around, so you just got the heck out," Scott Hamblen said.

Celinda Northrup, whose home was just yards from the where the fire was burning, said she was "absolutely terrified."

"There's too many fires going on right now. It's unbelievable. People are not tuned into the dangers of it with all trees and dryness we've had. It's really a scary thing," Northrup said.

Joe Tone, battalion chief with Cowlitz 2 Fire & Rescue, said while the fire didn't reach any homes, it was close. At one point, the fire was threatening about 100 homes.

"We got fire right to the driveways of multiple homes on the bottom end of the fire. So we were fighting fire from the porches and driveways of homes," Tone said.

Drone photos posted Friday by Cowlitz County Department of Emergency Management show how close the fire was to reaching homes.

The North Maple Fire was one of 50 that broke out in Washington this past week, according to the Department of Natural Resources. More than half of those fires were in southwest Washington.

RELATED: Western Washington had 50 fires this week after stretch of dry weather