Insurance companies use drones around the country to scope out damages from disasters. 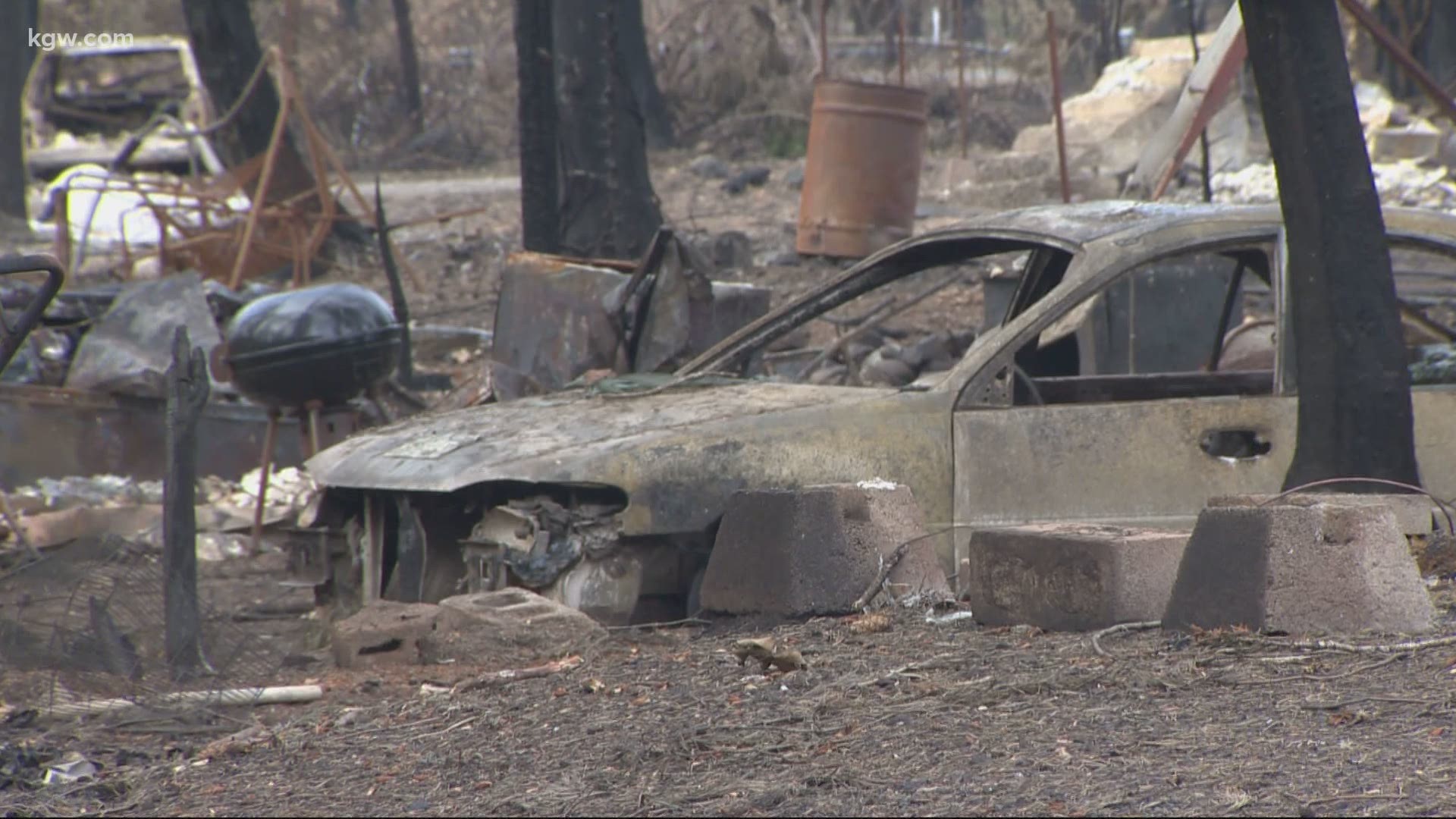 Cory Drier is one of 30 drone pilots employed by State Farm. His team travels the country to scope out damage from disasters such as fires, hurricanes and flooding.

"Yeah, it's been very busy," Dreier said. "You talk to the people, and you can see and feel when you talk to them how devastating it is."

Glenna Eck's family had to evacuate from the Holiday Farm Fire in Lane County in September. She didn't know at the time if she would have a home when she returned.

"I could see the ridge across from our house on the mountain was on fire," Eck described. "It was like it was snowing embers."

Eck, her extended family and neighbors fled from the area between Blue River and Finn Rock.

"All of our neighbors were burned out," Eck said.

Eck said she didn't know how, but her home survived, with the wildfire only scorching the edges of her property. So far, she has only filed insurance claims with State Farm for that and smoke damage.

RELATED: With only a broom, shovel and 2 fire extinguishers, Oregon man saves homes from wildfire

For thousands of Oregonians, the process is challenging.

"An incredibly busy year for us," said Leah Andrews with the Oregon Division of Financial Regulation (DFR).

"[People are] feeling rushed," Andrews said. "You just had something horrible happen, and you're trying to work through the processes."

This year, DFR is offering both wildfire and COVID-19 assistance.

Andrews warned Oregonians of scammers out there trying to take advantage of multiple crises.

"Everything from fake charities to people doing work that aren't licensed," Andrews said.

Glenna Eck counts herself lucky to still have her home along the McKenzie River. Her parents' home did not make it.

"Very sad...my childhood home...55 years they were in that home," Eck said. "Our community has taken a pretty big hit. Rebuilding the river is going to be a lot of work, but we're committed."