Congregations have been evacuated, many parishioners have lost homes and houses of worship are empty, but leaders are keeping the faith and adapting. 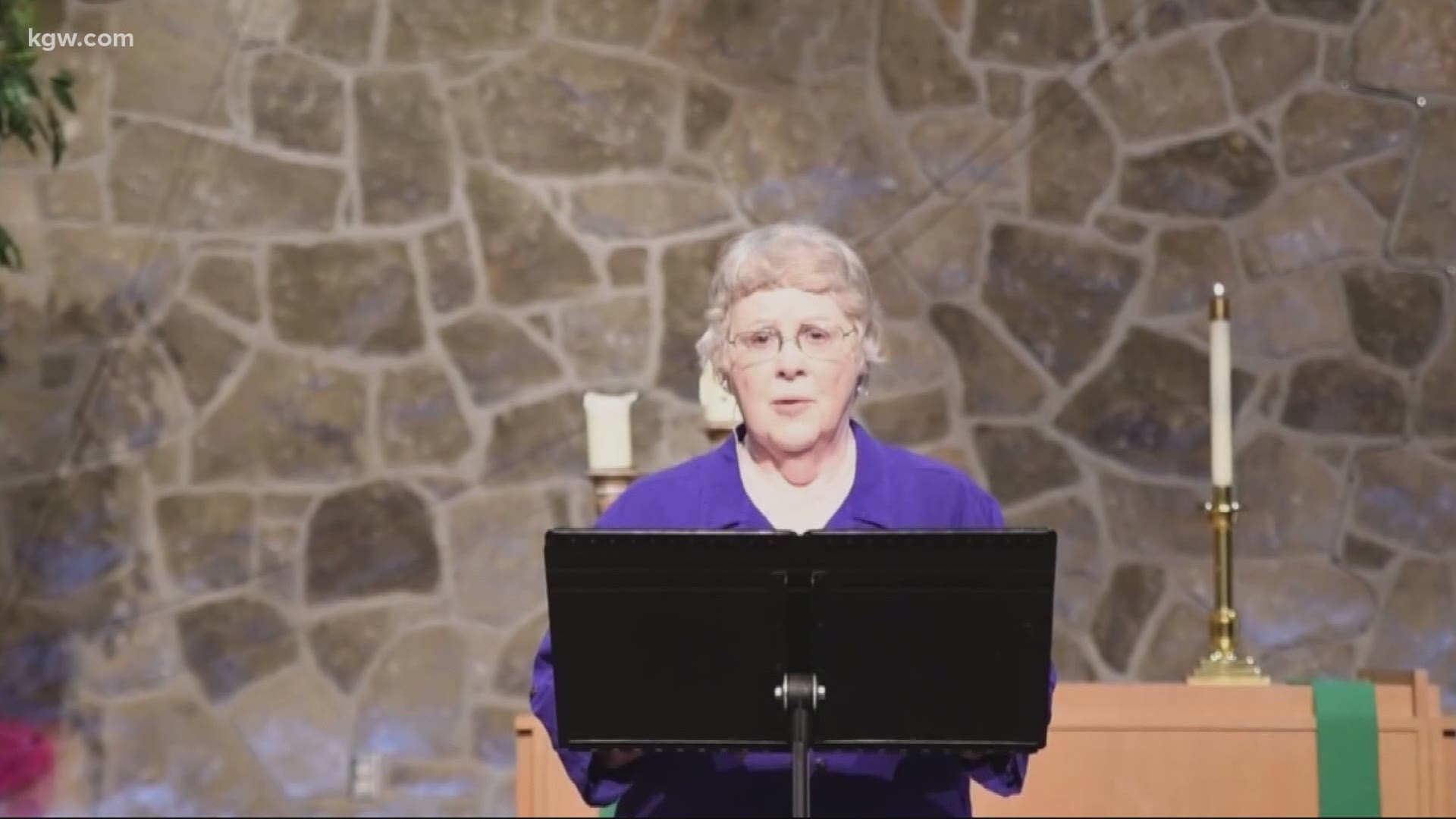 MILL CITY, Ore. — We’ve heard so many stories of resilience in recent months, including churches already adapting to the pandemic. Now some are pivoting because of the wildfires.

Through it all they're finding faith and fellowship in a time they need each other the most.

“We fell like, as a church, we were kind of hit this spring with a double whammy,” Mill City Presbyterian Church Pastor Carol Swanson said.

Mill City Presbyterian is a small congregation that is celebrating 125 years. Just days ago their walls of worship were threatened by wildfire.

“We thought, golly, we make it through 125 years and then the thing burns down, but we were very lucky,” she said.

The church was spared but her congregation was evacuated, including Swanson. They’re now scattered across several towns and cities.

“We were hit by the fire. So, then all of the congregation that had lived pretty locally then had to scatter and we were all over the place,” Swanson said. “And then we had to find a church in order to do a service for last Sunday.”

The church had already moved their services online because of the pandemic. This week they adjusted again.

Albany United Methodist Church opened its doors to Pastor Swanson so she could still record her Sunday sermon.

Estacada First Baptist Church had already moved services outdoors because of the pandemic. Sunday, the aftermath of the fires had them worshiping over Zoom.

“It was really important for our people just to be able to be together,” Pastor Bren Dodrill said. “And even though we weren't physically present, being able to see that we're all together and we're all safe and certainly we give God the credit for that.”

Their wildfire efforts extend beyond Sunday service. Estacada First Baptist Church is offering low-cost fans and filters to clean air in homes after all the smoke.

One of their pastors went to Idaho to escape the fires, where filters and fan were still in stock. While there he picked up about 50 box fan and 100 filters to bring back to help his community.

“It's certainly been a trying time, but it's always amazing how Estacada comes together in times like this,” Dodrill said.

The fans and filters cost the church $26. So they’re asking for a donation of that amount or whatever families are able to give for the fan and filter combo.

Meanwhile, Pastor Swanson will be back in her Mill City Sanctuary next Sunday for virtual service. She looks forward to the day her congregation can once again worship in person, but for now she's keeping the faith.

“This is our way of doing it with a modern twist. Will I be happy to be back in the sanctuary with everyone there? Absolutely,” Swanson said. “It’ll be nice to be back with our fellowship hour and be able to hug again. We know that’s down the road, but we also know that this is one way that we can express our love for each other our love for God.”