Wave Broadband sent customers bills for equipment destroyed in wildfires, such as cable boxes and modems. The company later apologized and removed the charges. 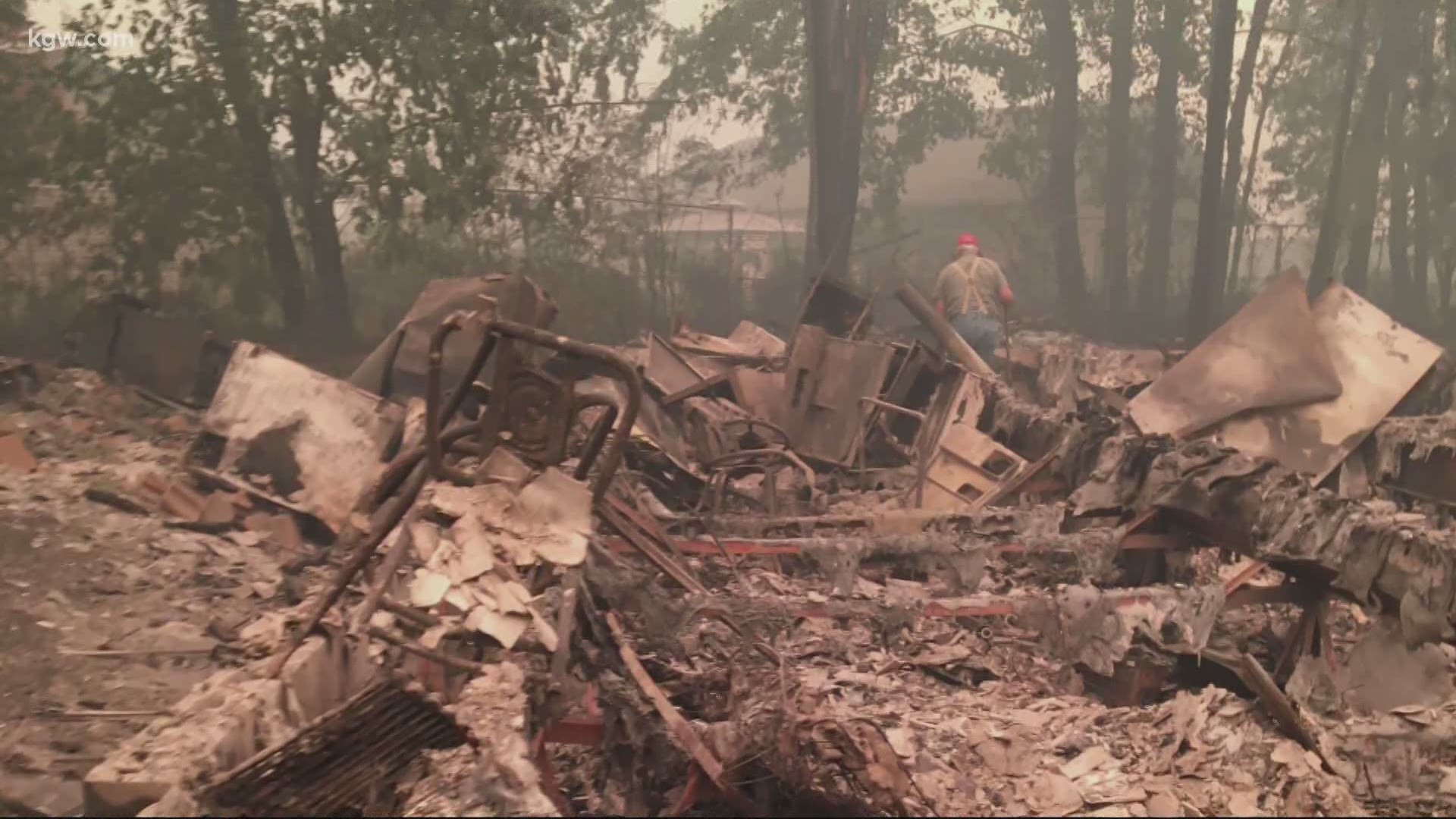 PORTLAND, Ore. — A cable company that provides television, phone and internet service to wildfire ravaged communities in Oregon apologized after charging customers for equipment burned or lost in the fires.

“I just think it is horrible,” said Vickie Larson.

She and her husband are living in a travel trailer after wildfires decimated their home in the town of Gates.

Last week, Larson called various utility companies to let them know her house was destroyed. She later got a bill from Wave Broadband for $603. A customer service representative told Larson the $603 bill was for cable equipment lost in the fire, and she was responsible

“You should have some compassion for the people you are dealing with right now, especially in one of the most horrible times of their lives,” said Larson.

RELATED: A look inside the Beachie Creek Fire area

Another wildfire victim complained of a similar experience with Wave Broadband.

“I didn’t think to run back into the fire to save my Wave equipment, that was not on my mind,” said Rachel Robertson of Otis. Robertson lost her home in the Echo Mountain Fire in Lincoln County.

Robertson said a Wave Broadband customer service representative told her she’d have to pay for equipment lost in the fire, such as a cable box and modem. She later received a bill from Wave Broadband for $691.

“The last thing that the victims of wildfire need to be thinking about is how am I going to pay hundreds of dollars for equipment that I never even thought to save,” said Robertson.

When KGW inquired about the billing practice, Wave Broadband apologized and said customer service representatives had referred to general policies on equipment loss that didn’t factor in natural disasters such as wildfires. The company has since updated customer service reps on company policy and is working to take care of customers affected.

"I want to make two things clear: First, our full sympathies are with those affected by the wildfires in and around our communities. In addition, nobody affected by the fires is responsible for lost, damaged, or destroyed equipment, as this is the last thing anyone should worry about now,” Jared Sonne, Wave Broadband’s senior vice president of operations, said in a written statement.

RELATED: What should you do when returning home after evacuating? Here are some tips

Shortly after KGW started asking questions, Rachel Robertson said she got a call from Wave Broadband. The charges for lost equipment had been removed from her bill.

“Thanks for going to bat for us,” Robertson wrote in a text message to KGW. “None of us needed this.”