Fire leads to evacuations in The Dalles

The Chenowith Rim Fire has burned roughly 50 acres on the west side of The Dalles. 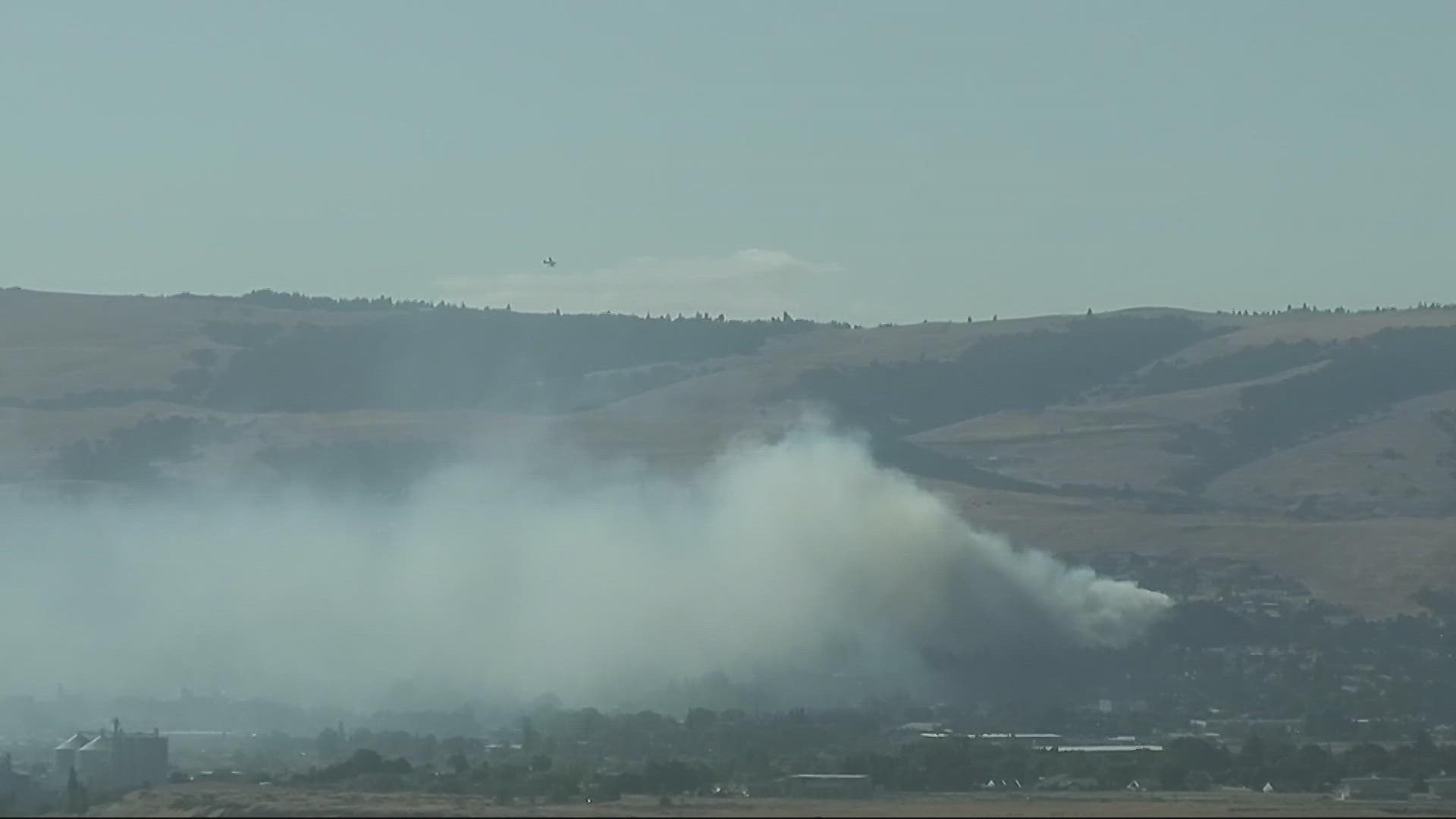 THE DALLES, Ore. — Some people on the west end of The Dalles have evacuated their homes because of a fire that broke out late Tuesday afternoon.

The fire, now called the Chenowith Rim Fire, started shortly after 4 p.m. on near an apartment complex off West 13th Street and Irvine Street. By 7:30 p.m., it had burned roughly 50 acres, mostly in steep terrain, U.S. Forest Service officials said.

A quick response by multiple agencies was instrumental in stopping the forward progression of a wildfire originating in the SW area of The Dalles today. Fire Crews will continue constructing containment line, and monitor the fire until it is fully suppressed. #getafterit #fire pic.twitter.com/S3xB5iqoQ0

By 9 p.m., crews were still building a containment line and monitoring the fire for hot spots.

People living southwest of West 13th Street were under a level 3 "go now" evacuation order until about 10 p.m., when the order was lowered to level 2 "get set," according to the Wasco County Sheriff's Office. Check here for the latest evacuation information.

The U.S. Forest Service and Mid-Columbia Fire & Rescue are handling the fire response.