Fire officials emphasize that although some groups of firefighters are moving on, the number of personnel is holding steady. 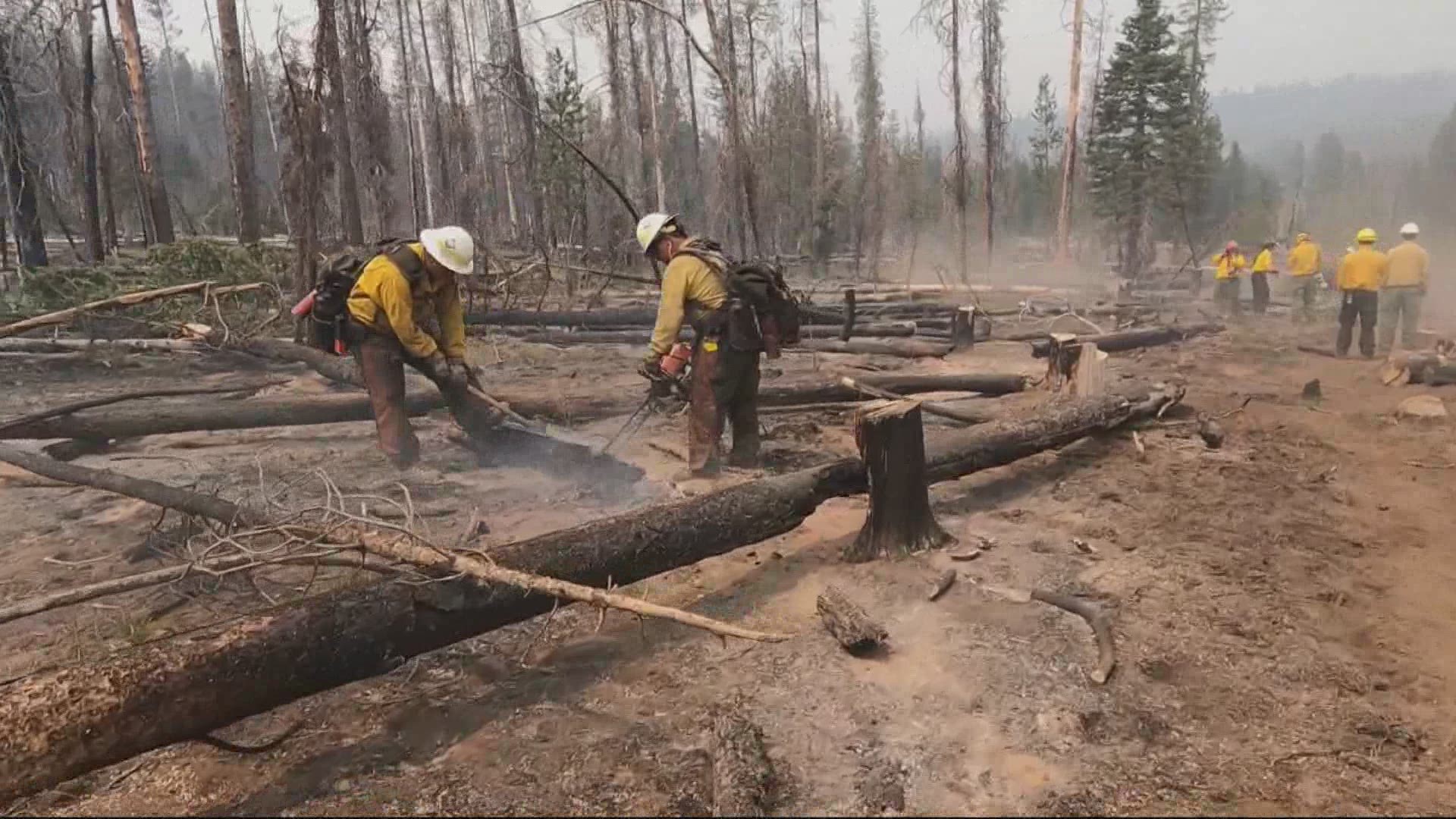 Over the weekend, the Multnomah County Task Force, made up of units from Portland, Gresham, and Corbett fire departments, returned home.

The Oregon State Fire Marshal’s office had requested the task force work the front lines of the Bootleg Fire for 14 days. Marcus Kauffman with the Oregon Department of Forestry said that's a typical stint for firefighters in a disaster like this. He said this is especially true for crews mobilized to protect structures.

"We'll eventually start to downsize this force," Kauffman explained. "It's really an indicator of the threat to the structures. And as that threat diminishes, they release those structural resources, and they go back home."

Thanks in part to cooler, damper weather, firefighters have managed to gain 53% containment as of Monday. The Bootleg Fire has burned 409,611 acres, about twice the size of New York City.

RELATED: Yes, wildfires can create their own storms

More than 2,200 personnel are working on the wildfire, which is the largest currently burning in the country.

"[The firefighters] are unbelievable—from all different areas," said Donna Kness, owner of the Breadwagon in Bly.

Her business has received thousands in donations to help feed fire victims and firefighters.

"When they come up here and we don't charge them, they get teary eyed," Kness said. "They're like, 'no, but we want to pay, we want to pay,' and we're like, 'we appreciate what you're doing for our community.'"

Kauffman emphasized that although some groups of firefighters are moving on, the number of personnel is holding steady.

Although weather conditions have improved, some communities are still threatened to the north and east of the fire. Flames have destroyed at least 67 homes in the last three weeks.

"It's all about protecting life, people, and property."

RELATED: Family who lost everything to Bootleg Fire setting out to keep hot spots from flaring up