Governor Kate Brown viewed the damage from the ground and in the air Monday. Statewide, officials say more than a million acres have burned. 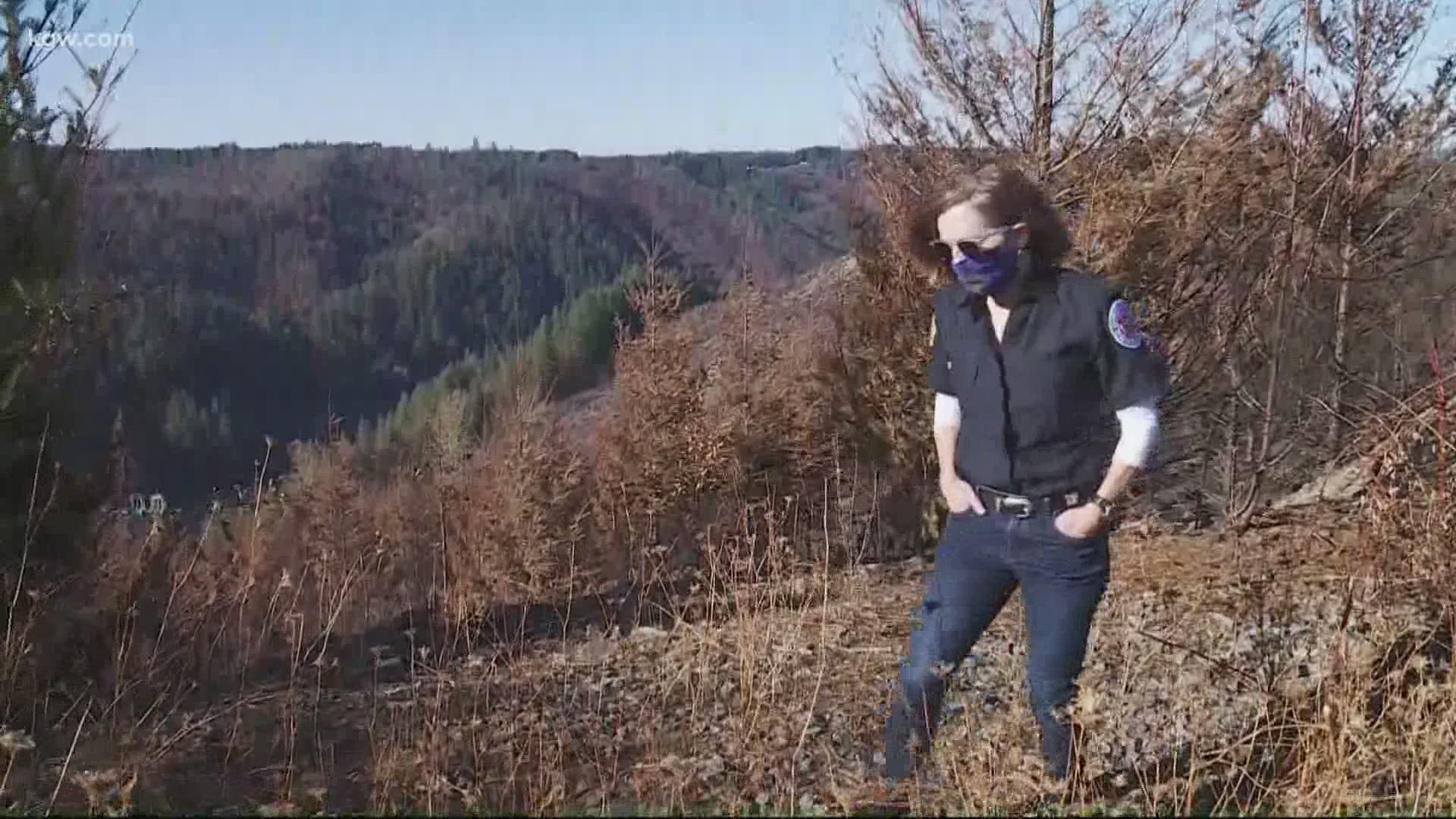 She viewed the damage from the ground and in the air. Statewide, officials say more than a million acres have burned.

"It's absolutely heartbreaking, the amount of timber that we've lost," Governor Brown said. "It could keep the mills going for the next forty years."

Officials also estimate nearly 2,300 homes have been destroyed, and they worry help for those impacted is dwindling.

"The response is starting to ebb. We had tremendous resources come in from all over the country to help with the response to the fires. Now we have to look at how we recover, and how hopefully we can mitigate future impacts from disasters like wildfires," said Andrew Phelps, director of the Oregon Office of Emergency Management.

Governor Brown's tour lasted for hours. She's taking similar ones across Oregon, to give her a better idea of how to build a 'statewide recovery plan'.

"This is going to be a real challenge to recover from this extensive of a fire and then the other three small ones," she said. "But we're Oregon. We're tough, we're strong and we can make it happen."