The Kincade Fire in Sonoma County is being fueled by historic winds and has caused nearly 180,000 people to flee their homes. 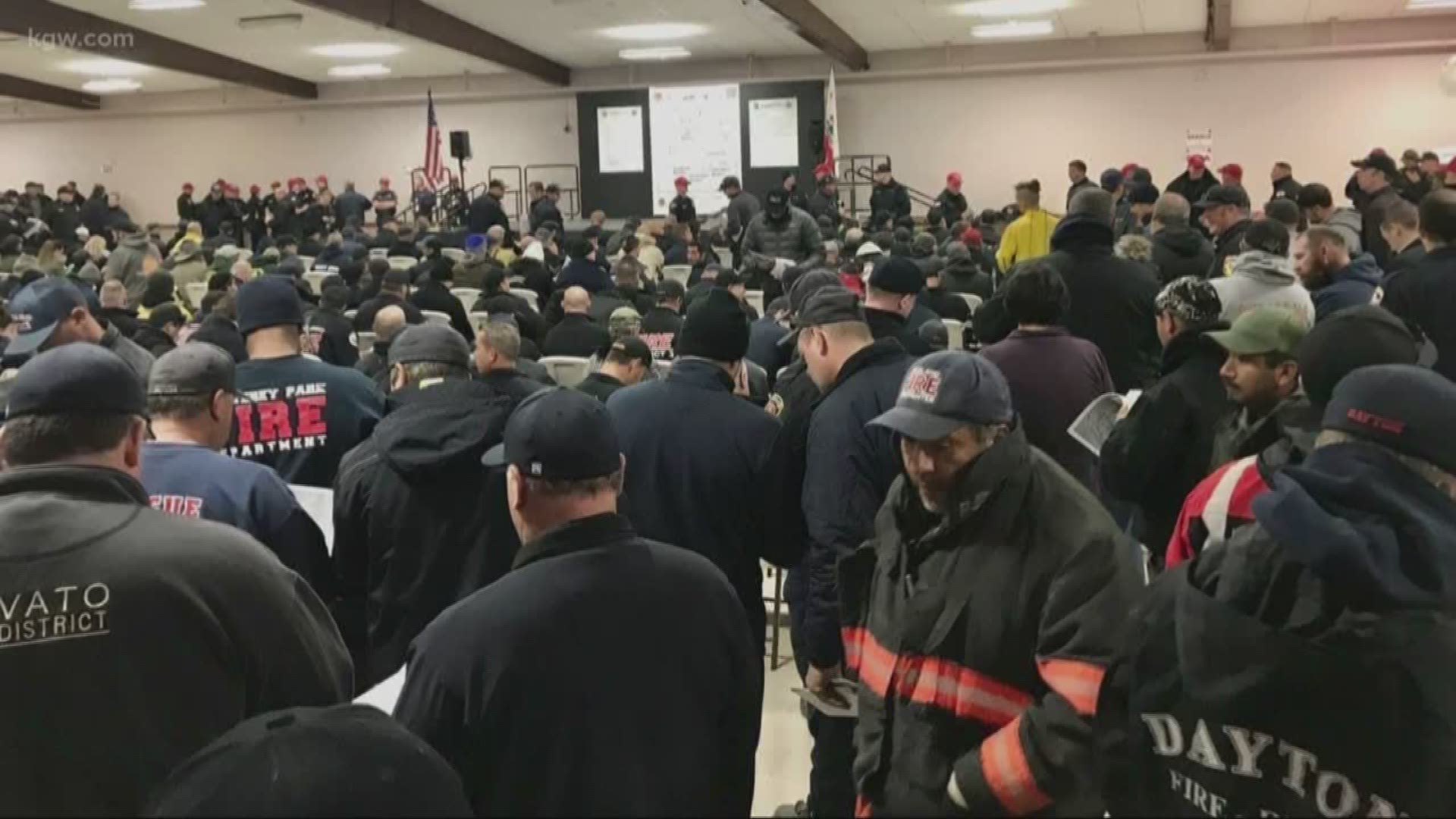 The largest of the fires, the Kincade Fire in Sonoma County, is being fueled by historic winds and has caused nearly 180,000 people to flee their homes. California Gov. Gavin Newsom has declared a statewide emergency.

The evacuations cover parts of Santa Rosa, a city of 175,000 that was devastated by a wildfire two years ago. The latest evacuation orders came after Pacific Gas & Electric shut off power to 2.3 million people across 36 counties on Saturday as a precaution to prevent other wildfires.

“This community has dealt with many, many fires over the last several years, catastrophic fire, and we come in from out of state, we’ve been very, very fortunate in Oregon not to have these catastrophic fires, so we come in here and it’s hard for us to see them and know that they’re dealing with that,” explained Tualatin Valley Fire and Rescue Assistant Chief Les Hallman. “Even the firefighters that are on the line with us, a lot of them either have lost homes themselves, or have family or friends that have lost homes, so it’s always humbling to work side by side in that situation.”

The wind event is expected to last until Monday, the National Weather Service said.

California made a request for assistance through the Emergency Management Assistance Compact, a national state-to-state mutual aid system, and the Oregon State Fire Marshal authorized the mobilization of 15 strike teams.

Nine of the 15 teams are helping fight the Kincade Fire. Crews are supporting efforts to protect structures and build fire lines.

Another group, comprised of six teams, are helping fight the Burris Fire, a 350-acre fire in Mendocino County. Five of the teams are working to secure lines and mop up the Burris Fire, while one team was assigned to respond to a new fire called the Twin Fire.

“It is still extremely dry here,” Hallman said. “They were seeing what’s called a spot fire yesterday a mile away. We have what’s called a probability of ignition and right now, it’s about 95%, so that means if an ember hits something, there’s a 95% chance that that’s going to ignite, that is catastrophic condition. We’re in single digit humidity, you couldn’t ask for a worse fire condition right now.”

The deployment could last as long as 16 days.

The Kincade Fire began Wednesday night and is only 10% contained, the California Department of Forestry and Fire Protection said Sunday. It has burned 47 square miles and has destroyed 79 structures.

In addition to the Kincade Fire, smoke from a second wildfire in the San Francisco Bay Area briefly halted traffic on a bridge and came dangerously close to homes in Vallejo, which is 55 miles south of Geyserville where the massive Kincade Fire is burning.

In the south, a wildfire dubbed the Tick Fire in the Santa Clarita area near Los Angeles has destroyed 18 structures, threatened homes and critical infrastructure. The Tick Fire is 65% contained.