Wildfire-ravaged community of Gates receives some relief from Marion County

Gates Mayor Ron Carmickle says a $50,000 check from Marion County will help put the city in a better position to recover and rebuild. 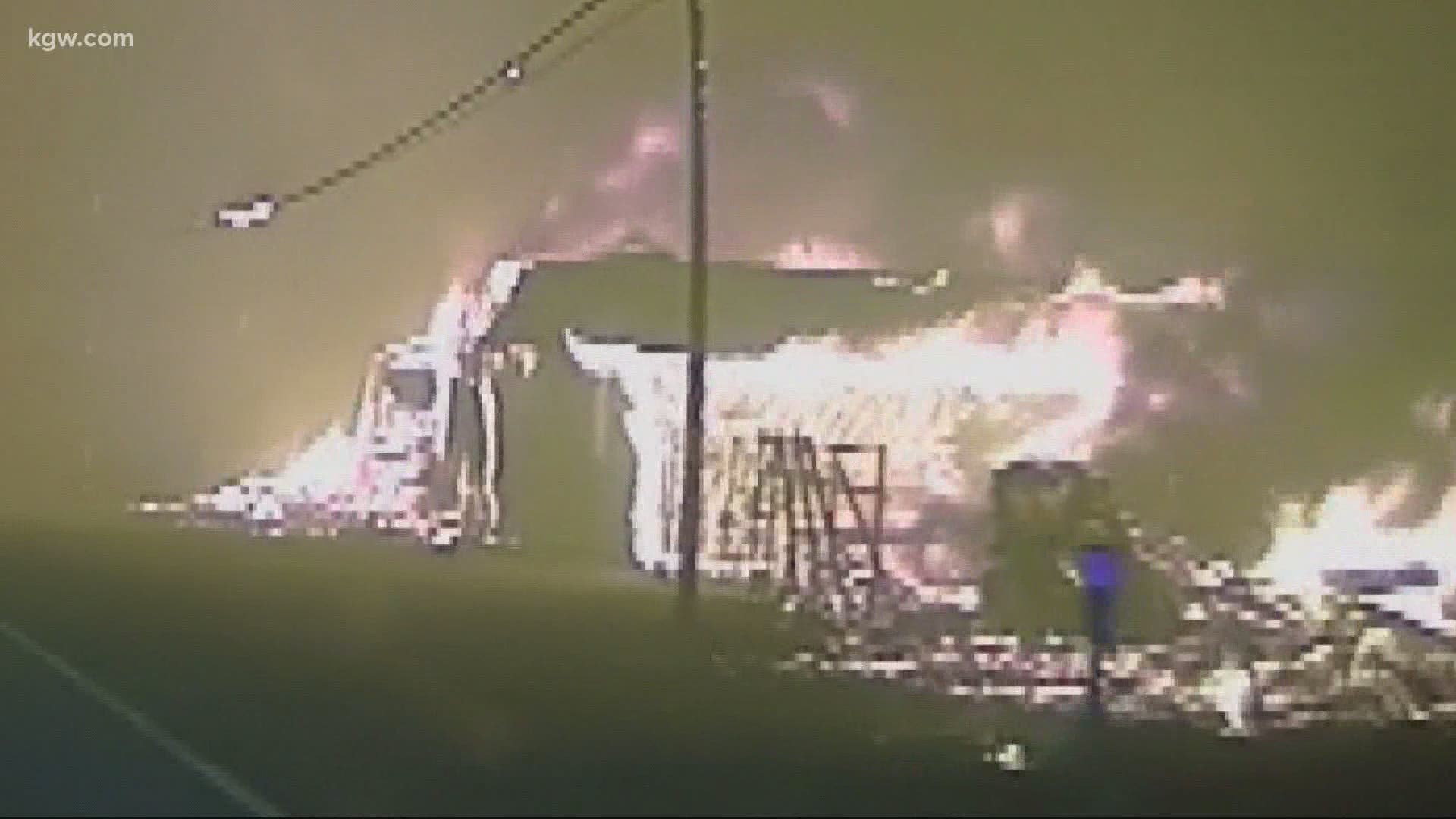 GATES, Ore — It's been almost five months since wildfires devastated communities in the Santiam Canyon.

Finally, a city on the verge of collapse got some relief. Last week Gates city leaders sent out an urgent plea for help and shared their desperation with us, saying the Beachie Creek Fire wiped out half of what was there and erased almost half the city’s revenue.

They warned us that Gates may not survive. They spent months meeting with elected officials and pushing for money to make up for lost revenue to fund utilities and payroll to keep the city functioning.

The county said it's working on a long term disaster recovery program and set aside $500,000 in video lottery proceeds and general fund money to help communities in the canyon get back on their feet.

Gates Mayor Ron Carmickle said this will help put the city in a better position to recover and rebuild.

"I think they finally took notice and realized that we are in a desperate situation. We’re looking at bankruptcy or worse, you know, at this point," Carmickle said. "So the money they give us is going to help us, of course, for the short-term. But in the long-term that’s just going to be a little drop in the bucket. It’s a little bandage on a big problem."

Carmickle said they would have needed to charge those whose homes were spared a lot more for water services. He doesn’t expect they’ll have to do that now.

But the mayor said millions more from the county, state and federal government is needed in the Santiam Canyon, and other areas hit hard by September’s wildfires.

Marion County said when it became aware of Gates' immediate financial needs, commissioners and its chief administrative officer authorized the $50,000 to replace utility revenue and ensure the city can continue to operate and pay staff in the short term.

"Our goal is to help cities get through the fiscal year as they, and Marion County, apply for FEMA Public Assistance, state grants, and other funding," county spokeswoman Jolene Kelley said in an email.

"We want to do all we can to encourage people to return or remain in the Santiam Canyon and contribute to the future prosperity of the region," Kelly added.

RELATED: 'We're going to make sure it stays': Camp for Oregonians with disabilities mostly destroyed in Beachie Creek Fire