Sarah Andrews says thousands of linemen are working a dangerous job and getting no appreciation. 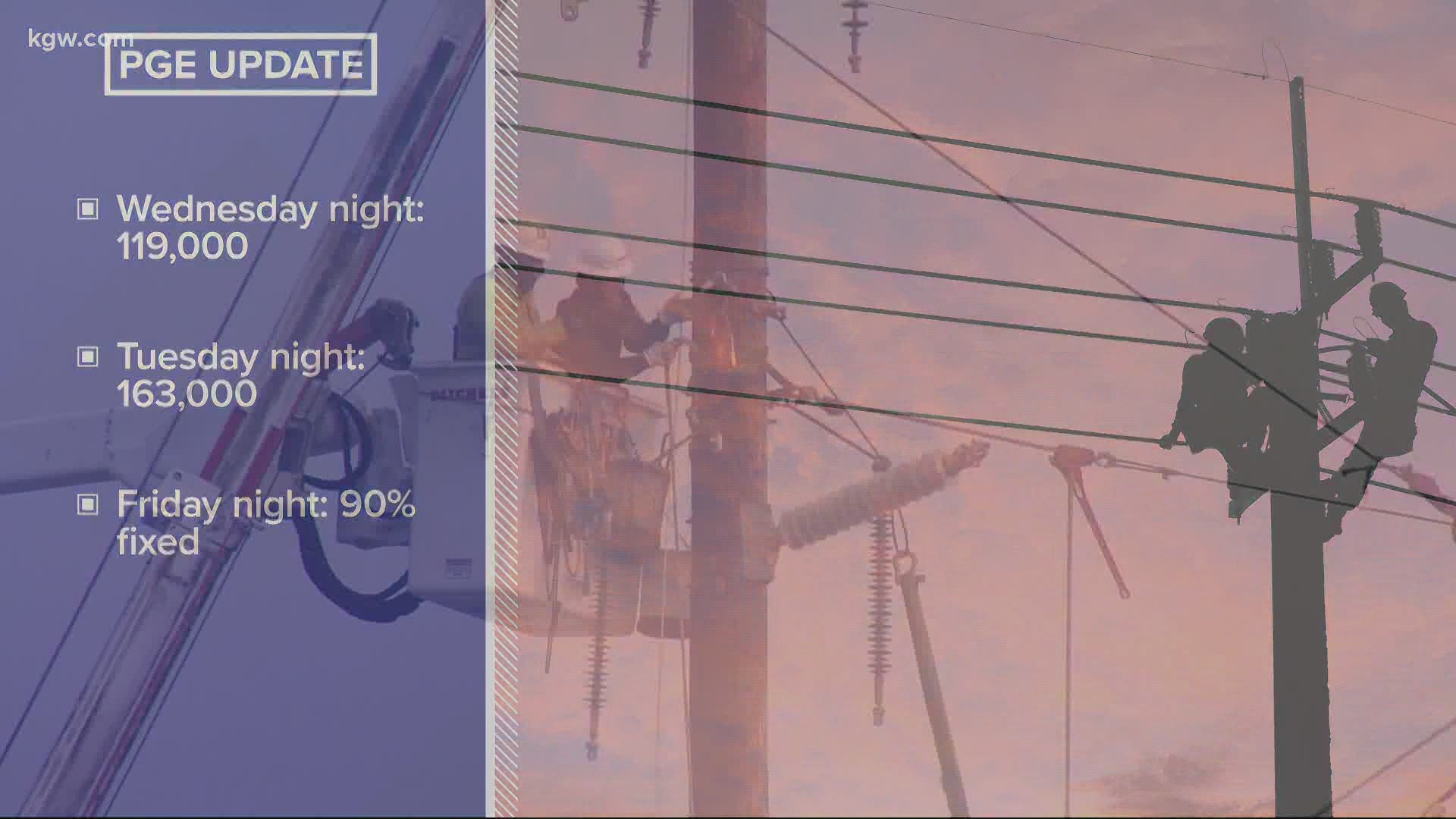 PORTLAND, Ore. — The spouse of one of the thousands of men and women working to restore power across the region is pleading for patience and understanding.

"The linemen power the world honestly," said Sarah Andrews. "If it wasn't for them, we wouldn't be where we're at."

Andrews last saw her husband three days ago. She says he is bouncing around the Portland metro area trying to get the lights back on. She has been on pins and needles.

"He could get hurt really bad and I wouldn't know until I get a phone call from one of the power companies because I'm down for his emergency contact," she said. "When your phone rings, you're constantly wondering, 'Okay, is he okay, is everything okay, did everything go okay?"

So much runs through Andrews' mind when her husband's on a job because it is so dangerous.

"Ice and snow has a huge factor of weight and load that if you're not watching that, if you're trying to restore, you could end up having someone hurt on a simple application," he said. "It's everything - slips, trips, falls."

Eri says the linemen are sometimes working in awful conditions and on little to no sleep.

"It depends on the job," he said. "They won't pull off a job if they're close to restoring, so many times it goes past 16 hours."

If anybody understands that, it's Andrews. Her husband has been working around power lines for more than a decade. She says often he gets no appreciation. This time, she says, is no different.

"I'm seeing a lack of appreciation," Andrews said. "It makes me sad because they're out there working their butts off for us to have our power."

Andrews is hoping those without power can show a little compassion for those working to restore it.

"I get it's an inconvenience but these guys are putting their lives on the line just like all of the other first responders," she said.