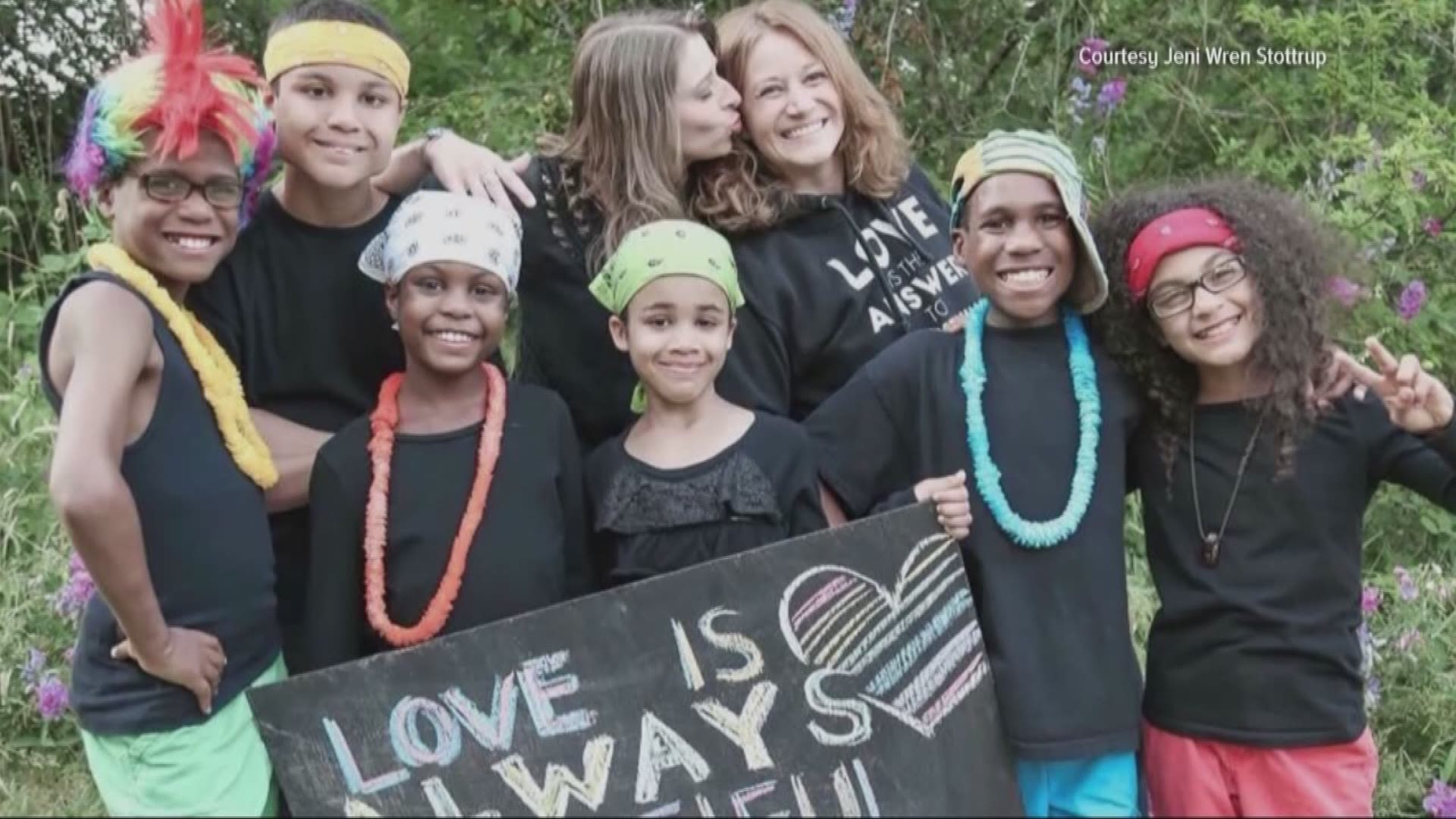 PORTLAND, Ore. – Before Jennifer Hart drove her family’s SUV off of a California cliff, killing her wife, Sarah, and at least three of their six children, there were several child welfare complaints against the mothers with allegations ranging from withholding food as a punishment to beating one of their daughters with a belt.

The family moved from Minnesota, to Oregon, and then to Washington. In each state, either neighbors or teachers reported possible child abuse and authorities investigated the complaints.

But when the Harts left Oregon and moved to Washington less than a year ago, Oregon never told Washington officials about the issues. And when the Harts moved to Oregon from Minnesota, it’s likely that state didn’t report anything amiss, either.

Information about specific child welfare cases is difficult to come by because much of the information is protected under privacy laws as the cases involve minors.

But in general, Oregon’s Department of Human Services explained when they would, and would not, report child welfare concerns to other states.

“If a case is closed and a family moves, the Department of Human Services would not notify the other state as we don’t track families once cases are closed," said Christine Stone, spokeswoman for DHS.

Stone said if the family moves when a case is still open, Oregon would notify the other state if there were child safety issues that officials believe still need to be addressed.

“If the assessment were closing and children were determined safe in our state, a new report to the other state would not likely need to occur,” she said.

In addition, there is no national database for child welfare cases, so one state can’t search any kind of master database to find out whether a family has a history of alleged abuse.

States are required to keep a database of child welfare reports, but states don’t have access to each other’s databases.

Stone said other states will sometimes reach out when they open a new child welfare case.

“It is common for Oregon as well as other states to request Child Protective Services information on families when they have an open assessment/open case and there is reason to believe they resided in another state,” she said.

A spokeswoman for Washington state's Department of Social and Health Services said there is no requirement for families to report to another state before they move out of the state, so it's possible Oregon and Minnesota didn't even know when the Hart family left those states.

A domestic abuse case involving Sarah Hart in 2011 was closed before she moved from Minnesota to Oregon.

Another child welfare complaint was filed by a neighbor in Oregon against the Harts in 2013 but the neighbor said she was told that Oregon officials determined there was not enough evidence to make a case. Because of this, Oregon would not have notified Washington state of any child welfare concerns when the Harts moved in 2017.

The Hart’s neighbors in Washington reported the family to Washington state’s Child Protective Services on March 23, 2018. After CPS visited the home, the family left for California.

Sarah, Jennifer and three of their children were found dead at the base of a cliff three days later. The Hart’s three other children are missing and presumed dead.