Who is Jeremy Christian?

Nearly three years after he stabbed three people on a Portland MAX train, Jeremy Christian will face justice and the victims' families will get some closure. 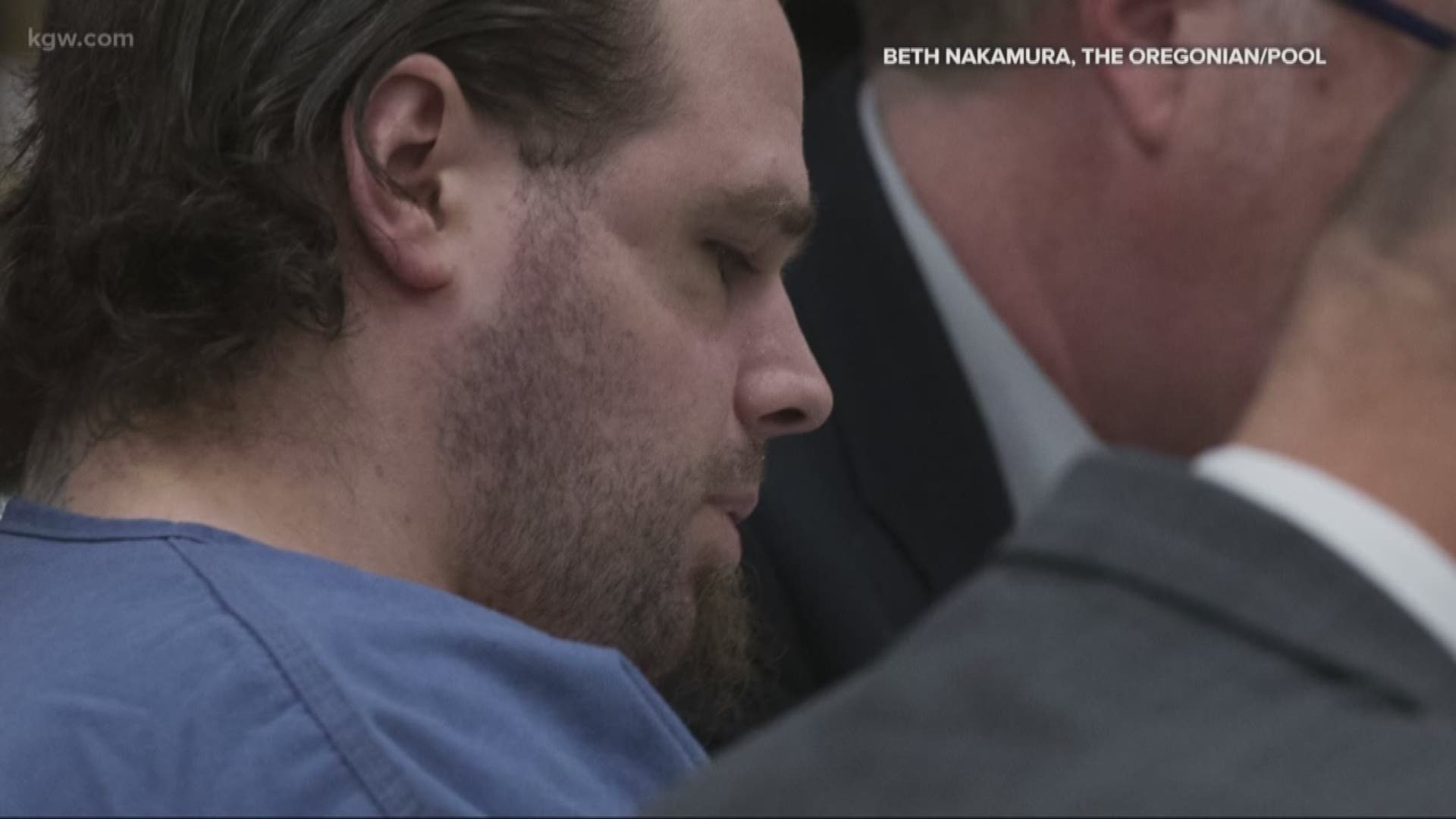 PORTLAND, Ore. — The murder trial of Jeremy Christian is set to begin this Tuesday in Portland, in what will likely become the most high-profile trial in the city's recent history.

Christian is accused of boarding a crowded MAX train in May 2017 and aiming a racist, hate-filled rant at two black teenage girls, one of whom was wearing a hijab.

He’s then accused of stabbing three men who intervened or stood nearby.

Two of the men, Ricky Best and Taliesin Namkai-Meche, died. The third, Micah Fletcher, was gravely wounded but survived.

Christian faces a long list of charges, including two counts of first-degree murder and one of attempted murder.

At the time of the attack, Christian was 35 years old. He had spent most of his life living in his mother's house in North Portland, and according to a psychiatric evaluation requested by his attorneys, he has "never had his own apartment or lived independently ... he has had no competitive employment for longer than a few weeks."

At one point, Christian was asked about romantic relationships and blatantly answered that he didn't want to date. Christian spent some time trying to sell comic books outside Powell's Books, but also had dreams of selling his comic book collection and moving to Brazil to live among tribes in the Amazon.

The evaluation was conducted by Seattle-based psychologist Dr. Mark Cunningham, who added Christian "relates to others by preaching to them to 'educate' them" and has chosen "not to participate in a society where he was marginalized."

Christian's tendencies to rant about religion, race and politics were made clear in several instances during the past few years.

A KGW crew briefly interviewed Christian during a political rally a month before the stabbings in April 2017. On camera, Christian yelled about his free speech rights, religion and politics, among other things.

"The only political affiliation that makes sense is nihilism. I'm not on any of your sides. I'm the news. I'm the news ... they don't like me here, they can get the f*** outta here," Christian yelled.

Christian was also recorded on camera ranting and yelling aboard a MAX train the night before the deadly stabbings.

Court records and witness reports indicate Christian went on a similar rant on May 26, 2017 before killing two men and injuring another.

Another psychiatric evaluation by a separate team of experts was requested by the defense attorney's office, but they're not disclosing whether that evaluation was actually carried out. When asked about it, a representative with the DA's office said, "no comment."

The evaluation KGW had access to also talked about Christian's time in prison. He was convicted in 2002 for an armed robbery, during which a Portland police officer shot at Christian, hitting him in the face.

Christian spent much of his 8-year sentence in solitary confinement, where he considered taking his own life.

The evaluation - which, again, was facilitated through Christian's lawyers - says, "notably absent from Mr. Christian's fervent espousal of beliefs and opinions was any semblance of assertions of white supremacy. Quite the contrary, he asserted that persons holding beliefs that one group, race, religion, or political system is superior are the fundamental problem with fascism, communism and monotheism -- leading to intolerance, war and genocide."

At the time of the stabbings in May 2017, reporters dug through Christian's Facebook page, which included several posts advocating white supremacy. Christian went on to call himself a nationalist for Vinland, a short-lived 10th century viking settlement in North America. He also called Timothy McVeigh a "true patriot" and featured a meme advocating for removing mosques "because of 9/11."

The evaluation also says Christian's "provocative behaviors" become more pronounced when he's been drinking. He admitted to drinking Sangria and smoking marijuana the night before the MAX stabbings, when he threw a bottle at a black woman.

"We got a Christian or Muslim f***ing bus driver. I'll stab you too!" Christian is seen yelling in a cell phone video that night.

The next day, May, 26, 2017, Christian was drinking Sangria again aboard the MAX when he started ranting about religion and politics.

"You don't like free speech? Move to Saudi Arabia and see how that works," he's reported as saying. "Get your head cut off!"

The psychiatric evaluation claims Christian wasn't paying any particular attention to the two black teenage girls who police said were targets of his racist rant. Christian also said the lone survivor of the attack, Micah Fletcher, pushed him and told him to get off the train at that time.

When the other two victims approached, the report says Christian thought, "he was about to be beaten up by several men" and "recalled this vulnerability as feeling like prison," the only context where he has had to fight multiple assailants.

The report states Christian's account is in line with what's in that unreleased video. That video is expected to be played in court next week as Christian's trial gets underway.

Finally, the report concludes Christian "appears to have self-medicated his anxiety with substance abuse" and "exhibits reactions consistent with post-traumatic stress disorder." He adds Christian would need a formal diagnosis for this kind of disorder.

If convicted, Christian could face anywhere from 30 years to life in prison.