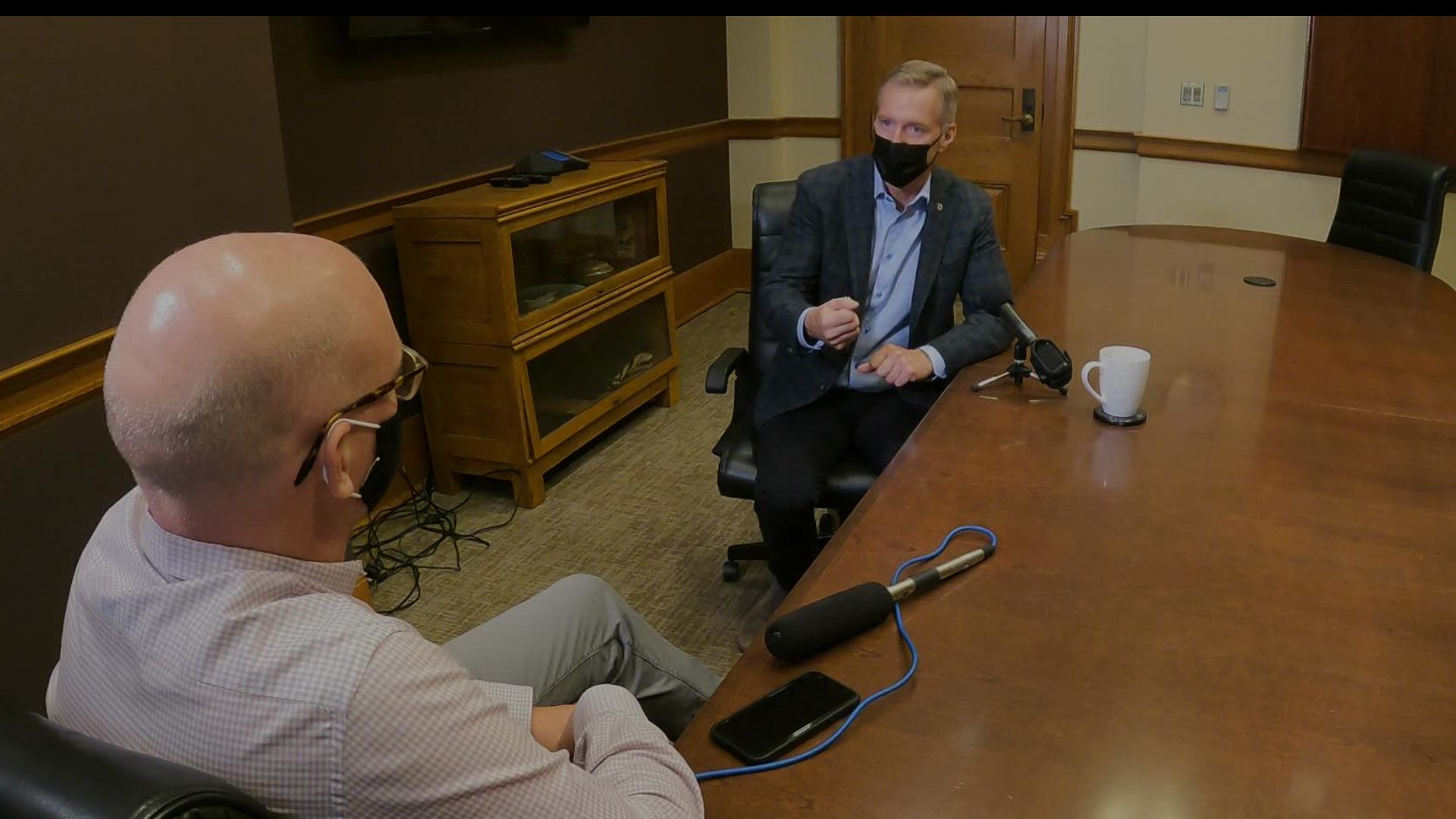 PORTLAND, Ore. — Gun violence is the latest crisis to plague Portland. The city surpassed 1,000 shootings this year; 320 people have been injured and many have died as a result.

Mayor Ted Wheeler sat down for an interview with KGW reporter Mike Benner on Thursday to discuss his plan for responding to the unprecedented gun violence.

Wheeler said he will make several proposals during the city's upcoming budget adjustment process known as the "fall bump."  Those proposals include reintroducing a gun violence intervention team to the Portland Police Bureau (PPB), rehiring retired officers to address a police staffing shortage and equipping officers with body worn cameras to maintain accountability.

Wheeler estimated the body cameras could take more than a year to implement.

"The reality is more Portlanders are saying they don't feel safe in their community. [...] The way we make sure people are safe is making sure we have a police bureau with the adequate tools, resources, training and staffing required to do the job effectively," Wheeler said.

"There is no question in my mind that if we have the focused intervention team fully staffed [and deployed], which I expect to have happen next month, in addition to the enhanced community team that I directed the chief to deploy several months ago, that makes sure we have investigative follow up for gun violence, and if we add to that a longer term strategy around rebuilding the Portland Police Bureau so we can get back to community policing, which is what we should be doing in the first place ... this will definitely have an impact on reducing gun violence," Wheeler said.

He added, "I want to be clear. People will say, 'There goes Ted saying he wants to increase police. What happened to reform?' I don't think making sure PPB has the adequate tools, resources, training and personnel is any way inconsistent with also implementing more community oversight, transparency and accountability."

Wheeler indicated that he was not surprised by the spike in shootings, pointing out that he proposed increasing funding for PPB to city council last March but was met with no support from commissioners. He said he believes city council will support his proposals this time around.

The mayor touched on other issues that have gotten worse in Portland in recent years — namely homelessness. He said he wants to create "safe and humane" alternatives to unsanctioned campsites and ban camping in certain areas, like near schools or in sensitive natural areas.

He also said he understands many Portlanders are angry about the state of the city, and that he accepts the blame.

"My focus is on putting actionable plans into place and showing results," Wheeler said. "When the results come in, then I would expect people to see that we've made good on our word."