What you need to know about measles: common questions answered

As the number of cases continues to increase, we're answering some of the most common questions about the disease. 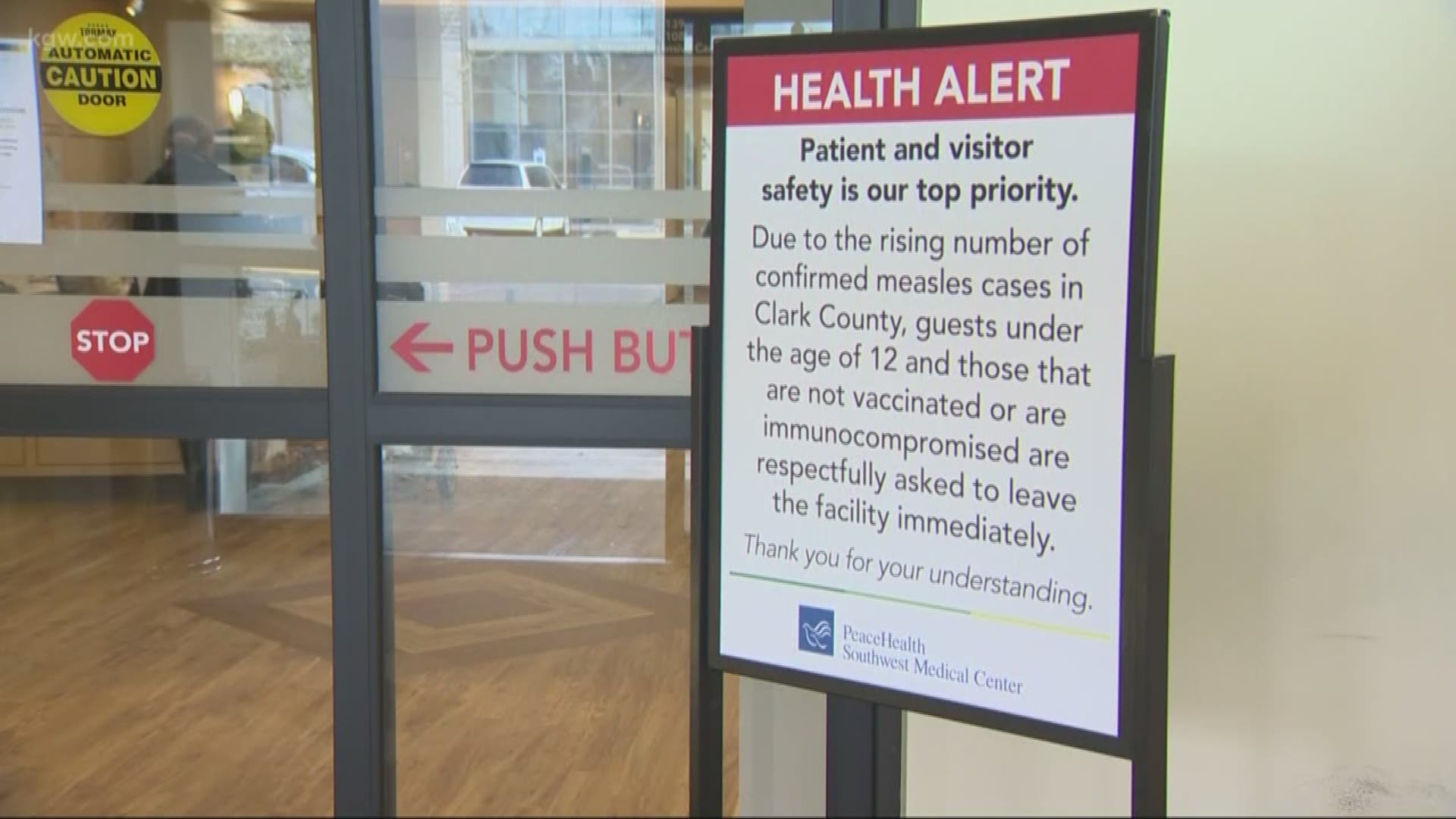 PORTLAND, Ore. — The number of confirmed measles cases is growing by the day in Clark County, Washington.

Washington Gov. Jay Inslee declared a state of emergency in response to the outbreak. The declaration allows more statewide resources to become available to address the disease.

In addition to the dozens of Clark County cases, a Seattle-area man who recently visited Southwest Washington has measles, officials said.

The outbreak has also spread to Oregon, where one Multnomah County resident has measles, and officials say the case is linked to the Washington outbreak.

People with measles may have exposed others at health clinics, schools, restaurants and other locations, including OMSI, Portland International Airport and the Moda Center.

As the number of cases continues to rise, we're answering some of the most common questions about the disease.

How do you get measles?

Measles is a highly contagious illness. People with measles can spread the virus before they show symptoms. It is spread through the air when a person with measles coughs or sneezes, according to the Centers for Disease Control and Prevention.

What are the symptoms?

The illness can last up to three weeks.

How serious can measles be?

Measles is a potentially deadly disease.

The CDC says severe complications from measles include pneumonia and encephalitis (brain swelling).

According to the CDC:

The World Health Organization said approximately 110,000 people died from measles in 2017. Most of those people were children under the age of five. The number of worldwide deaths was much higher in 2000, when about 545,000 people died of measles.

The last reported measles death in the United States was in 2015, when an autopsy confirmed that a Washington woman who died of pneumonia had measles. No one suspected she had the disease.

What should you do if you think you might have measles?

Health officials say you should call your doctor immediately and explain what symptoms you have.

You should not go to the doctor without calling first. Health officials warn you could infect other people at a doctor’s office or hospital.

Why do some parents decide not to vaccinate their kids?

At least 30 of the people who’ve contracted measles in Clark County were not immunized, Washington health officials said, and the majority of cases are children.

In Washington, vaccinations are required for school-aged children, but state law allows parents to opt their children out of vaccines for personal, religious or medical reasons.

Dr. Alan Melnick, a health officer for Clark, Cowlitz, Skamania and Wahkiakum counties in Washington, says the majority of exemptions to vaccines he sees are not related to religious or medical reasons — they're "philosophical or personal."

"What keeps me up at night is eventually having a child die from this completely preventable situation," Melnick said. "It's still out there, even though it's been debunked, that the measles vaccine results in autism. That's nonsense."

Amid the growing outbreak, Washington lawmakers introduced a bill that would ban personal exemptions for the measles, mumps and rubella (MMR) vaccine.

Vaccine resistance is one of the top 10 threats to global health in 2019, according to the World Health Organization.

How effective is the measles vaccine?

Is it possible to get measles if you’ve been vaccinated?

Yes, but it’s very unlikely. The CDC says about 3 percent of people who’ve been vaccinated will still get measles if they are exposed.

The good news is that vaccinated people are more likely to have a milder illness if they contract measles. They are also less likely to spread the disease to other people.

Read more frequently asked questions about measles from the CDC

The Associated Press and KING 5 News contributed to this report.