NOAA said it's unusual to see a whale that far up the river.

PORTLAND, Ore. — When JT Kaul, Carson Grant and another friend were fishing on the Columbia River near Sauvie Island Tuesday, they weren't expecting to see a gray whale.

The group was testing out new fishing gear for their company, Brad's Killer Fishing Gear.

"We noticed what we all thought originally was a sea lion way behind our boat because this time of year we have smelts and salmon in the river. So it's pretty common to see sea lion," Kaul said.

After seeing the whale surface, it became suddenly apparent it wasn't a sea lion.

They pulled in their fishing gear, pulled out their phones and waited for it to surface again. Sure enough, it surfaced twice right in front of their boats and was caught on camera.

"By the time that we recorded the video that everybody has seen at this point, it was about 20 or 30 yards off of the bow of my boat. It was pretty insane," Kaul said. "I'm glad we got it on video because nobody would've believed us otherwise, to be honest."

"Kind of one of those deals that you'll never forget. Once in a lifetime deal," Grant said.

The video of the whale has been shared more than 9,000 times on Facebook.

This time of year, around 15,000 gray whales migrate north to the waters off of Alaska in search of food. It's not abnormal to see whales in the Columbia. Most veer off course looking for food and eventually find their way back to the ocean.

An official with the National Oceanic and Atmospheric Administration (NOAA) said it is uncommon to see them this far up the river. Kaul agreed.

"We were at least 70 miles from the ocean. That was very uncommon. I've lived here my entire life, I've never seen that," Kaul said.

RELATED: 10 years ago, Katsuo Saito's fishing boat was lost in the Japan tsunami. It later washed up on the Oregon Coast 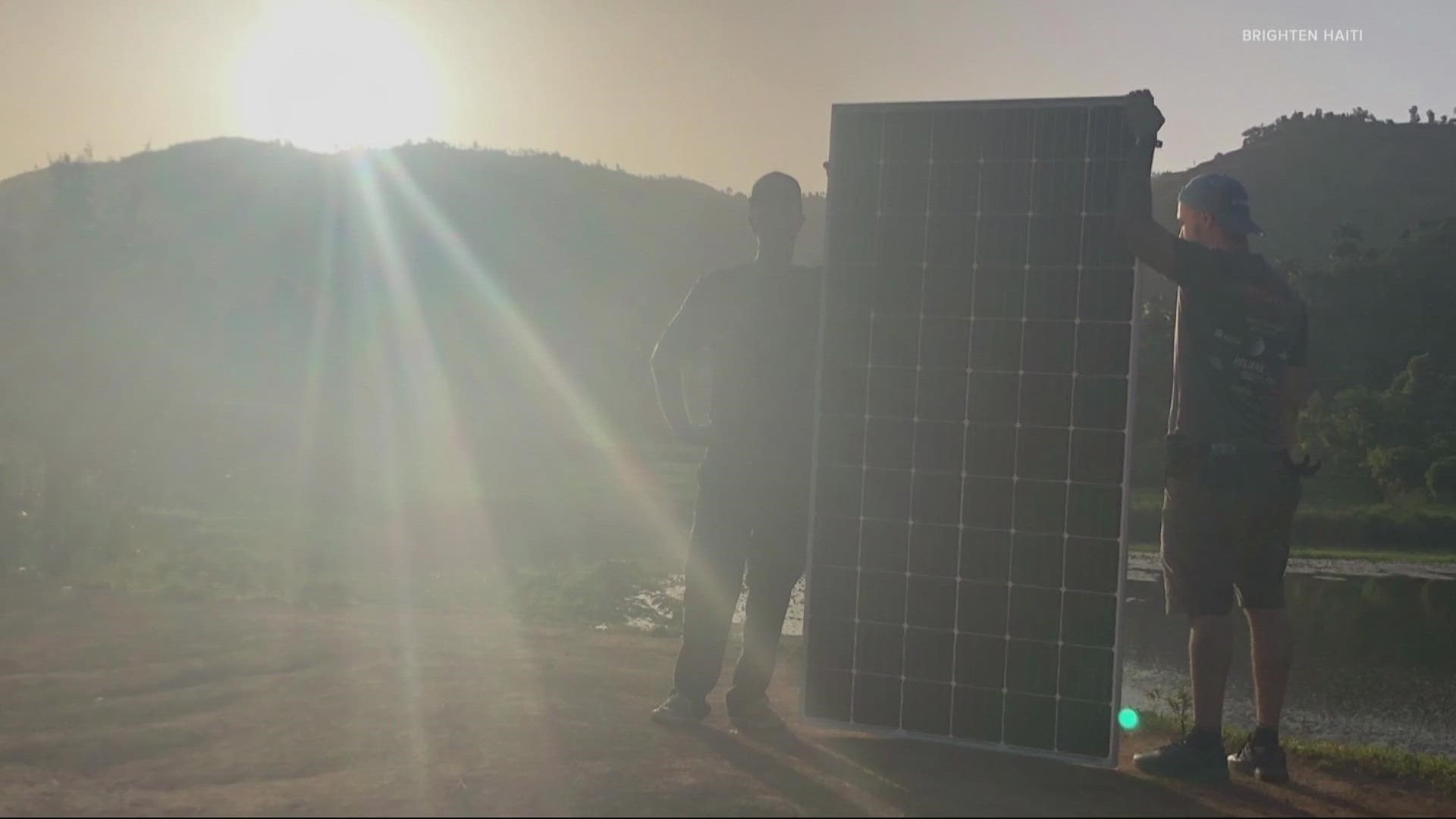 Mercy Corps announces plans to cut carbon emissions in half