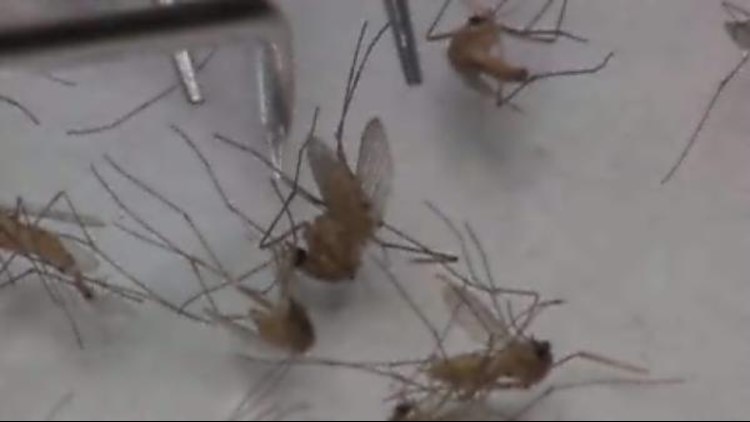 BEND, Ore. — State health officials say a case of West Nile virus has been confirmed in a horse east of Bend.

The Oregonian/OregonLive reports West Nile virus was first recorded in Oregon in 2003, but this is the first case recorded in Crook County.

The virus, which can spread in humans only through the bite of infected mosquitoes, is often fatal to horses.

Cases of West Nile virus have been recorded in Multnomah and Clackamas counties, the most recent in 2014 in Clackamas County.

Officials say eight people in Oregon contracted the virus in three different counties in 2019. Symptoms include fever, headache, stiff neck, fatigue and confusion, shaking, paralysis, rash and encephalitis - inflammation of the brain. About one in 150 people who are infected develop severe symptoms.